Archaeologists from the National Park Service are in the River Valley making sure construction can move forward at a Fort Smith landmark without disturbing the ... 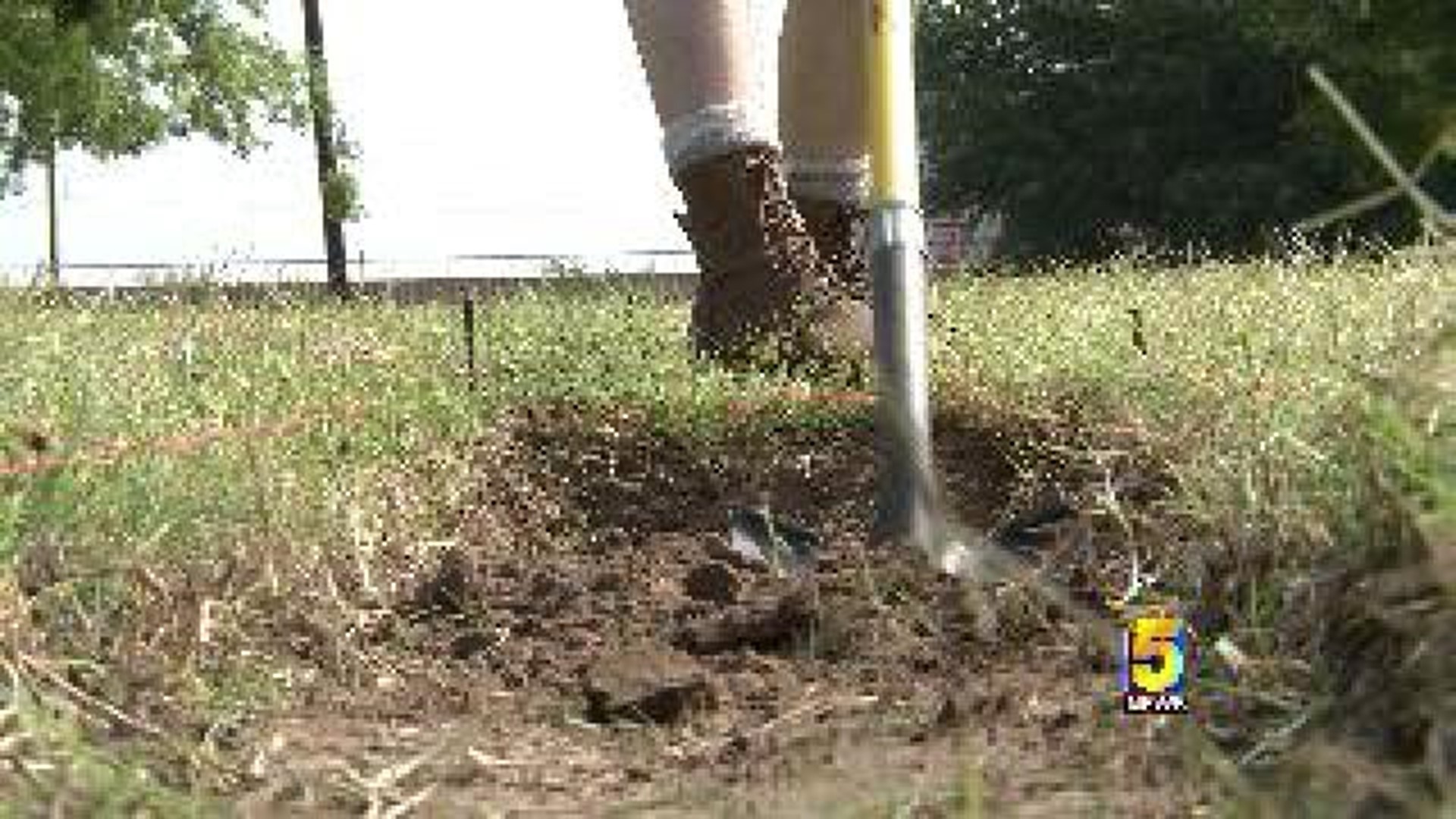 Archaeologists from the National Park Service are in the River Valley making sure construction can move forward at a Fort Smith landmark without disturbing the land that's underneath.

The team is looking for artifacts that could date back to prehistoric times at the Commissary Building on Garrison Avenue in Fort Smith.

The dig to make sure a proposed sidewalk construction project can be completed. Archeologists must give the green light since the proposed project is located next to the city’s oldest standing structure.

Construction could be delayed here if they find anything of extreme value.

The team began digging Tuesday morning (July 16). They’ve already found a handful of smaller items, including a flake of an arrowhead, which they say could've been used by Native Americans more than 3,000 years ago.

Archeologist Tim Schilling, who's leading the dig, says this project is about preserving history.

“There is that sort of notion of ‘Yes, you're finding artifacts,’” he said. “But what we're actually doing is building a story and telling the history of the Fort rather than merely finding artifacts.”

"As Fort Smith's oldest structure, it's extremely important,"  Michael Groomer, who works for Fort Smith National Historic Site, said. "Not just the Commissary, but the grounds all around. As part of the national parks service, and this is a parks service site, our mission is to preserve it and protect it for future generations."

The dig will continue through Thursday.

If the project is approved – the park will construct a sidewalk that overlooks the back door of the Commissary as well as the historic Frisco Depot. It’s all part of a bigger project which would open up the Commissary’s main interior to visitors.