BENTONVILLE, Ark. (KFSM) — Animal rescuers and advocates showed up in full force Tuesday (July 23) at the Bentonville City Council meeting to share what they th... 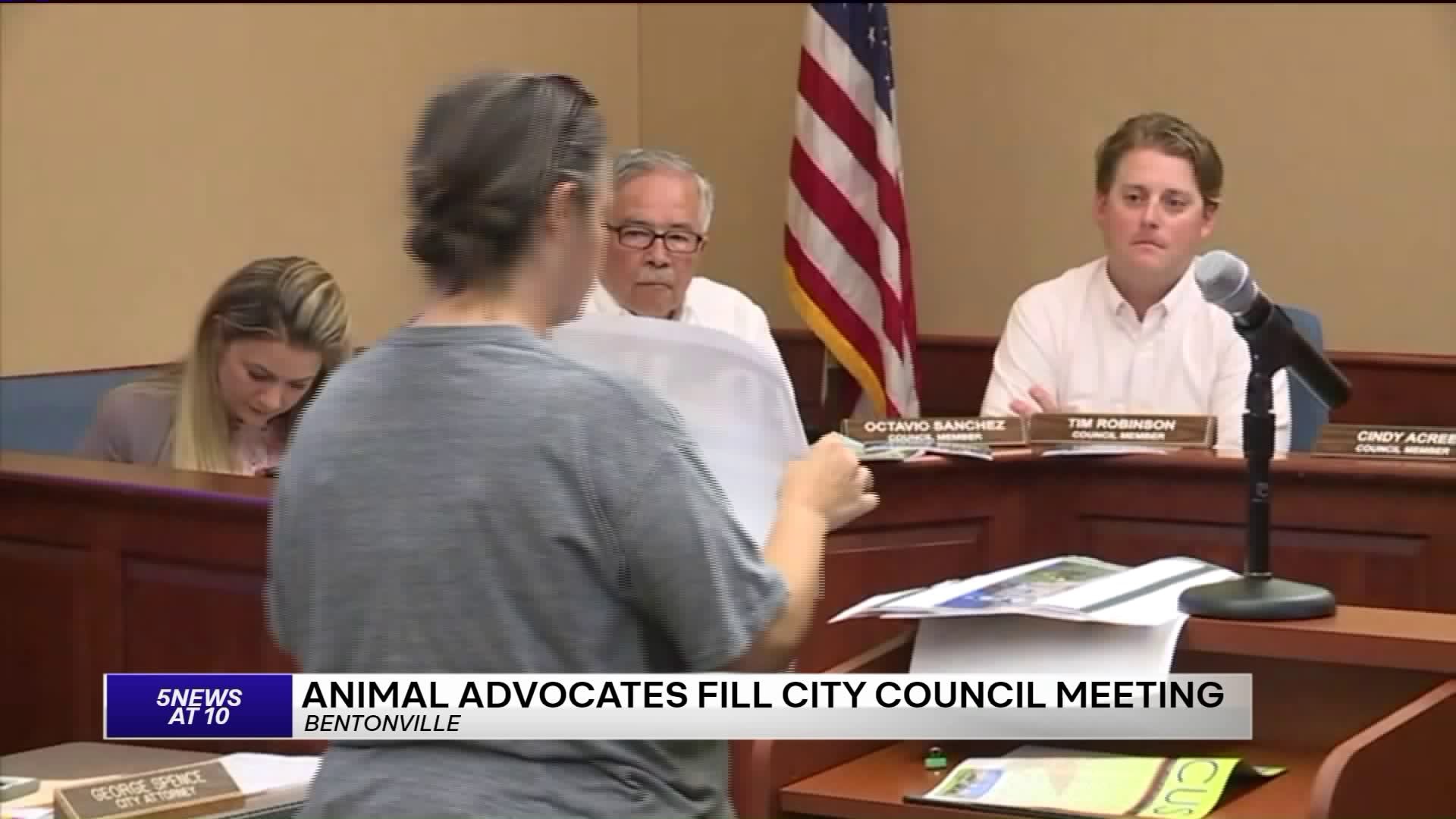 BENTONVILLE, Ark. (KFSM) — Animal rescuers and advocates showed up in full force Tuesday (July 23) at the Bentonville City Council meeting to share what they think is best for the new Bentonville animal shelter.

While the city currently does not have an animal shelter, the debate of how a future one should operate has been a hot topic for a while now.

Jennifer Pokrandt runs Mew Cat Rescue in Bentonville and says as it stands she and the other nonprofit rescues don't have the funds or resources to care for and vet the population of stray animals within the city.

Pokrandt says crowds showed up for the city council meeting and were frustrated with the future for a Bentonville animal shelter.

"As we understand some of the plans have changed for the third party relationship we planned on having," Pokrandt said.

Originally the plans were to have a partly private, partly public operation which partnered with a nonprofit.

Bentonville Animal Task Force Committee Chair Tim Robinson says the city recently discussed having a municipal shelter which brought concerns to citizens. He says doing that would cost the city more and reduce the number of services the shelter could provide.

"That’s really not the best option the best option is to kind of keep fighting for and figuring out how to get an operating agreement that mitigates risk for the city and but also allows us to move forward with a third party," Robinson said.

Robinson says he believes the meeting was a good way for the entire city council to get up to speed on all concerns with the shelter. He says the process has been lengthy because it needs to be done right.

"We will feel a lot of pressure if we do not provide a world-class facility and I think we will really be looking back at ourselves disappointed in ourselves if we lose out on the opportunity to have this facility in Bentonville," Robinson said.

Robinson says the city plans to now look at other shelter models in other city's for inspiration while consulting with a legal team to find the right fit.

Pokrandt says she hopes the new shelter has all the resources needed to knock down the stray population down the road.

"We need something that’s actually going to fix the problem that we have and be a solution long term so we don’t have the mass overpopulation we have today," Pokrandt said.

The nonprofit rescue members who attended the meeting say they hope a new shelter will include reduced cost for spay and neuter services as well as educational programs.

Mew Cat Rescue in Bentonville says it currently costs them a minimum of $150 to vet, feed and care for each animal they take in and they run completely on donations.