LAVACA, Ark. (KFSM) — Beyond the barricades on Highway 255 in Lavaca one family’s home stands about eight feet underwater. When Brenton McKey first hopped... 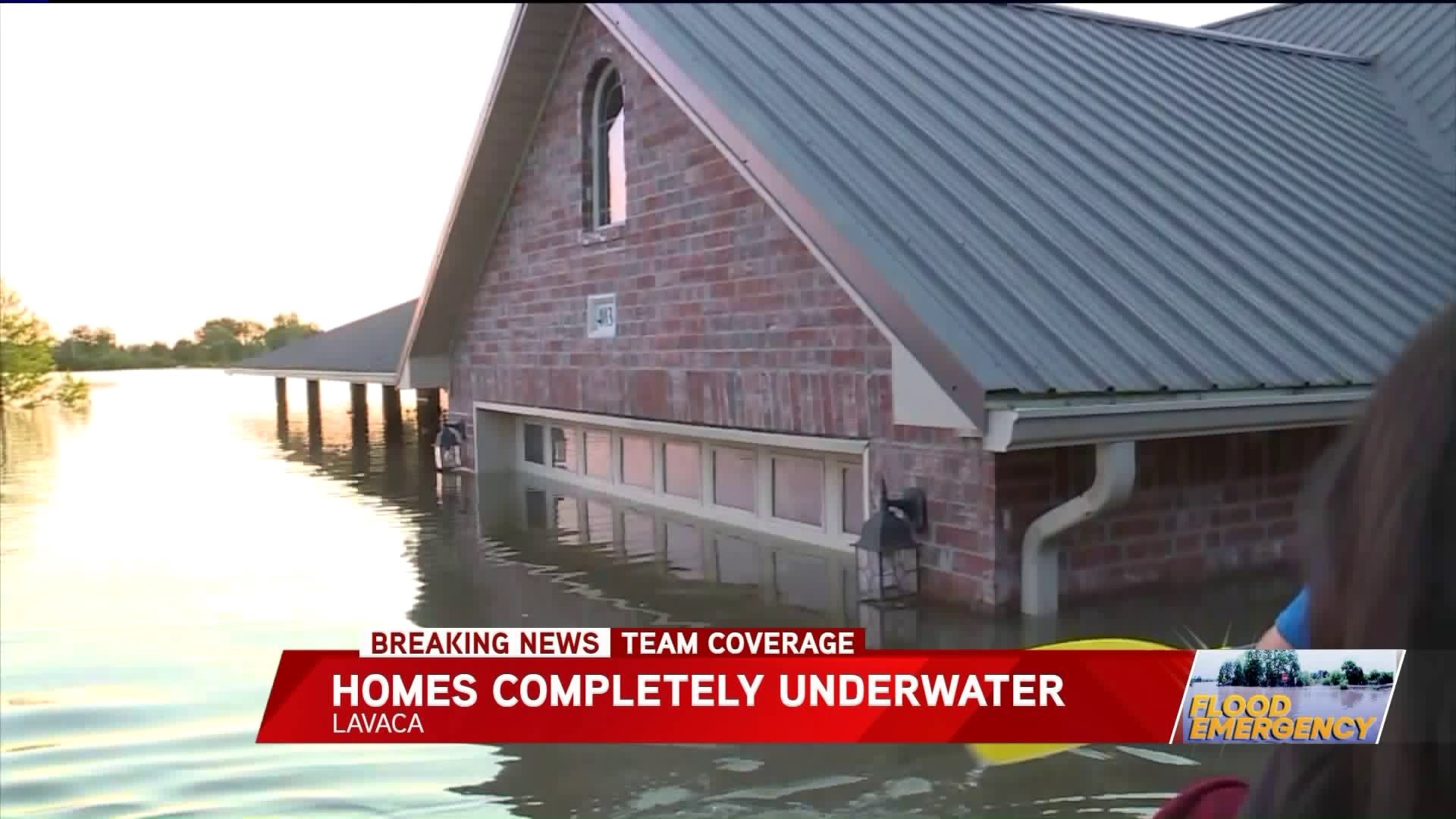 LAVACA, Ark. (KFSM) — Beyond the barricades on Highway 255 in Lavaca one family's home stands about eight feet underwater.

When Brenton McKey first hopped into his canoe to see the flood damage at his grandparent's home in Lavaca, he was shocked by what he saw.

"I was speechless. Water comes up but I wasn’t expecting it to be that high. I’m still in awe," McKey said.

His grandfather, Tim Randolph, who is a retired Fort Smith police officer helped build the home with his own two hands.

"I’m not worried about the house. I mean it’s done," Randolph said. "The difficulty is what do you do between now and whatever time you get back into something else."

Instead of sandbagging the home when crest level estimates rose, the family chose to move everything out of the house and evacuate to higher ground.

McKey says it's crazy to think that just a few weeks ago he and his son were playing together on a swing at the home, which is now completely submerged underwater.

"My sons first birthday party was here and to think that it’s now all under water, I have no words," McKey said.

From the canoe, you can reach out and touch the metal roof and you're now level with the treetops.

"People are going to be out of there homes for about a year at least, and then if disaster funding doesn’t get approved and they don’t have flood insurance, what are they suppose to do?" McKey said.

Randolph and his wife have been staying at her office with just a coffee machine and a microwave. They plan to move into a camper for the time being and have already come up with a plan for the future.

When asked if they will rebuild, Randolph said this: "Not there. No, I’ve got the camper sitting up on a hill and I think that’s probably where we’re going to rebuild."

The family says they are thankful to all of the volunteers, police officers and firemen for helping everyone in the community during this difficult time.