ALTUS (KFSM) — On Thursday (Oct. 25) the death of a 72-year-old Altus woman was confirmed through investigators to be due to strangulation. Franklin Count... 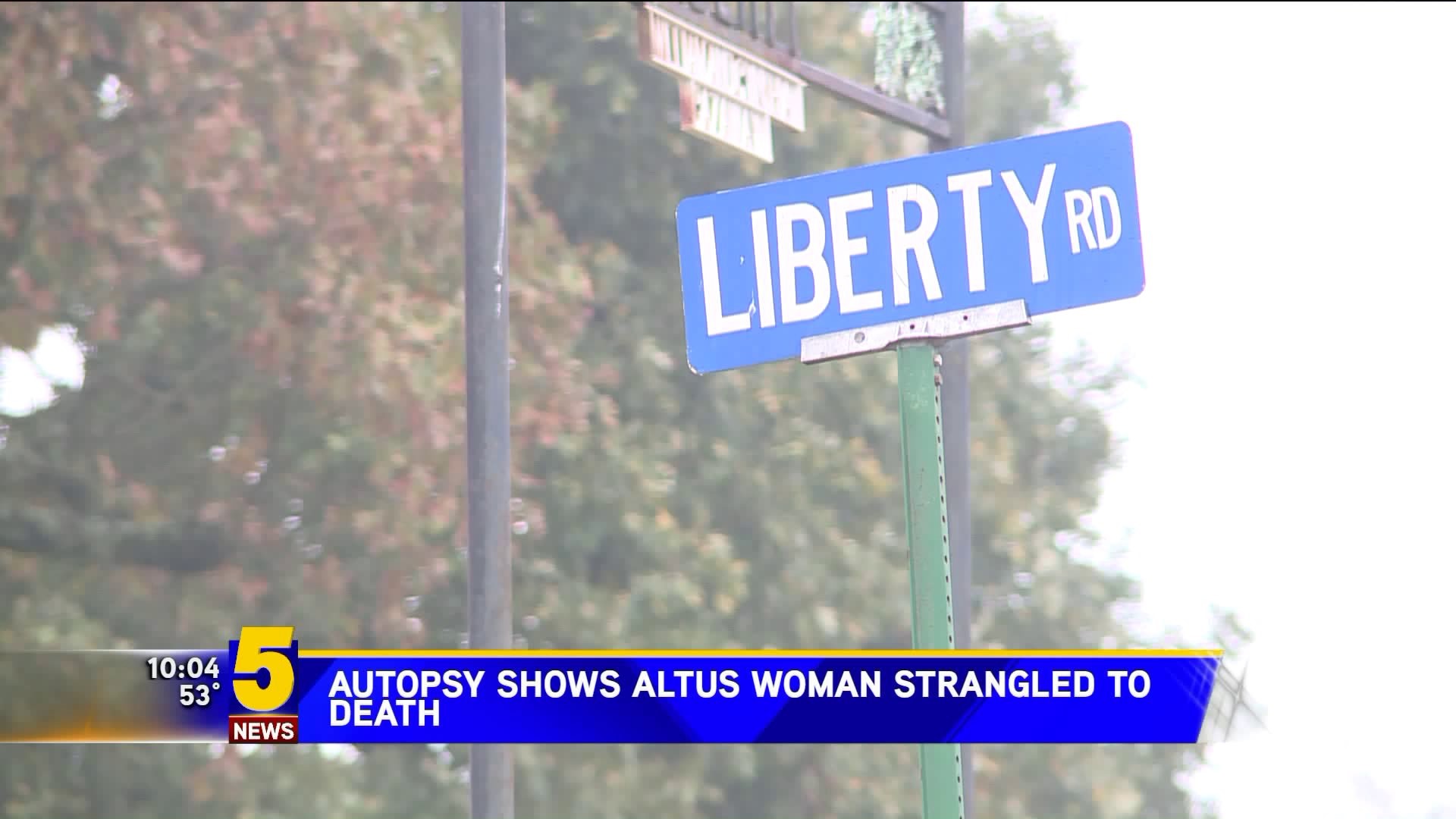 ALTUS (KFSM) -- On Thursday (Oct. 25) the death of a 72-year-old Altus woman was confirmed through investigators to be due to strangulation.

Franklin County investigators were called on Saturday, October 6, 2018, to conduct a welfare check on Elaine Kelley. Her body was found inside of her home on Liberty Road in Altus by investigators.

Investigators say they found a suspicious scene at Kelley's home. She did not have clothes on from the waist down.

Results from her autopsy at the Arkansas State Crime Lab shows she died due to strangulation.

Arkansas State Police are now working the investigation. No one has been arrested in this case yet.

Neighbor Jim Pledger said he was good friends with Kelley and remembers her as a kind neighbor.

"She was a very good woman, very good neighbor and never bothered anyone. She was always there if you needed her. It hurt. It outraged me, but it hurt as well," Pledger said. "I hope our Sheriff's Department will get this cleaned up and whoever did this to her will have to pay. We have a good Sheriff and Sheriff's Department, and I believe they will."

Check back for updates to this developing story as more information is released from police.