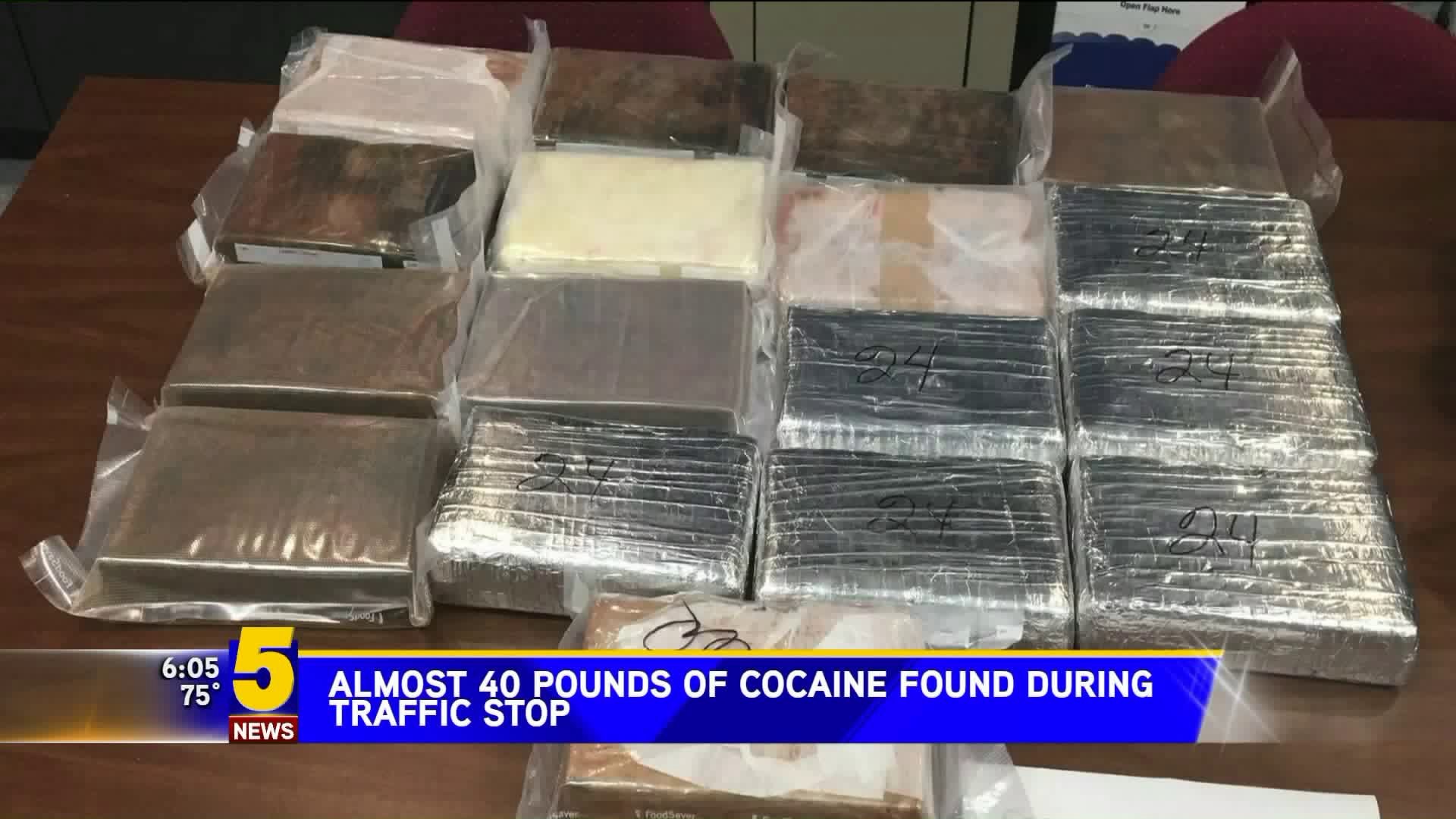 According to a federal complaint, Scott Green, 40 and Stephen Cox, 56 were driving eastbound on Interstate 40 in Crawford County on April 17 around 2 p.m. when they were stopped by an ASP Trooper for following too closely.

Green, who was driving, gave the trooper consent to search the vehicle. That's when the trooper found 17 vacuum-sealed bundles of cocaine inside a duffle bag under the spare tire in the rear cargo compartment.

The federal complaint states the men were driving to Richmond, Virginia from Los Angeles, California in a rental car when they were stopped in Arkansas.

Green claimed that he knew nothing about the drugs and was paid $200 a day to drive. According to the federal complaint, the men have made about five trips from California to Virginia since December 2018.

The men were arrested for conspiracy to possess a controlled substance with intent to distribute.

Green and Cox are currently being held at the Sebastian County Detention Center with no bond.