ALMA, Ark. (KFSM) — Prosecutors won’t charge an Alma woman in the shooting death of her boyfriend after determining she was justified in using deadly forc... 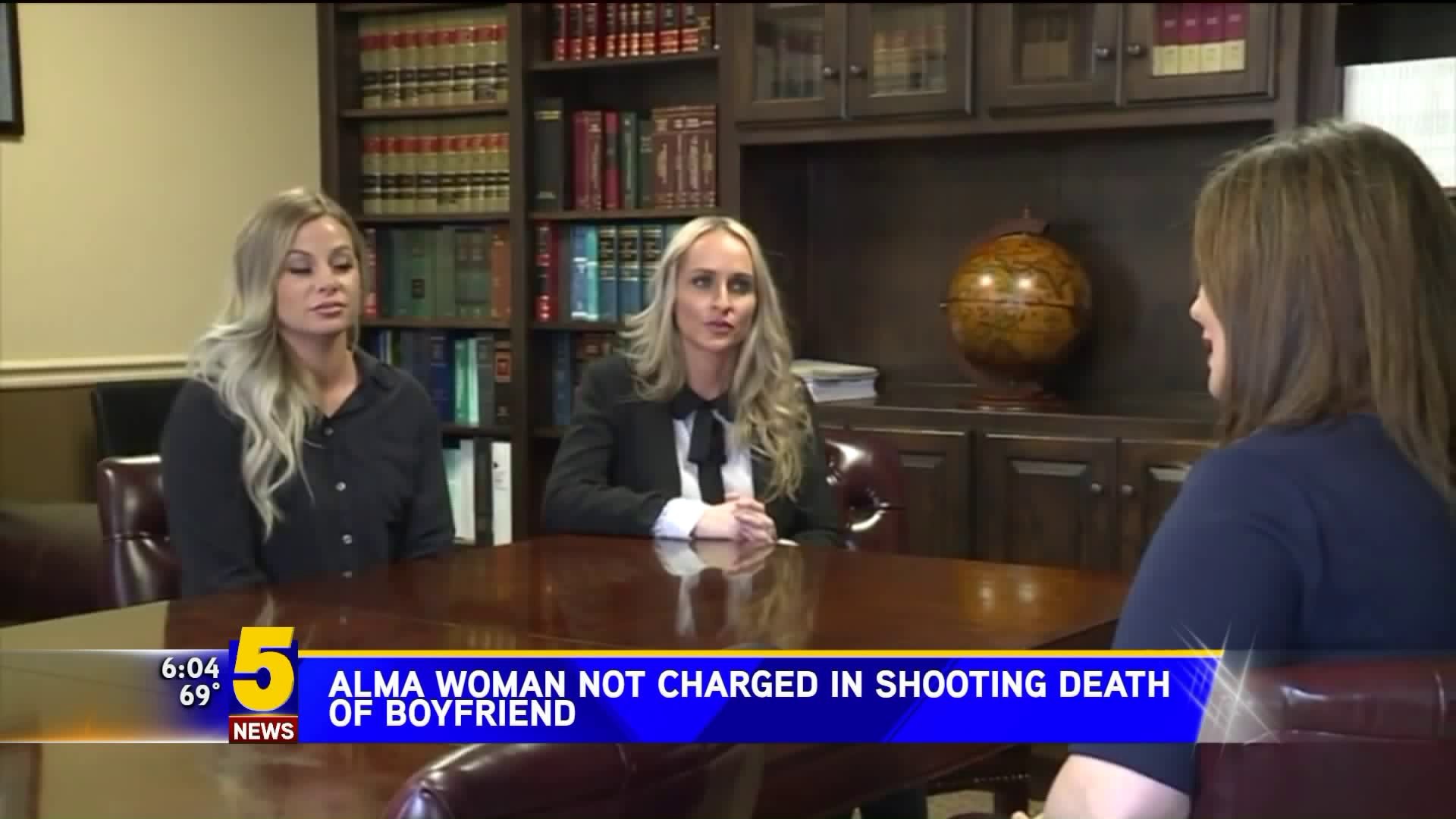 ALMA, Ark. (KFSM) — Prosecutors won't charge an Alma woman in the shooting death of her boyfriend after determining she was justified in using deadly force.

Resinos called police on March 1 and told authorities she shot Gettridge, 33, after he lunged at her in her home on Sunnyside Road, according to the Crawford County Sheriff's Office.

Resinos said she and Gettridge had a history of domestic violence, and after their last fight, her brother gave her the gun she used to shoot Gettridge.

Crawford County prosecutor Marc McCune pointed to state law that allows using deadly force when someone is "imminently endangering the person's life or imminently about to victimize the person" as described under Arkansas' Domestic Abuse Act.

"I believe Miranda reasonably believed that Gettridge was committing or about to commit a felony involving force or violence," McCune said.

"Since this shooting took place at the residence of Resinos, there was no obligation on her part to retreat. There was a pattern of abuse. He was lunging at her. She feared for her life. So, she used deadly force to protect her self.  Under Arkansas law, a person, when they are in their own home, their own property have a right to defend themselves. As long as she is not the first aggressor she does not have to retreat from her own home.”

In reaching his decision, McCune said he reviewed police reports, video, pictures, the 911 call and a past domestic violence report Resinos made against Gettridge in January.

McCune also noted that Gettridge had "a criminal history and pattern of abuse against Miranda and another female that all involve the same type of behavior."

“Miranda is taking it one day at a time and she is really focusing on just taking each day as it comes,” said Resinos’ lawyer Carrie Jernigan.

"She was arrested that night. The investigation was just getting started. They conducted a very extensive and thorough investigation and that is why essentially a week after, there was evidence that really led to the investigators and prosecutors looking at this and saying 'she did not have a duty to retreat when she was in imminent fear of her life."

Jernigan added that “Mr. Gettridge had a history and a pattern of violence towards women and Miranda was not his first victim."

"The family of Kevin Gettridge are saddened and extremely disappointed in the decision of the prosecuting attorney.  After reading the findings of the investigation,  it does nothing but bring about more questions.  We will be actively looking at alternative options to ensure the memory of our brother, son, father and friend are not forgotten."

On the night of the shooting, Resinos told deputies Gettridge had been staying with her the past few days and had become belligerent and hostile towards her, according to a probable cause affidavit.

She stated that they had been arguing and then she got called into work and had to leave her home while Gettridge stayed there.

Resinos noted that when she returned home they were not arguing. She said she made pizza rolls and they got ready for bed. She said Gettridge went to take a shower, and when he got out, he acted completely different. She said they began bickering again.

Resinos then told deputies that Gettridge became hostile and was lunging at her. She asked him to leave and he began gathering some belongings.

During the argument, Resinos told the Gettridge that she had a gun in her truck, and Gettridge told her to go get it, and she did, according to the affidavit.

Resinos told deputies she returned inside and showed the gun to Gettridge and told him to get out. She says Gettridge then continued to argue with her and took her phone from her.

Resinos told deputies that Gettridge lunged at her again and she tried to shoot him, but the safety was on. She says Gettridge then began to laugh at her and said she wouldn't shoot him, and if she did, her life would be over.

Resinos was lying on her bed when she said Gettridge came at her and she shot him once in the chest. Resinos then called 911.

Deputies also located a Hipoint 9mm firearm on the bed of the room where Gettridge was found.

Following her arrest, detectives questioned Resinos and asked why she did not merely leave, and she advised that her children were inside.

She told detectives that she had left them with Gettridge earlier in the night, but things were not as bad.