Allergy Season Kicks Off In Our Area

FORT SMITH (KFSM) — Spring is officially here, and while that means warmer weather is on the way, it also means seasonal allergies for some. So how bad is... 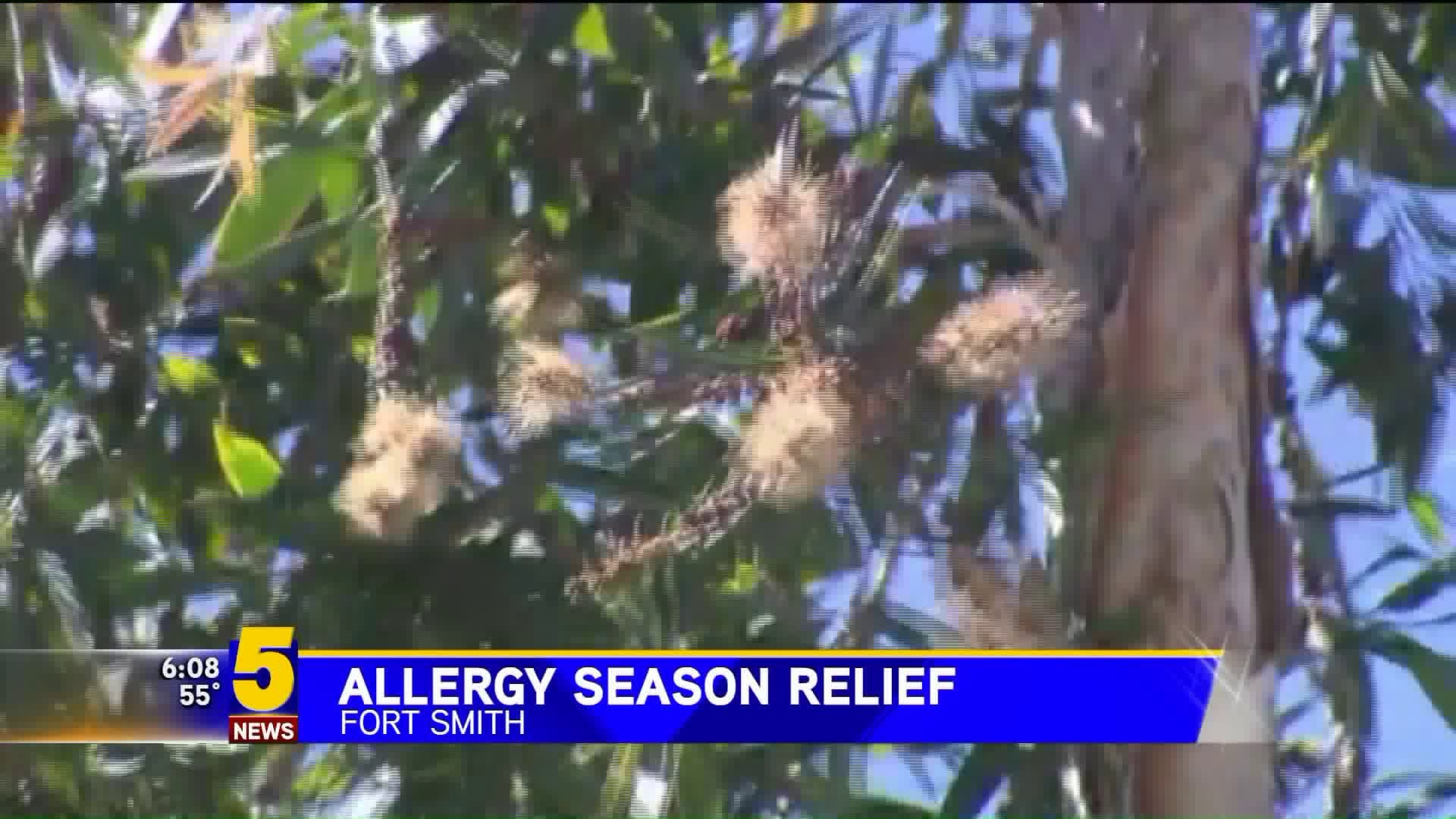 FORT SMITH (KFSM) -- Spring is officially here, and while that means warmer weather is on the way, it also means seasonal allergies for some.

So how bad is this allergy season projected to be?

Doctors say the cooler weather has allergy season off to a later start than usual, however some people are already dealing with allergy symptoms.

"I don't know if it's ragweed or pollen (but) I've wondered if it's a certain type of tree in this area, or if it's just a combination," Robinson said.

Allergists said trees pollenate in April and May. Grass typically starts pollenating in April and continues through the beginning of July. Ragweed does so toward the end of August.

As Robinson walks his dog during the first day of spring, he can't seem to escape his allergy symptoms.

"It seems like fall is just as bad as spring sometimes, and... one season is supposedly dying where the other is spring is coming back to life, but sometimes both those seasons seem to be kind of an issue," Robinson added.

"Mostly, when I get around pollen, it makes me sneeze and stuff. I just hate it," Overstreet said.

Doctor Aubrey Ziegler is an allergist in Fort Smith. He said allergy season typically starts during late February, but it may be too soon to project how bad this spring will be.

"It`s hard to tell. We`ve having cooler weather right now, which is keeping the pollen counts a little bit lower, but generally spring is one of Fort Smith`s worst times," Ziegler explained.

He said pollen from trees, grass and weeds are common allergens people deal with during this time of year.

Ziegler said, "Usually the first thing people try to do is take over the counter antihistamines. We recommend the ones (remedies) that don`t make you drowsy."

If that doesn't work, Ziegler encourages the person to contact their doctor.

"We (doctors) can find the type of things they`re allergic to, and hopefully direct medications to the specific problem," Ziegler said.