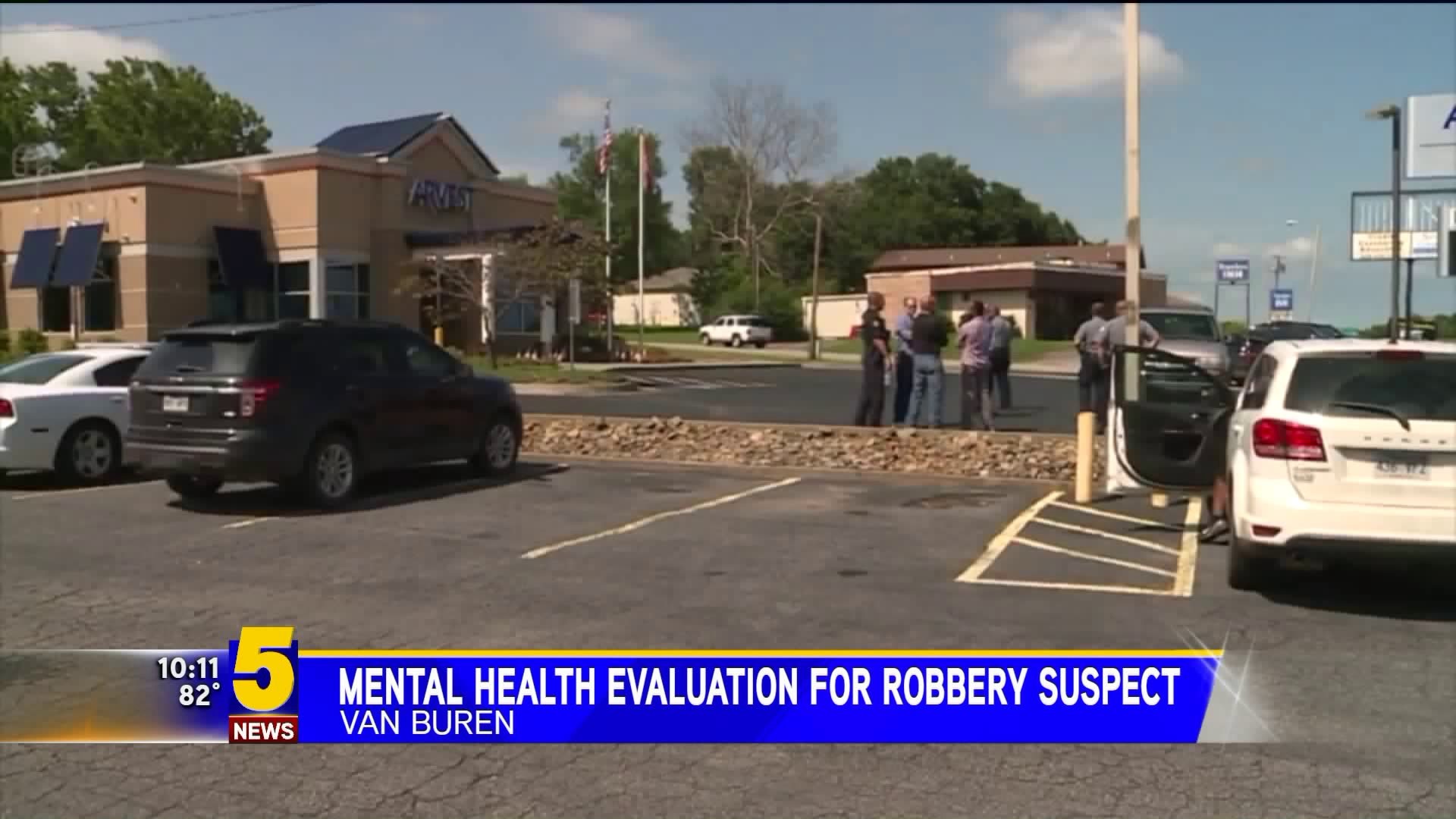 Roy Dean Lamproe was arrested for allegedly robbing the Arvest Bank at 3015 Arkansas 64 on Tuesday (July 2), stealing $8,000 before authorities found him hiding at his mother’s house.

Lamproe’s public defender, James B. Pierce, noted that his client has been treated for mental health in the past at the Arkansas State Hospital and attempted suicide twice.

Pierce said Lamproe is also prescribed “several psychotropic medications” and “may not have taken them for an extended period of time prior to his arrest,” according to a motion filed Wednesday (July 3) in Fort Smith federal court.

Pierce, who said he’s working to determine the extent of Lamproe’s mental health diagnosis, also noted Lamproe suffers from hallucinations, which include verbal conversations with his father, who Pierce believes is dead.

Judge Mark E. Ford granted Pierce’s request Wednesday (July 3), but no date was set for the evaluation. Lamproe was being held at the Crawford County Detention Center.

Authorities said Lamproe walked into the bank around 3 p.m. and threatened two tellers with an object they believed was a gun, according to court documents.

The tellers said Lamproe had two boxes, one of which he claimed was a bomb, and another he wanted to be filled with money. The tellers handed over more than $8,116 before Lamproe ran off.

Authorities tracked Lamproe to his mother’s house on Mulberry Street, where they found him hiding inside. They also located a box with stolen money.

Lamproe has yet to be formally indicted. Federal sentencing for bank robbery includes fines and up to 20 years in prison.

This was the second Arvest Bank in the River Valley to be robbed in the last three months.

In May, a Springdale man robbed an Arvest Bank in Alma.

Jaime Leonel Reinosa-Salguero fired at employees inside the bank and stole $7,000 before driving up Interstate 49. Arkansas State Police arrested him after a shootout that shut down the highway.