Algae Concerns On The Buffalo River Addressed In Meeting 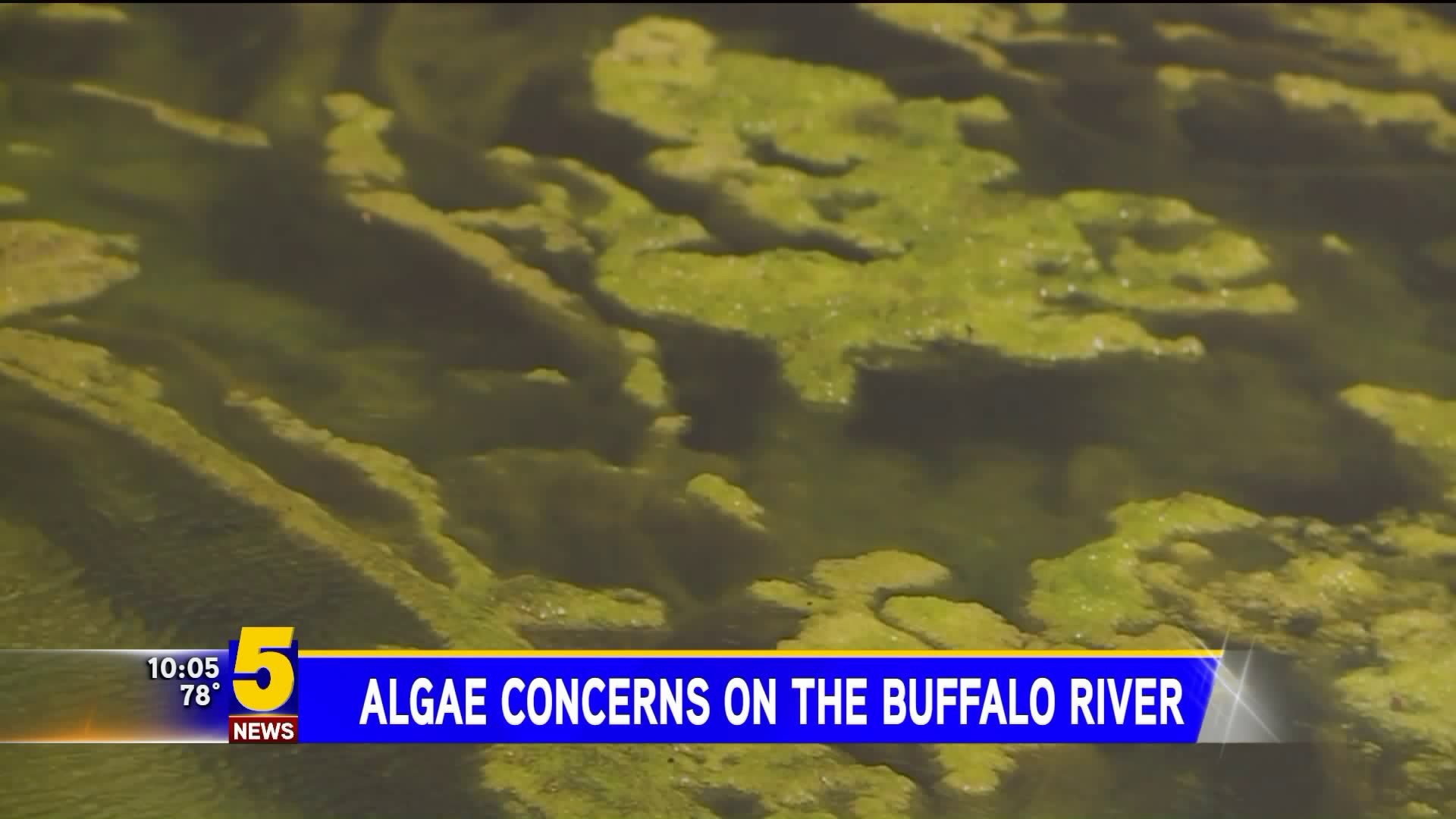 Fayetteville (KFSM) -- Some environmentalists worry that the Buffalo River could soon be taken over by algae. The Buffalo River Watershed Alliance held a meeting Thursday (Sept. 20) to discuss the concern about algae growth on the river.

"It has gone from twenty miles of coverage which we thought was pretty high already, to seventy miles this year," said Martie Olesen with the Buffalo Watershed Alliance.

Olesen said some people who have recently floated the river have reported minor health issues.

"There have been skin rashes, fever. It's anecdotal, we don't have actual data on it but people have reported that to us," Olesen told 5NEWS.

Selckmann said an increase of nutrients is often the cause for these specific algae buildups.

"If you have a lot of animals in a small area and you have the right water to push those nutrients into the river you can see blooms from that."

The Buffalo River Watershed Alliance said they have an idea of what is causing the miles of green, the C&H Hog Farm.

The hog farm is on Big Creek, 6 miles from where it meets the Buffalo River.

''The problem it was placed in a karst location that is full of cracks that allow water, and whatever is in the water, on the fields to quickly transport into the creek and into the river,'' said Olesen.

Monday (Sept. 17) state environmental regulators issued a public notice of a draft decision that would deny a permit for a large hog farm in the Buffalo River watershed.

The public can write letters to state legislators with their thoughts about the Arkansas Department of Environmental Quality denying the operating permit to C&H Hog Farm.

C&H Hog Farm is now operating under an expired permit and houses about 6500 hogs.