AHTD Agrees To Pay More Than $100 Million For Springdale Bypass

SPRINGDALE (KFSM) – The Arkansas Highway and Transportation Department (AHTD) agreed on Wednesday (Dec. 17) to pay nearly $101 million for the constructio... 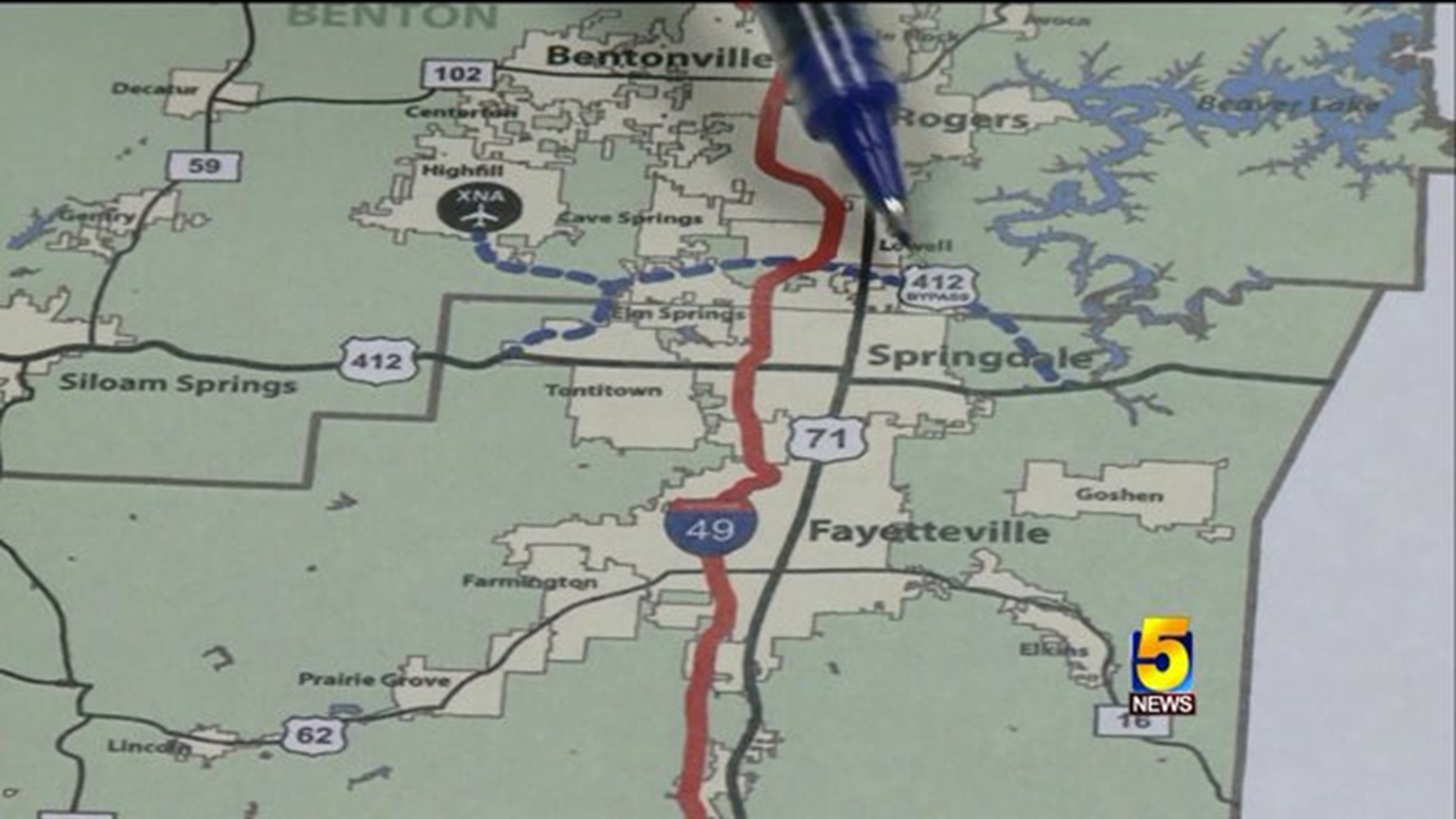 SPRINGDALE (KFSM) - The Arkansas Highway and Transportation Department (AHTD) agreed on Wednesday (Dec. 17) to pay nearly $101 million for the construction of the first section of the U.S. 412 bypass of Springdale, according to a news release.

The project should start being built in early 2015, the release states.

A bid of $100,620,381 went to Eutaw Construction of Mississippi, according to the release.

The four-mile, four-lane section of highway will make the drive to the Northwest Arkansas Regional Airport (XNA) quicker, the release states.

"The start of the U.S. 412 Bypass of Springdale is occurring because statewide voters approved a half-cent sales tax in November [of] 2012. That sales tax is supporting the Connecting Arkansas Program (CAP)," the release states.

Construction crews will cut a path that heads west from Interstate 49 near the Wagon Wheel Road exit, and they'll build bridges over creeks and secondary roads on their way toward where the bypass will join with AR 112, according to the release.

According to Mike Malone, the president and CEO of the Northwest Arkansas Council, the project will be completed in phases and eventually will create an easier way to get to XNA in Highfill. The first phase of the project will build four miles of road between I-49 and Tontitown.

"It's nice because it will be an interstate connection from I-49 that will head west out to AR 112," he said. "It will give us a nice highway connection headed out towards the airport."

Malone said the bypass will allow drivers going east from Siloam Springs to Sonora to skip more than 30 lights along U.S. 412.

The entire project is scheduled to be finished in late 2018, the release states.