FORT SMITH (KFSM) — The Arkansas Game and Fish Commission held a public meeting Thursday (May 26) at the Janet Huckabee Nature Center in Fort Smith about ... 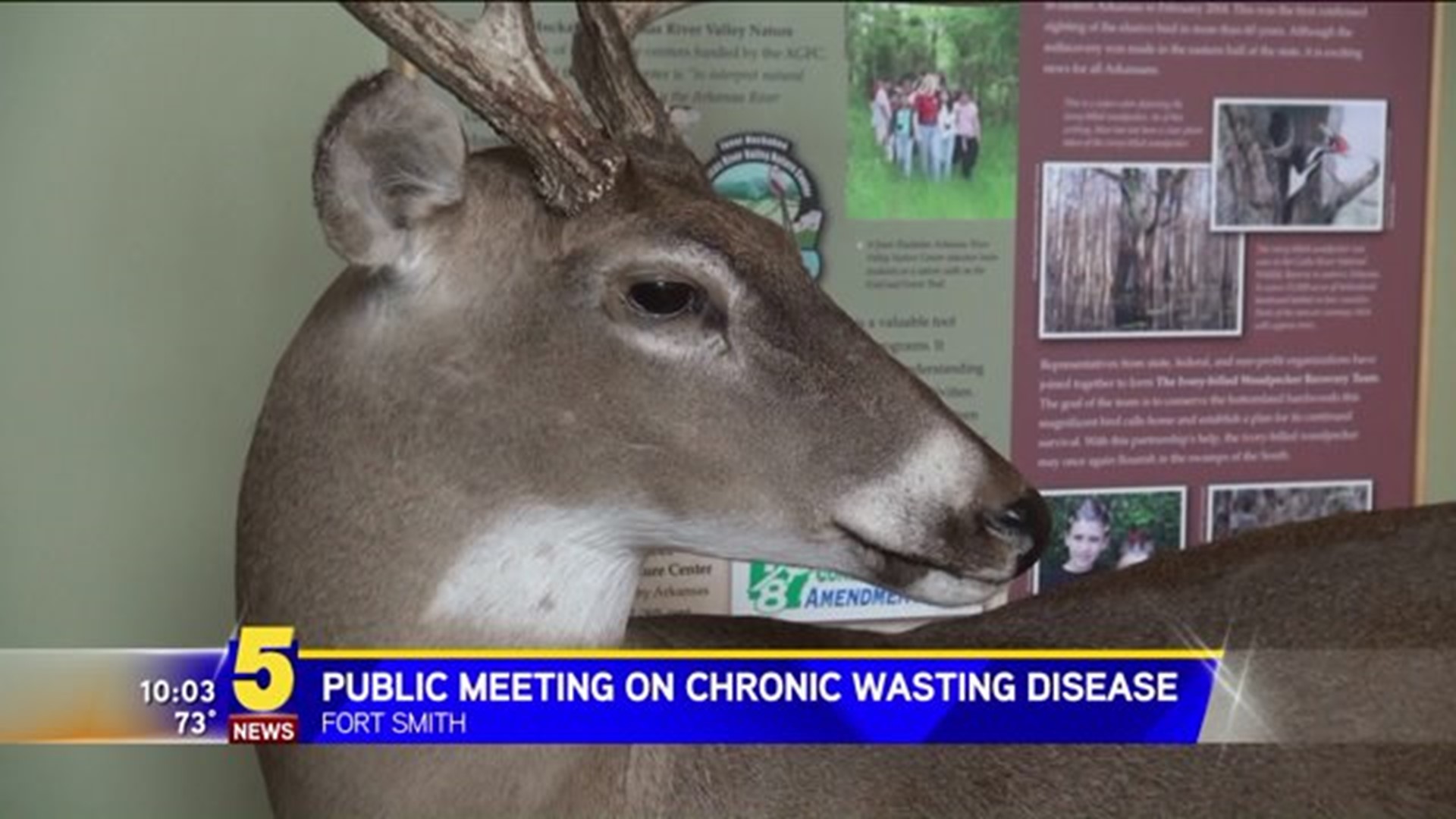 FORT SMITH (KFSM) -- The Arkansas Game and Fish Commission held a public meeting Thursday (May 26) at the Janet Huckabee Nature Center in Fort Smith about chronic wasting disease (CWD) and the new hunting regulations that will be voted on at the end of June.

CWD is a neurological disease found in deer and elk that is similar to mad cow disease and is fatal to the animals.

After 85 sampled animals were found to have the disease in the northern part of the state, new regulations were proposed to manage CWD during hunting season.

The regulations include limiting the use of lures and feeders to keep animals from congregating in larges groups, but they also expand bag limits and the areas were deer can be hunted. For a full list of proposed regulations, click here.

AGFC Chief Communications Director Keith Stephens said the commission wants to try to contain the disease to the area it was found. He said if passed, the regulations will go into effect for the fall hunting season and hunters should not be afraid to hunt.

"We need those hunters to go out there and harvest those deer," Stephens said. "We need to get the deer densities down. We need to spread it out so that those deer are not infecting other deer when they are so close together. We really need the public's help, especially hunters."

So far, the positive tests have been found in elk and deer in Newton, Boone, and Madison counties.

Searcy and Pope counties will be next for sampling.

The AGFC urges people to call the commission if they hit a deer or elk on the road, so it can be picked up for sampling.

CWD is spread with animal-to-animal contact and indirectly through soil and other surfaces. People also help spread this disease by moving live infected animals and infected carcasses. The disease cannot be spread to humans, pets, or livestock. It only affects cervid animals like, deer, elk, moose.