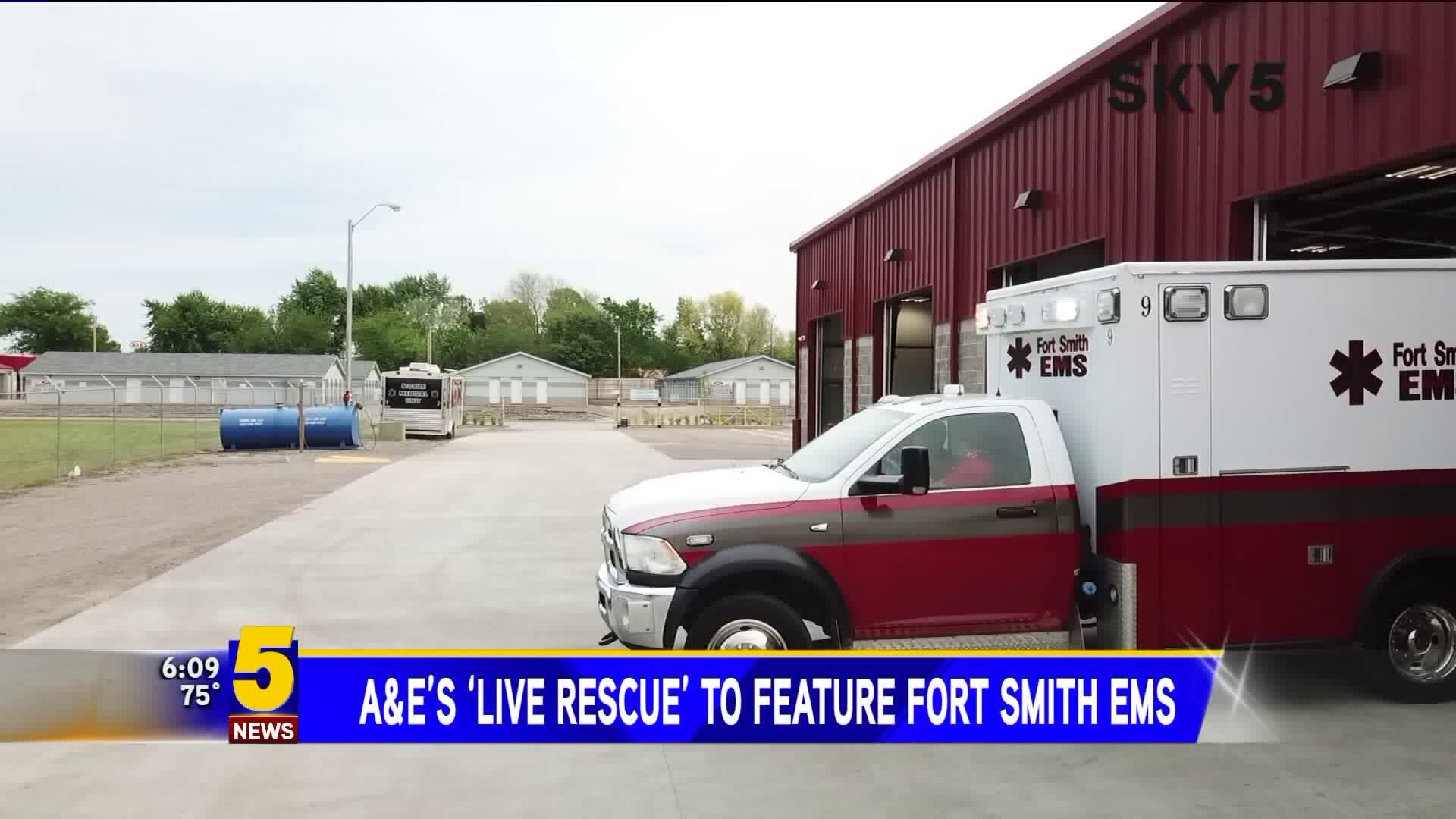 "Live Rescue" is similar to A&E's other popular reality show "Live PD" where camera crews travel around with officers to catch them performing their daily duties.

Hosted by veteran journalist Ashleigh Banfield, “Live Rescue” follows firefighters, paramedics and EMTs from across the country as they bravely put their lives on the line responding to emergency rescue calls.

Fort Smith paramedic Aaron Howell told 5NEWS, "It's an opportunity for the public to get some insight as to what actually happens when we make a phone call 911 and when we have a true emergency. What happens? How does that call transition to two people in a truck that are coming to save my life?"

The A&E film crew was with Fort Smith EMS all last week and plans to spend the next nine weeks riding along with them.

Aaron said that the crew has been exemplary in documenting what it is they do, and that they take special care not to interfere with emergency personnel.