ROGERS (KFSM) — Dozens of concerned parents from across Northwest Arkansas were at Rogers Heritage High School Wednesday (Sept. 14) to hear from Arkansas ... 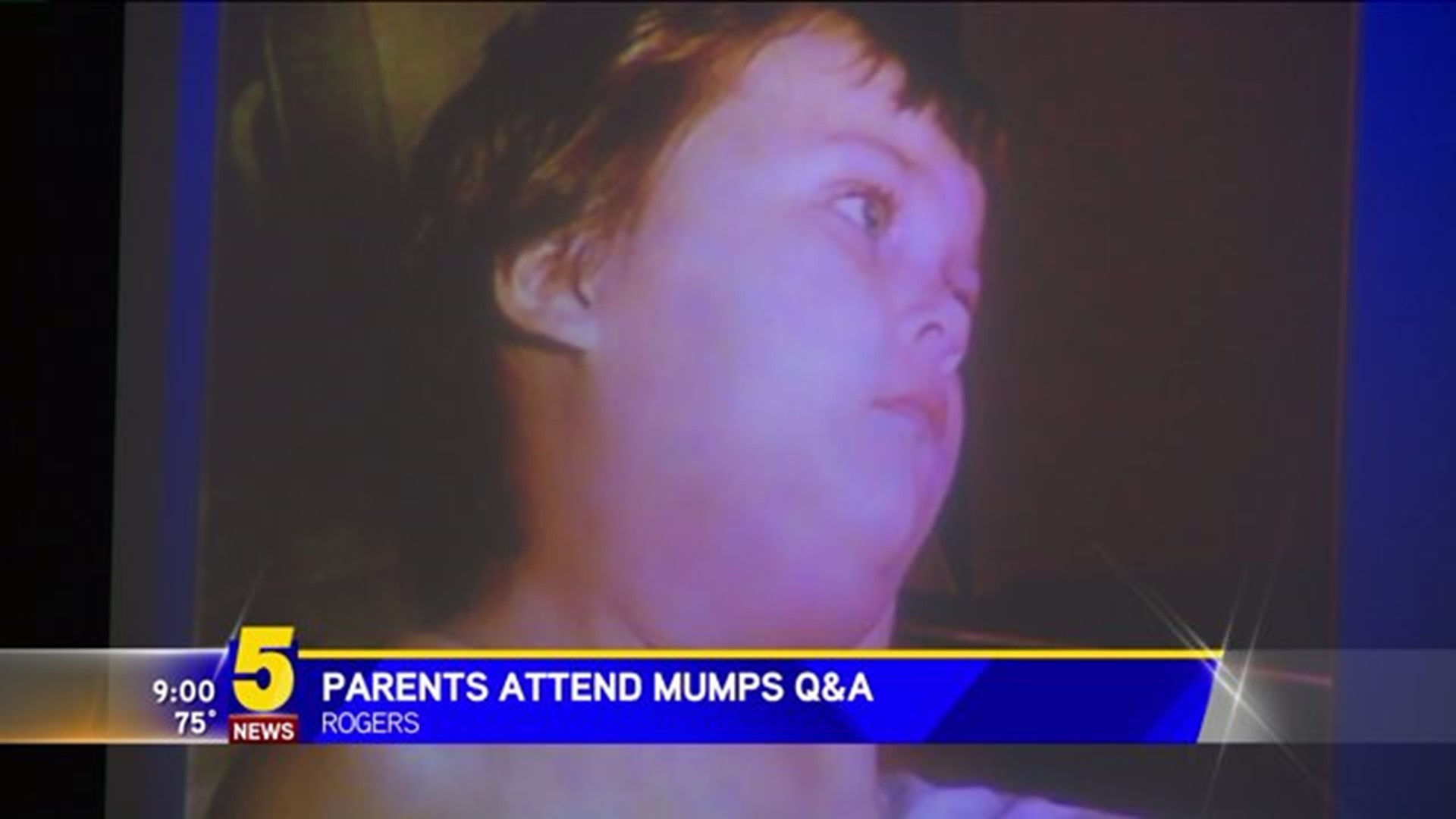 ROGERS (KFSM) -- Dozens of concerned parents from across Northwest Arkansas were at Rogers Heritage High School Wednesday (Sept. 14) to hear from Arkansas Department of Health about the mumps outbreak in the area.

ADH Epidemiologist Dirk Haselow was the keynote speaker. Haselow provided a summary of what the mumps virus was, and how the community should handle possible cases.

Parents of students from several school districts attended. Some said their children had tested positive. Others said they attended the meeting to learn preventative measures.

"I don't think you can be too educated on this. For me, knowing more about it helps me not go into survival mode," said Jenni Combs, the mother of a student who has been vaccinated.

Combs said one of her biggest concerns was realizing her son was not immune to the virus, even though he has received the proper vaccinations.

"The fact that kids with the vaccine are getting [mumps] is concerning," Combs said.

Haselow said the MMR vaccine, which includes mumps, measles and rubella, is about 88 percent effective, which leaves a 12 percent chance of still contracting the virus.

“Outbreaks across the country, lately, have been among well vaccinated populations," Haselow said.

As of Wednesday night, 150 individuals in Northwest Arkansas had possible or confirmed mumps. Haselow said the public could expect the number of positive cases to more than double in the coming weeks.

“I think the numbers are going to continue to rise quickly for another month," Haselow said.

By scheduling large vaccination events, Haselow said the ADH hoped to control the spread, but the region could see individuals contracting the virus for at least another six months.

The ADH also encouraged adults to get vaccinated. Recent national trends show an increase in cases among adults between the ages of 18 and 59, while the percentage of children contracting the virus has decreased.

Some adults who attended the meeting said they are now considering getting new vaccinations.

"Falling between that 30-to-59 age range, I need to go get a second vaccination," said Peggy Wittersheim, who came to the meeting.

Haselow said most individuals 59 or older should be fine without getting the vaccine. Haselow said those who fall in that age group have most likely already been exposed to the virus in their adolescence and are now immune.