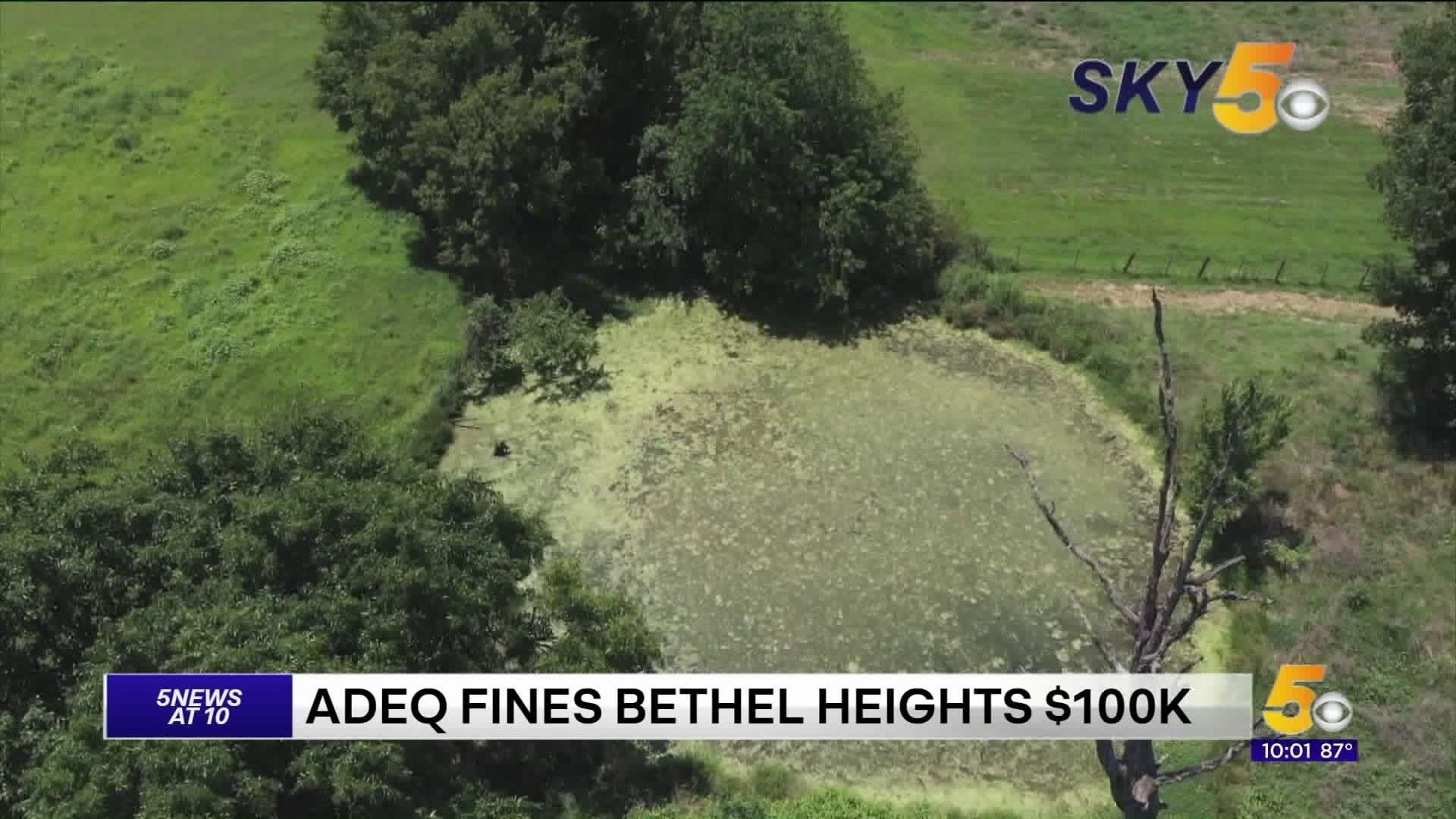 Environment officials said Bethel Heights has failed to comply with its permit, issued in 2015 for two wastewater treatment systems designed to disperse wastewater through a drip irrigation system, according to the letter.

ADEQ, along with several nearby property owners, has accused Bethel Heights of allowing wastewater to pool in the drip fields; allowing wastewater runoff that could potentially contaminate the Illinois River; failing to maintain compliance with its permit; exceeding permitted effluent limits; and poor record keeping.

Black declined to comment, saying she hadn't received a notification from ADEQ.

Jason Steele says he has done water testing on his mother's land in Bethel Heights for months now and jas also stayed in contact with the ADEQ throughout the process. He says he is finally feeling some relief today.

"I am happy that we are hopefully going to see justice served you know they’ve been allowing their wastewater to run over on our property for many years and it looks like we are going to maybe stop that," Steele said.

ADEQ has said the city has a long history of being in non-compliance with the state's no discharge permit.

Recent testing by ADEQ showed fecal coliforms too numerous to count in the city's treated water.

State inspections in February found damaged equipment and piping at the treatment units, which disperses the wastewater into the soil. From there, final treatment beings as nutrients and pathogens

In May, inspectors found several PVC pipes with broken plastic caps and a trench with pooling water, according to the letter.

Inspectors noted "these conditions indicated that (Bethel Heights) is not operating and maintaining its wastewater treatment system properly," according to the letter.

City officials will face criminal charges for pollution if they don't find a way to keep wastewater from flowing onto private property.

Benton County prosecutor Nathan Smith sent a letter Aug. 1 to Black outlining a charge for reckless pollution, which is punishable by five years in prison and a $50,000 fine.

"This situation must be remedied."