ADAIR COUNTY (KFSM) – The Adair County Sheriff’s Office has been searching for an escaped inmate since noon on Saturday (May 2). Sheriff David Hardi... 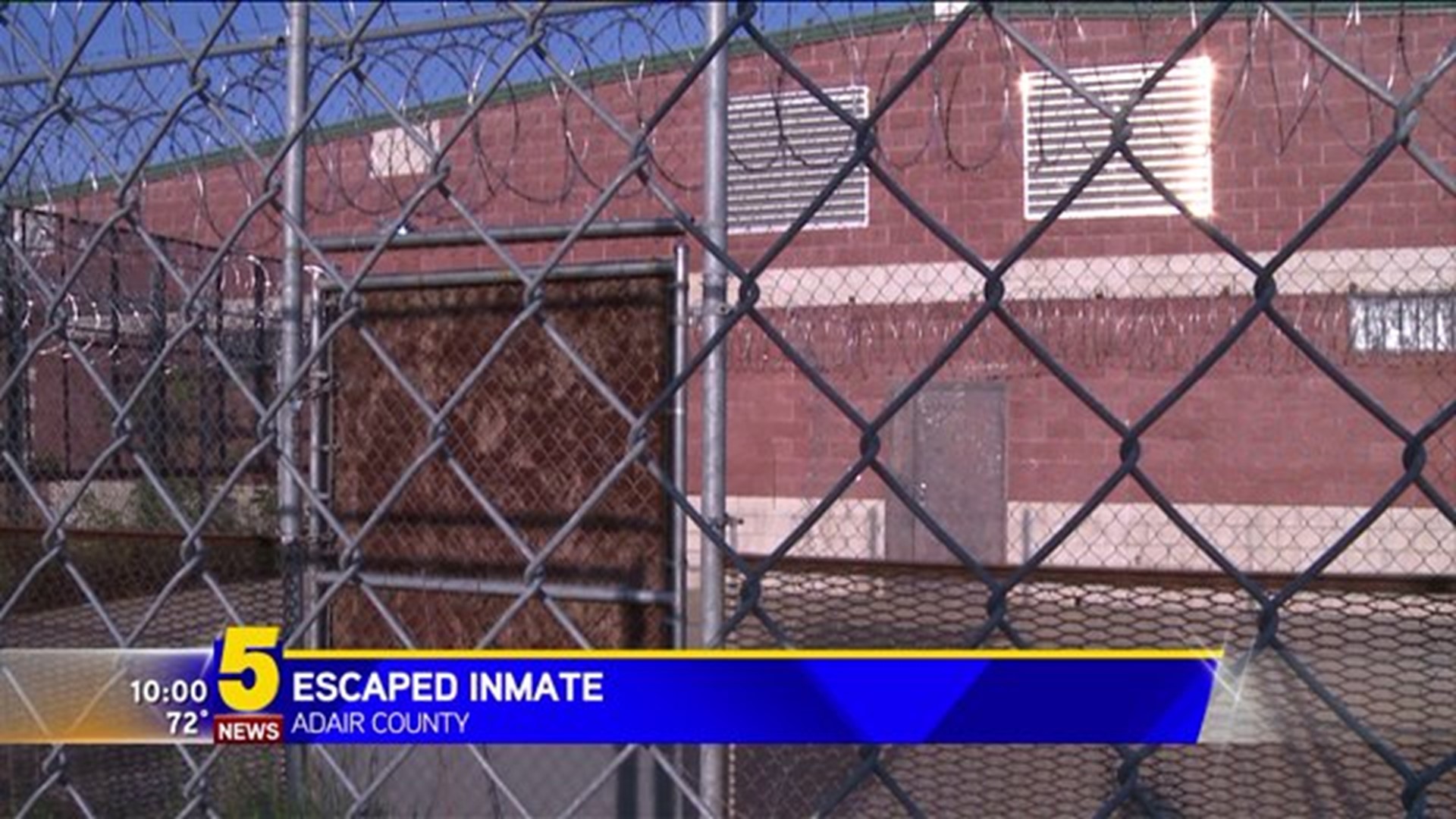 ADAIR COUNTY (KFSM) - The Adair County Sheriff's Office has been searching for an escaped inmate since noon on Saturday (May 2). Sheriff David Hardin said this is the fourth inmate to escape the Adair County Jail in the last three years.

Hardin said the escape inmate is 28-year-old Frank Potter. He is described as a white male, 5'11, 145 pounds, with black hair and hazel eyes. The sheriff said Potter has several noticeable tattoos, and was last seen wearing an orange jumpsuit and a red long sleeve shirt.

Hardin said Potter climbed through a hole he made in the chain-length fence in the workout area. He said Potter then scaled two fences topped with razor wire. He said no deputies were there at the time.

The sheriff said after Potter escaped he stole a red Nissan pick-up. Deputies recovered the vehicle about 15 minutes from the jail around 4:30 on Saturday. Hardin said Potter was arrested twice in April, once on a felony assault charge, and then again on April 18 for having a firearm as a convicted felon.

"He is at the point now where this time when he goes to prison he is staying, he is not getting out this is strike number three for him," Hardin said.

The sheriff said investigators are interviewing family and friends of Potter's to see if he has shown up. Hardin said Potter knows the area well.

"He's kind of a survivalist, he likes the woods he can probably survive out in the open," Hardin said.

He said no deputies are ever assigned to the jail because of budget issues. He said he has 2-4 jailers to man the facility 24 hours a day. Hardin said he typically houses 60 inmates.