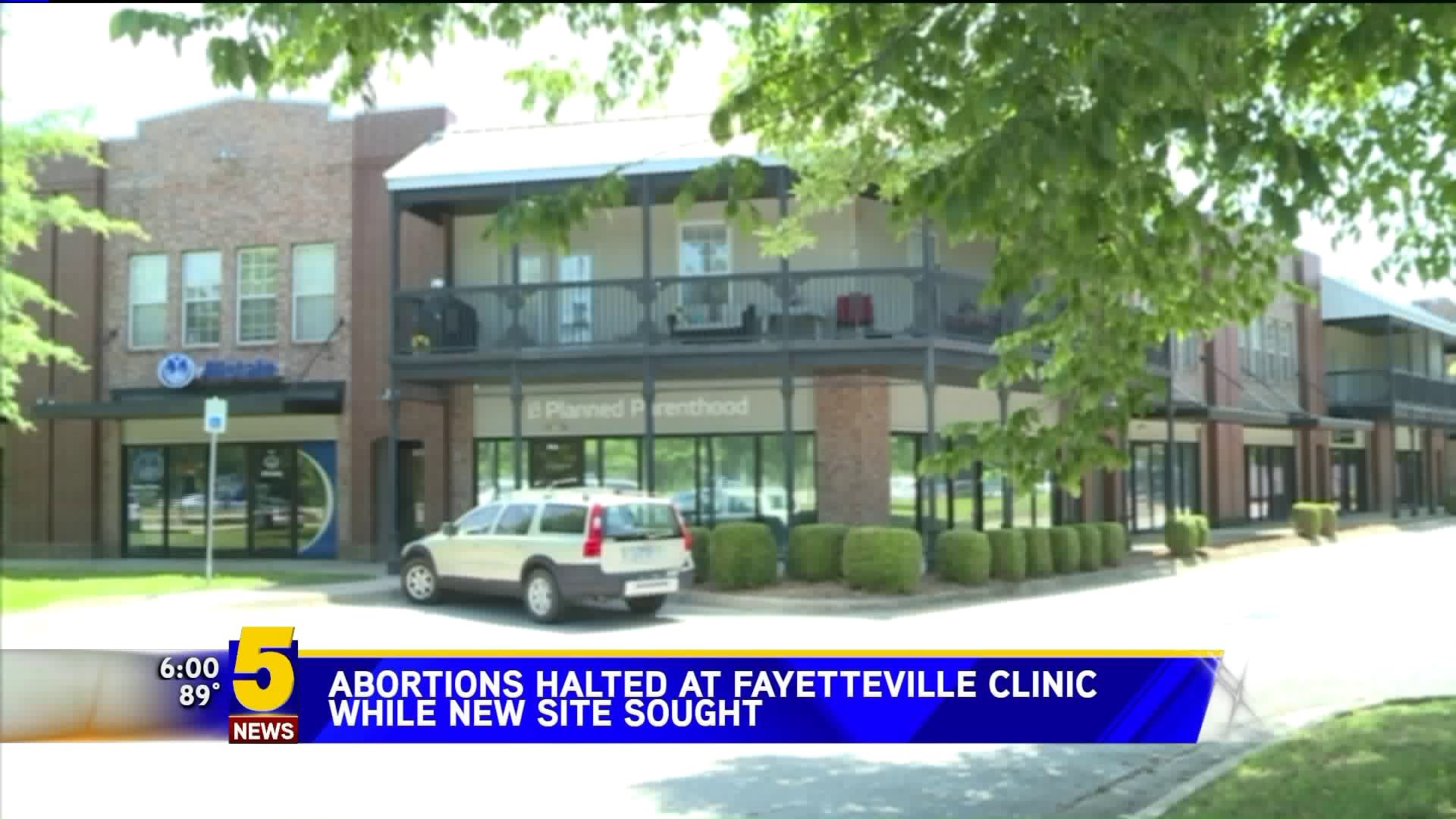 LITTLE ROCK, Ark. (AP) — Planned Parenthood says it's stopped providing medication-induced abortions at its facility in northwest Arkansas while it seeks a new location, leaving the state for now with two abortion providers.

Planned Parenthood Great Plains Chief Executive Officer Brandon Hill said in a court filing over the weekend that the organization stopped providing abortions at its health center in Fayetteville, located 140 miles (226 kilometers) northwest of Little Rock, while it looks for a new site.

Hill said Planned Parenthood is not renewing its lease in Fayetteville, which expires at the end of the month, due to "increasing problems with our landlord" over issues such as managing the presence of protesters near the clinic.

"We chose to seek an alternative location that would meet our high standards for safety and ensure we can continue to provide the comprehensive care our patients need and deserve," Hill said in a statement from the group Tuesday.

"Make no mistake: We remain committed to providing care in northwest Arkansas, and we are working swiftly to ensure we reopen our doors as soon as possible."

Hill said in the court filing that Planned Parenthood has contacted dozens of landlords, management companies and property owners but has been unable to find a lease that is move-in ready or would only require minor modifications, in part because some landlords are unwilling to rent to the group in light of ongoing, high-profile disputes over abortion.

Hill said Planned Parenthood is also looking at options for buying and renovating, if needed, a new health center. He said the organization has "several live possibilities" between the buying and rental options.

The providers are challenging three new abortion restrictions set to take effect July 24. The restrictions include one that attorneys say would likely force the closure of Little Rock Family Planning, the state's only surgical abortion provider.

Planned Parenthood on Saturday asked to withdraw from the lawsuit's request for an order temporarily blocking the laws' enforcement, citing the temporary closure of its Fayetteville facility. Hill said the group will notify the court when it is able to resume abortions in northwest Arkansas.

A hearing on the request to block the laws is scheduled for July 22.

The temporary closure comes as neighboring Missouri faces the prospect of becoming the first state without a functioning abortion clinic since 1974, the year after the Supreme Court's Roe v. Wade decision that legalized the procedure nationwide.

The Missouri health department has refused to renew the license of the state's only clinic, but the facility has been allowed to continue providing the procedure until at least August as the fight over its future plays out.

Hill said in the court filing the Fayetteville facility stopped providing medication-induced abortions last week so it could schedule follow-up visits with the patients as required by law before the clinic closes.

Nearly 2,000 patients are served at Planned Parenthood's Fayetteville facility, which also provides services such as birth control, primary care and testing and treatment for sexually transmitted infections, the group said.

Planned Parenthood said the last day it will see patients will be July 25, and it is working to notify patients.