LEFLORE COUNTY (KFSM) — Over the weekend a local animal rescue saved more than a dozen animals from a hoarding situation in LeFlore County and police are still ... 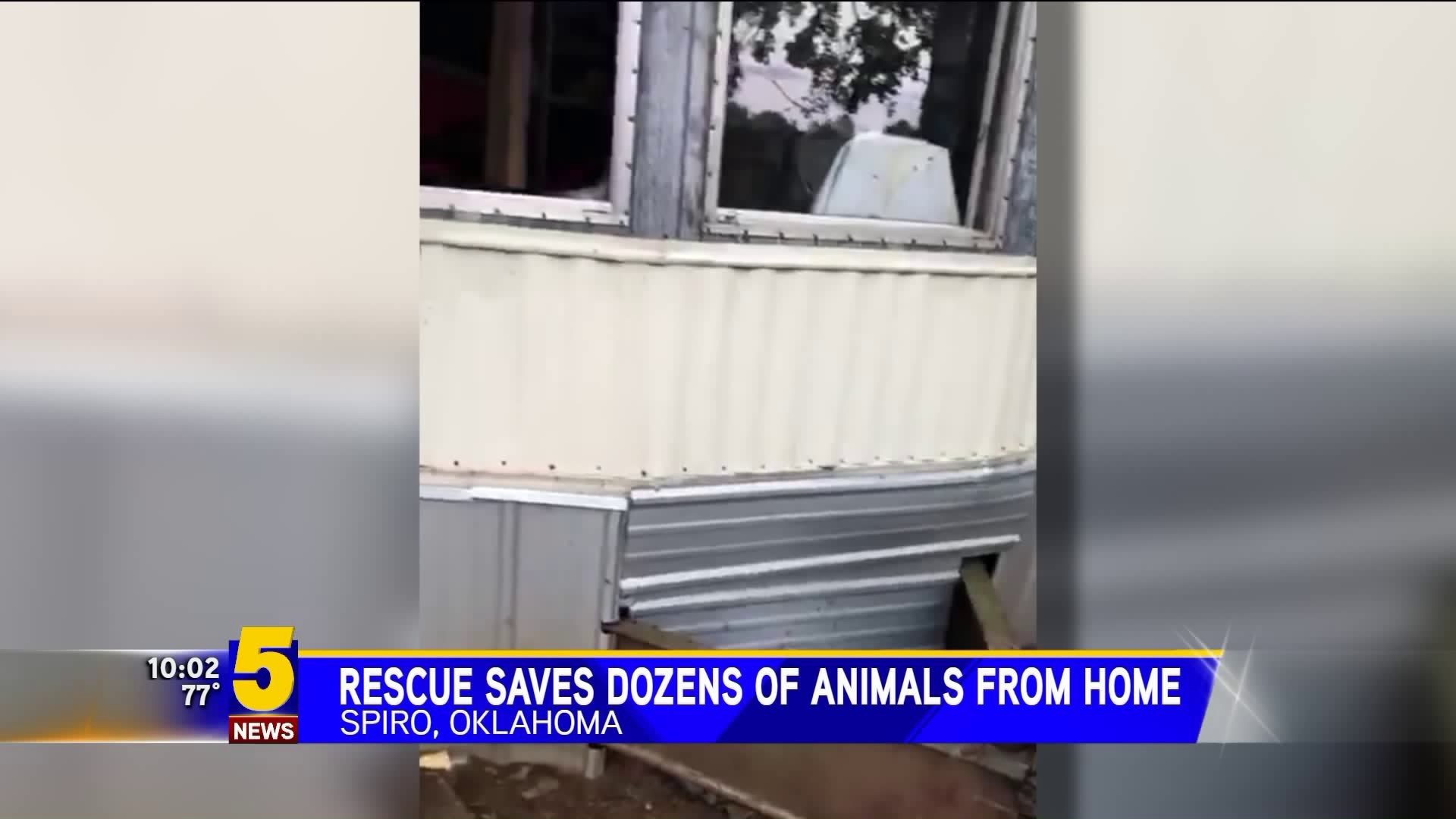 LEFLORE COUNTY (KFSM) — Over the weekend a local animal rescue saved more than a dozen animals from a hoarding situation in LeFlore County and police are still searching for the people responsible.

3 Girls Animal Rescue received a message on its Facebook page about animals that had been abandoned at a home in Spiro with no food or water.

After getting permission from the property owner and the LeFlore County Sheriff's Department, volunteers went to get the animals and were shocked at what they found.

They found tallgrass, trash bags everywhere, dead puppies underneath the home, along with dogs and cats living in filth.

"The animals were starved, they were covered in fleas. It took us about six hours to bathe all of them, get the fleas off of them. Some of them didn't have any hair on them," said Angela Meek with 3 Girls Animal Rescue.

Two cats and 16 dogs including nursing mothers were rescued.

"When you use the phrase cruelty to animals I guess people more consider that like in the active sense where you're actually physically harming an animal through your actions, but it's also the way the statue is written, it can be a product of inaction as well," Poteau Police Department Assistant Chief Greg Russell said.

If found, the owner could be charged with a felony that carries a maximum $5,000 fine and five years in prison.

"I would like for these people to serve some jail time. I mean let them get the feeling of what it`s like to be treated like nothing," Meek said.

3 Girls Animal Rescue is in need of donations, foster homes and adopters.