FORT SMITH (KFSM) — Fred Kirkpatrick has been working at the Coca-Cola Bottling Company of Fort Smith for nearly 80 years. He’s worn a number of hats in his tim... 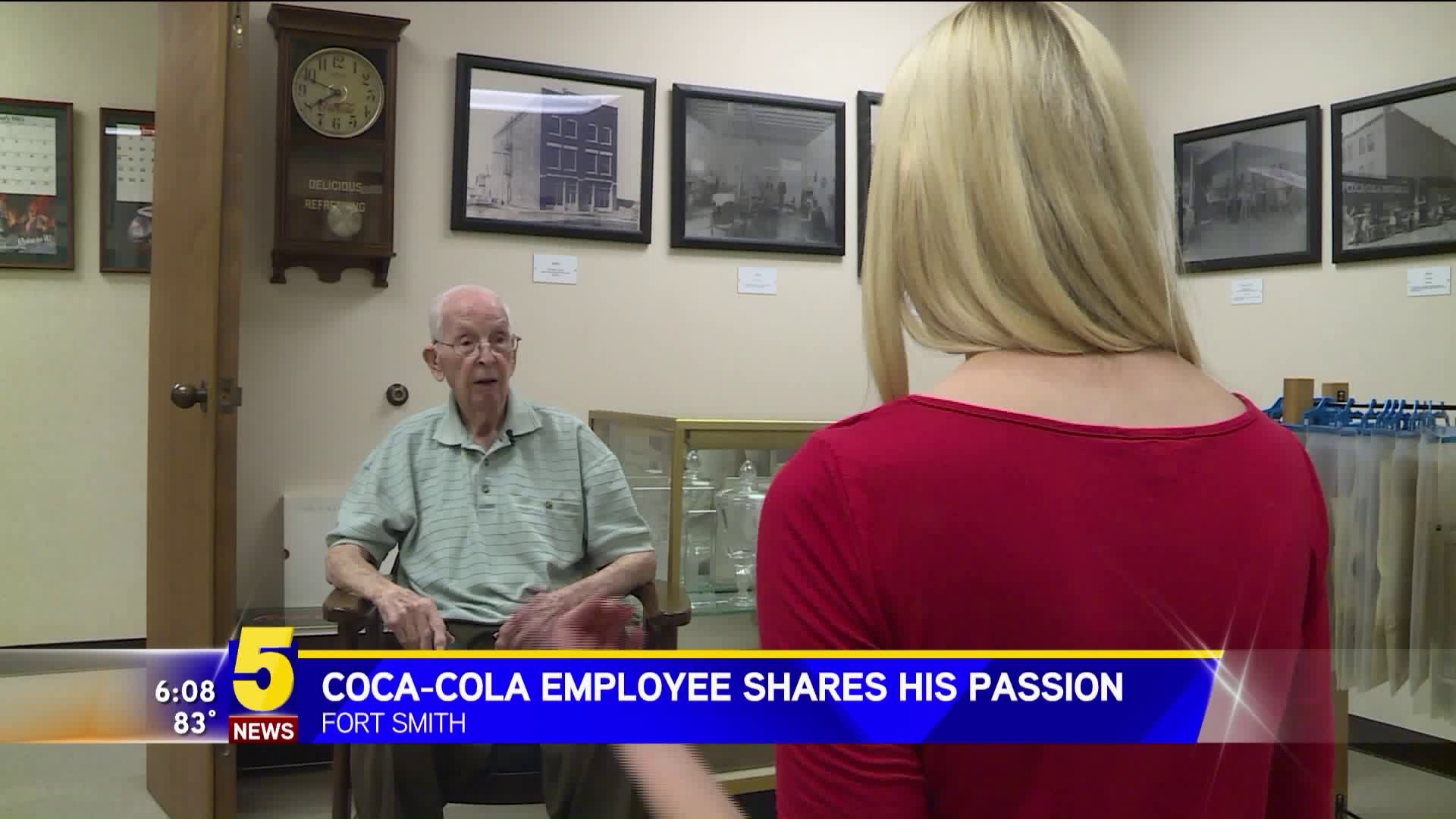 FORT SMITH (KFSM) — Fred Kirkpatrick has been working at the Coca-Cola Bottling Company of Fort Smith for nearly 80 years.

He’s worn a number of hats in his time with the company, but the 97-year-old is now the archivist and curator of the plant’s museum on the second level.

“I've always been interested in history and I collect stamps, and I collect baseball cards and things like that,” Kirkpatrick said.

So for Kirkpatrick, or Mr. K as many people call him, it was only natural for him to collect old documents and Coca-Cola memorabilia.

“That’s primarily what I do is look after the museum and the archives,” Kirkpatrick said.

Mr. K got his start at Coca-Cola in 1938. At the time, the plant was located at Rogers and 2nd Street across the street from Judge Isaac C. Parker’s courtroom. Kirkpatrick said people were still recovering from the Great Depression.

“I started out just as a clerk in the office,” he said. “Then I became the bookkeeper and the office manager and later on became the operations manager.”

The company moved to the current location on Phoenix Ave. in the 80s and Kirkpatrick said he has seen it evolve over the years. For example, they don’t bottle Coke there anymore.

“We really are just a distributor now, but for more than 90 years we were a bottler,” he said.

At 97 years of age, he explained his secret to a long and healthy life.

“Well I’d like to say it’s because I’ve been drinking Coca-Cola all those years, but probably because I try to keep fit by exercise and eating properly and not smoking.”

He has always worked at Coca-Cola in some capacity except during the years he served in Word War II. He said he has no plans to retire.