FORT SMITH (KFSM) — A local man who has been running for decades has found a special way to honor his running partner who’s no longer by his side. O... 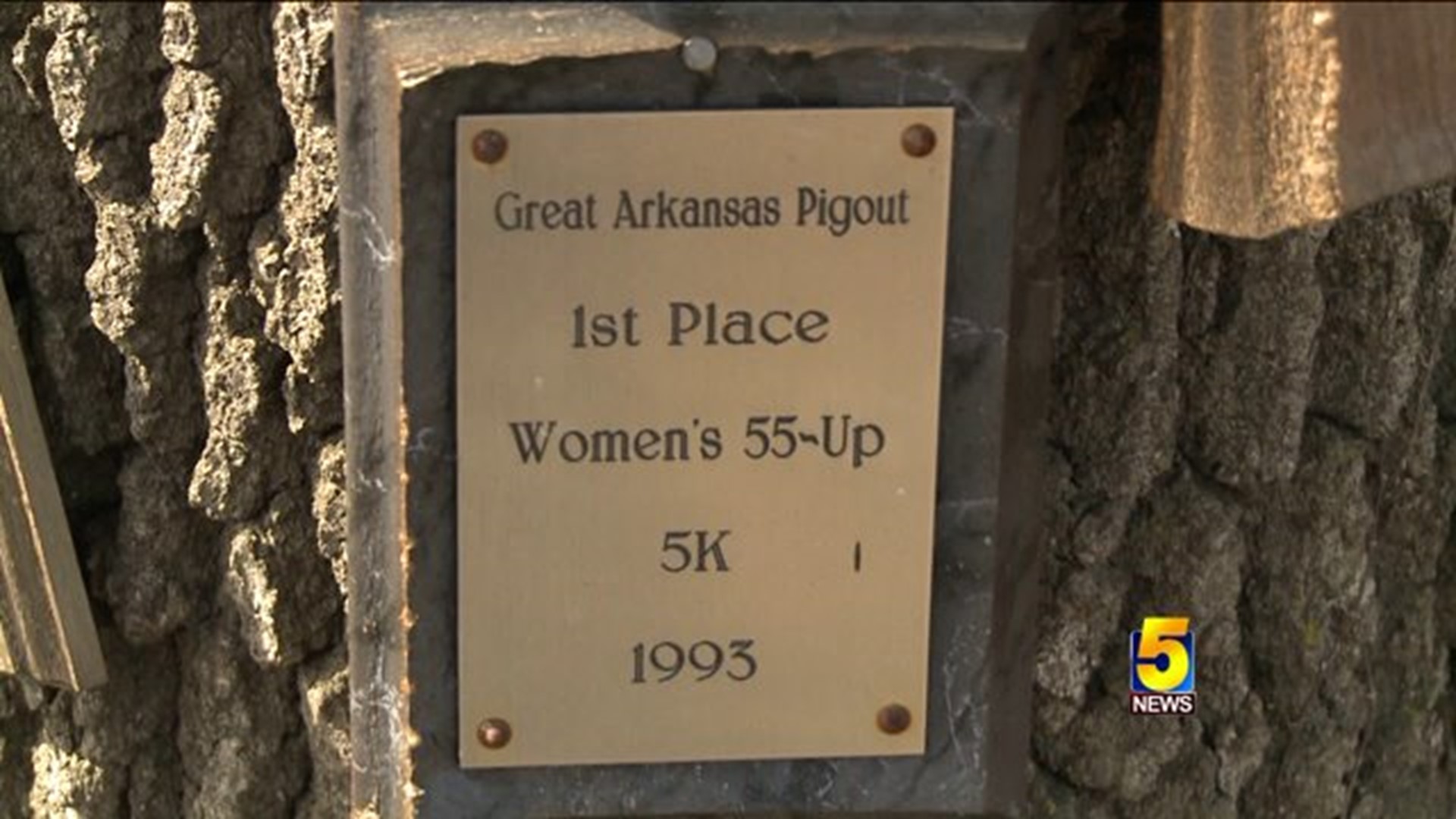 FORT SMITH (KFSM) -- A local man who has been running for decades has found a special way to honor his running partner who's no longer by his side.

Oakland DeMoss, who goes by “Oakie,” laces up his shoes every day -- walking at least a mile -- with marathons and triathlons under his belt.

He recently ran a 5K in Muskogee, Okla., then ran another 5K in Greenwood the same day.

He’s been running for more than 40 years, and has some advice.

"Team up with somebody else who runs with you on it. And pull each other along,” he said.

20 years into his 62-year-long marriage, he teamed up with his wife, Delores.

The two of them ran races all over the country for decades, earning medals and trophies along the way.

He said running extended her life, which ended two years ago this month. She had type 2 diabetes, leading to her left leg being amputated, and ending her running career.

"As a diabetic, she not only was active but she participated in a quality life,” he said.

He has dedicated a tree to her by placing all of her medals and trophies on it for the past five years.

She was able to see it before she died.

"She was kind of a reserved person, but when she saw that, it just brought a sparkle of light to her life. She was so proud to see this,” he said. “It meant a lot to her – that she would never be forgotten.”

But he says he's not alone -- "Shoo Dog” tags along with him on some of his 5K runs.

DeMoss has collected dozens of medals and trophies of his own from throughout the years. He said he's been giving them away to people to encourage them to be active and achieve their fitness goals.

"You'll never regret the fact that you got out that door," he said.