BENTON COUNTY (KFSM) –The Siloam Springs teacher accused of raping and exchanging explicit photographs with a 13-year-old boy was released from jail on bond Thu... 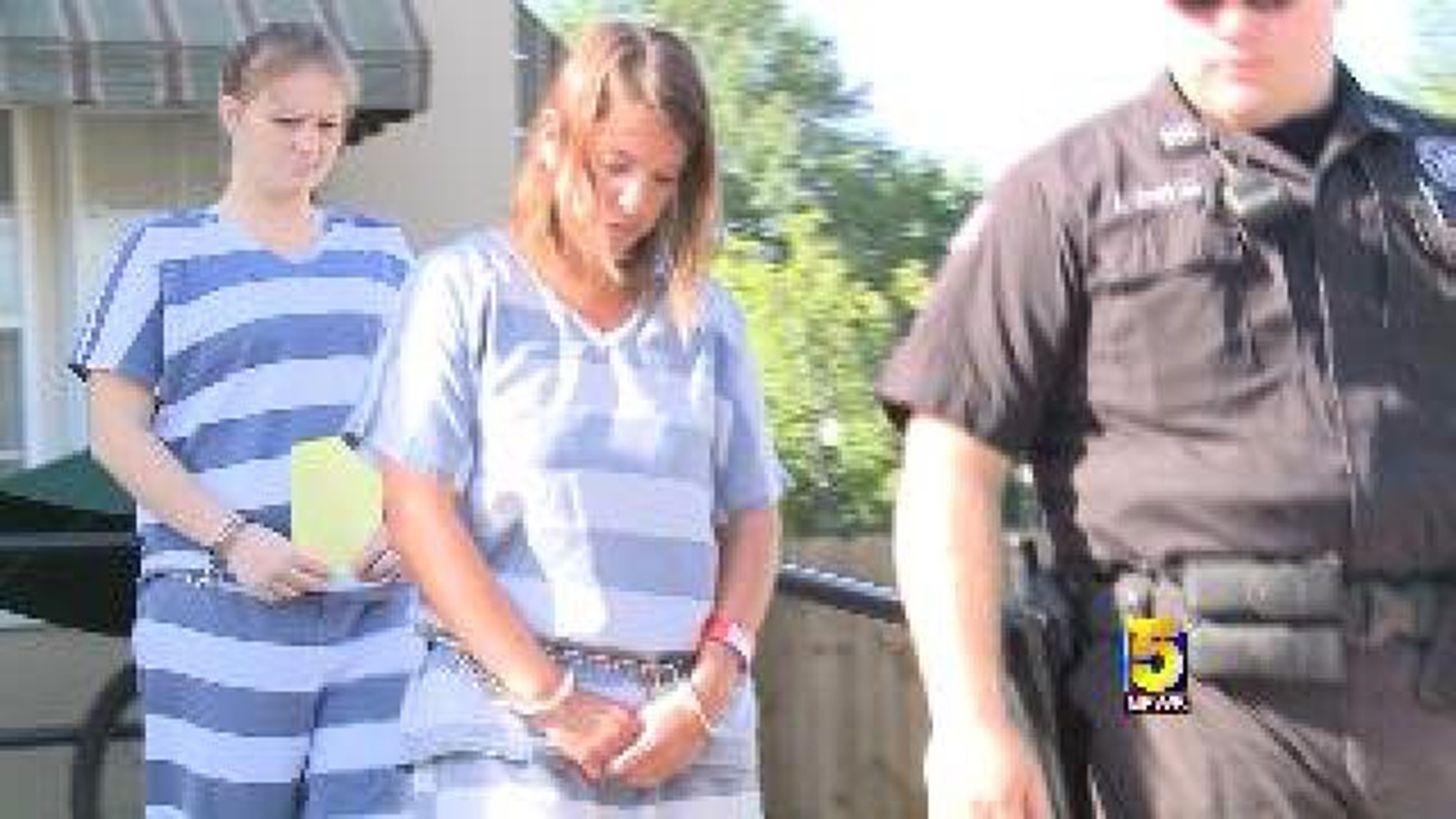 BENTON COUNTY (KFSM) –The Siloam Springs teacher accused of raping and exchanging explicit photographs with a 13-year-old boy was released from jail on bond Thursday, a day after she was arrested.

Mary Faith McCormick, 32, was held overnight at the Benton County Jail and appeared in front of a judge Thursday for a bond hearing. She was released later in the day on $50,000 bond, according to the Benton County Sheriff's Office. The Sheriff’s Office lists her next court date as Sept. 22.

McCormick is listed on Siloam Springs Intermediate School’s website as a sixth-grade teacher named “Faith McCormick”. She has been suspended with pay pending the outcome of the investigation, Supt. Ken Ramey told 5NEWS.

Siloam Springs detectives began investigating McCormick Aug. 8 amid reports she engaged in an inappropriate sexual relationship with a young teenager. The incidents occurred between June and August, according to the Siloam Springs Police Department.

Through the investigation, police said they collected evidence suggesting there was an exchange of electronic messages, photographs and a sexual relationship between McCormick and the alleged victim.

A probable cause affidavit states the two had consensual sex at least twice. Under Arkansas law, "consensual" sex between an adult and an underage minor is considered rape because the minor cannot legally consent.

The teacher and student sent each other "Snap Chat" messages of each other's genitalia during the sexual relationship, police said. A 12-year-old female friend of the victim said she discovered one of the Snap Chats accidentally after borrowing the victim's phone. The message showed McCormick wearing nothing but a towel, along with sexual comments, according to the probable cause affidavit.

Investigators later confiscated two USB thumb drives, an Apple iPad, two Apple iPhones and a desktop computer in connection with the case. Police said they searched McCormick's Snap Chat account and found multiple photographs and videos of the victim, along with a photograph of a woman's breasts believed to belong to McCormick.

An eyewitness told police she saw several inappropriate sexual messages and photographs while looking through the victim's iPhone, including one of McCormick with wet hair while showing her breasts. The accompanying text stated, "I'm not dirty anymore," the probable cause affidavit states. The eyewitness said she also saw other messages showing a romantic relationship between the victim and McCormick, the affidavit states.

Police said the investigation is ongoing.

The suspect's Facebook page shows she has a husband and at least one daughter. Her father is also a teacher in the Siloam Springs School District, according to McCormick's Facebook page.

On the page, McCormick also lists a designed property where she said she and her family were preparing to move into in the future.