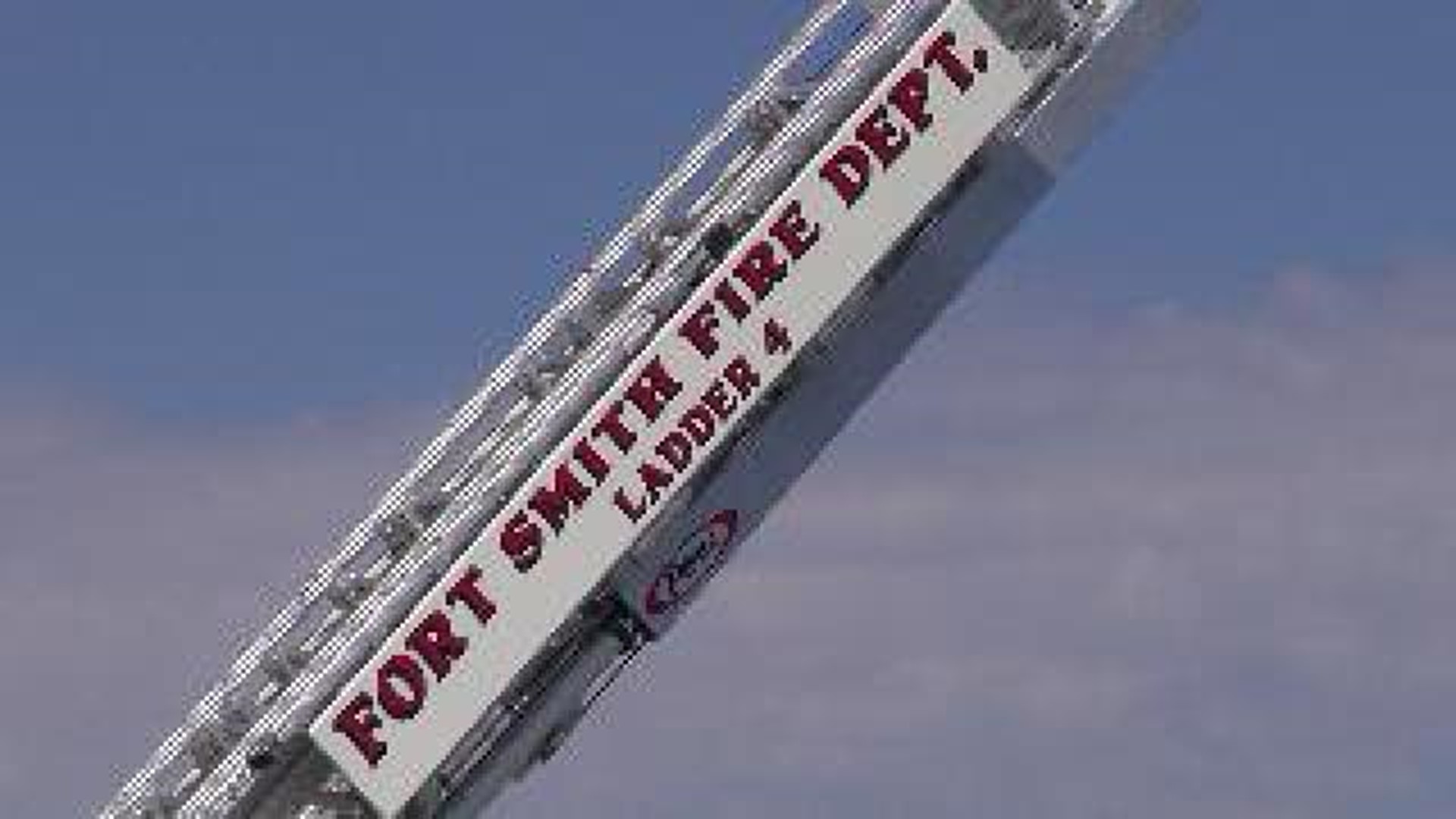 The Fort Smith Fire Department introduced six new trucks to the public Saturday (Feb. 23). The fleet includes two 100-foot platform ladder trucks, three "pumpers" and a 75-foot Quint which is a combination of a pumper and a ladder truck.

The trucks feature cutting-edge technology firefighters say will help them save lives.

Each truck is equipped with wireless headsets called "Fire Comm" which allow the firefighters to talk to each other up to one thousand feet away.

“That way if we have one guy in the bucket and another guy down the street catching a plug, we don’t have to use horns or other radio signals, we just talk to each other wirelessly,” said Captain Chris Taylor.

Captain Taylor demonstrated the thermal imaging camera used to find people during search and rescue efforts. He said the camera will detect if someone has walked barefoot across a wood floor and may help rescuers find a person who is trapped or hiding.

Chief Mike Richards said the new trucks aren't just for show, they are a necessity. The department reports the aging fleet was becoming unreliable due to frequent breakdowns.

“Our old equipment was getting too old," said Richards. "Some of our old pumpers were as old as 29 years old. So this has been a real blessing to be able to do this.”

The new trucks cost about $4.1 million and were paid for by a one-cent sales tax.

“The beauty of it - it wasn’t a new tax," said Richards. "It was reallocation of an existing tax. We used our money more wisely and are able to keep up with times.”

The new fleet will allow the department to maintain an ISO Class 2 rating which Richards said will keep property insurance low and entice new business to come to the city.