Six Washington County forgery suspects are behind bars following a joint investigation into a check-washing scheme in which local residents’ mail and checks wer... 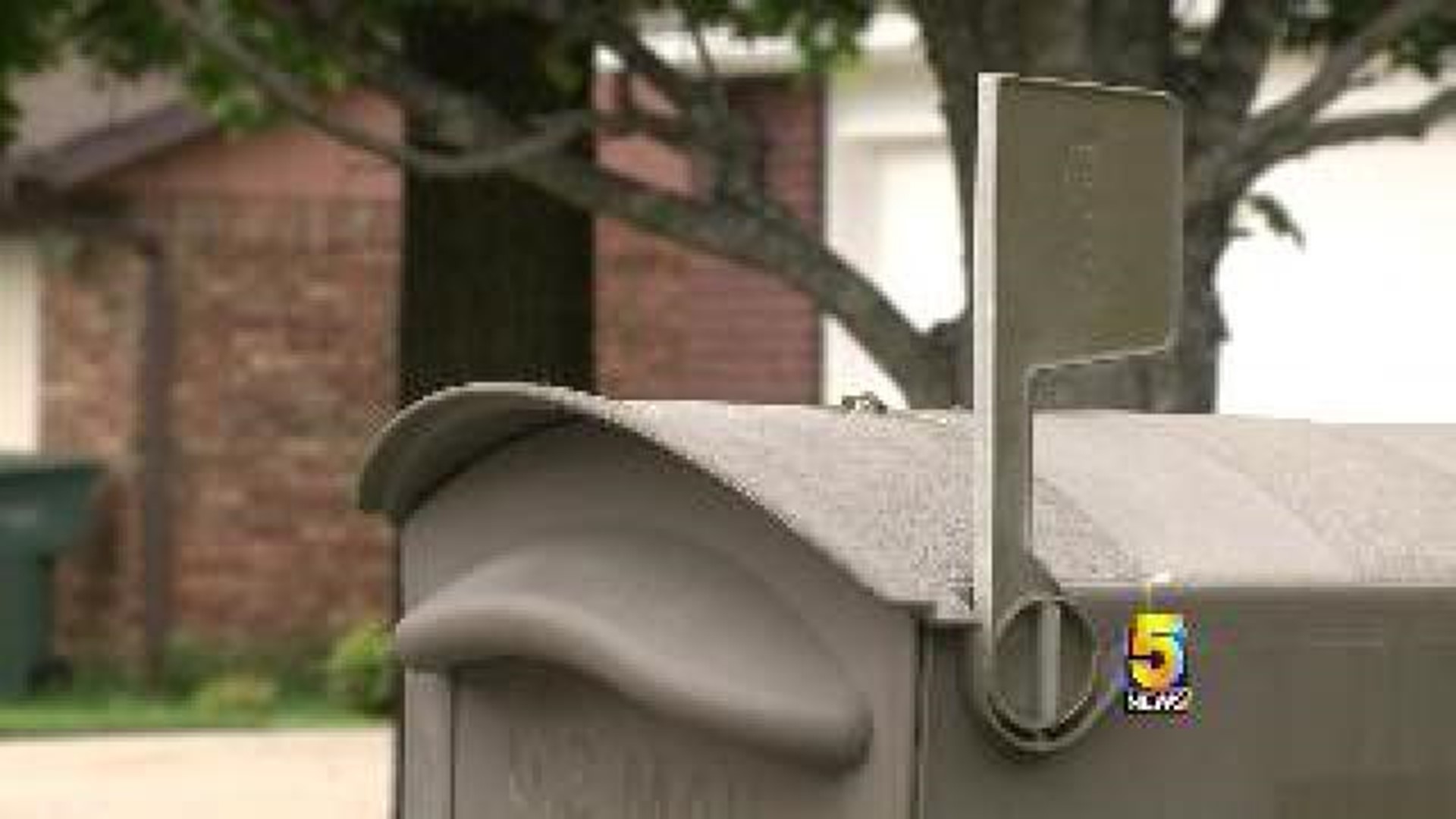 Six Washington County forgery suspects are behind bars following a joint investigation into a check-washing scheme in which local residents’ mail and checks were reportedly stolen from their mail boxes.

Tracie Farmer, Benjamin Ramsfield, Neriah Ruth and Timothy Allen were arrested Tuesday on suspicion of forgery and other various potential charges. Farmer was booked into the Washington County Detention Center on $8,180 bond, while Ramsfield’s bond was set at $16,132.50.

Candy Forbes and Dion Dawson were also arrested in the case and face felony forgery charges. Their bonds were set at $2,500 each, according to the Sheriff’s Office.

The Sheriff’s Office and the Fayetteville Police Department conducted a joint investigation during May and June into reports from county residents of mail stolen from their mail boxes and mail found on the sides of the roads. Preliminary reports on the suspects’ arrests state investigators were still compiling reports, but concluded the forged amounts so far total $3,100.

The victims also reported their outgoing bills were not being paid and their outgoing checks did not arrive at their intended destinations, the preliminary reports state. Several of these checks were passed inside Fayetteville city limits and were suspected of being altered, police said.

Following an investigation, police identified Ramsfield, Farmer, Ruth, Forbes and Dawson as suspects, according to the preliminary reports.

Washington County investigators and Fayetteville police detectives on Tuesday morning began checking local motels for the suspects. Farmer’s vehicle was found at the Day’s Inn on Shiloh Drive in Fayetteville. Investigators said they discovered Farmer and Ruth inside Room 230, along with criminal evidence.

Authorities said they found evidence in the motel room of check washing, a method of check forgery in which checks are altered before being cashed.

“It appeared as if the suspects were using the mirror to lay the checks against it and possibly use the blow dryer to speed up the process of drying the checks,” a preliminary report states.

"They were using sand paper to remove some of the ink off of the checks themselves and then they would re-issue the check for a deposit or other locations so that's how they got away from it," said Sgt. Craig Stout with the Fayetteville Police Department.

Stout said the check thefts happened from the east side of Washington County to the west side of Fayetteville.

"I think the lesson here that we need to remind people is if you do have checks to pay your bills or something like that, it's always a good idea to take them to a post office or to one of the blue post office boxes, which are a little bit more secure, a little harder to get into," he said.

While searching the room, investigators said they found a stack of papers with a “Bank of America” header. Police noted the name of the account holder in the documents did not belong to any of the suspects, according to the report. Authorities also searched Farmer’s vehicle and said they found torn-open mail consistent with the victims’ reports.

The preliminary report states county detectives later that morning found Ramsfield’s vehicle, along with methamphetamine and documents inside the suspect’s wallet that were consistent with the stolen mail.

The report states Ramsfield admitted during a police interview to breaking into several mailboxes to steal mail over a three-month span for the purpose of stealing and altering checks.

Farmer told police she assisted Ramsfield in depositing stolen checks into her account because he did not have proper identification. She later withdrew the money and gave it to Ramsfield and was paid for her assistance, according to the preliminary report.

Forbes and Dawson each face two counts of forgery and one count of possession of a forgery device. Forbes’ arraignment is set for July 14, while Dawson has a scheduled arraignment date of June 27, according to the Washington County Sheriff’s Office.

Farmer faces charges of forgery, possessing instruments of a crime, possession of a forgery device, possession of methamphetamine or cocaine, possession of drug paraphernalia and failure to appear. Her arraignment is scheduled in Washington County for June 30, according to the Sheriff’s Office.

Ramsfield’s potential charges include possession of a controlled substance, failure to appear, parole violation, breaking or entering, two counts of theft of property, failure to pay fines and costs and theft of property from a building. His arraignment is scheduled for July 14, the Sheriff’s Office website states.

Allen’s potential charges include forgery and probation violation, the Sheriff’s Office website states. His arraignment is set for July 14.

A representative with Day's Inn told 5NEWS that the suspects were merely staying at their hotel, and Day's Inn had nothing to do with the case.