FAYETTEVILLE (KFSM) – The man accused of killing community college student Nina Ingram in 2006 felt disrespected by her, then later shoved his way into he... 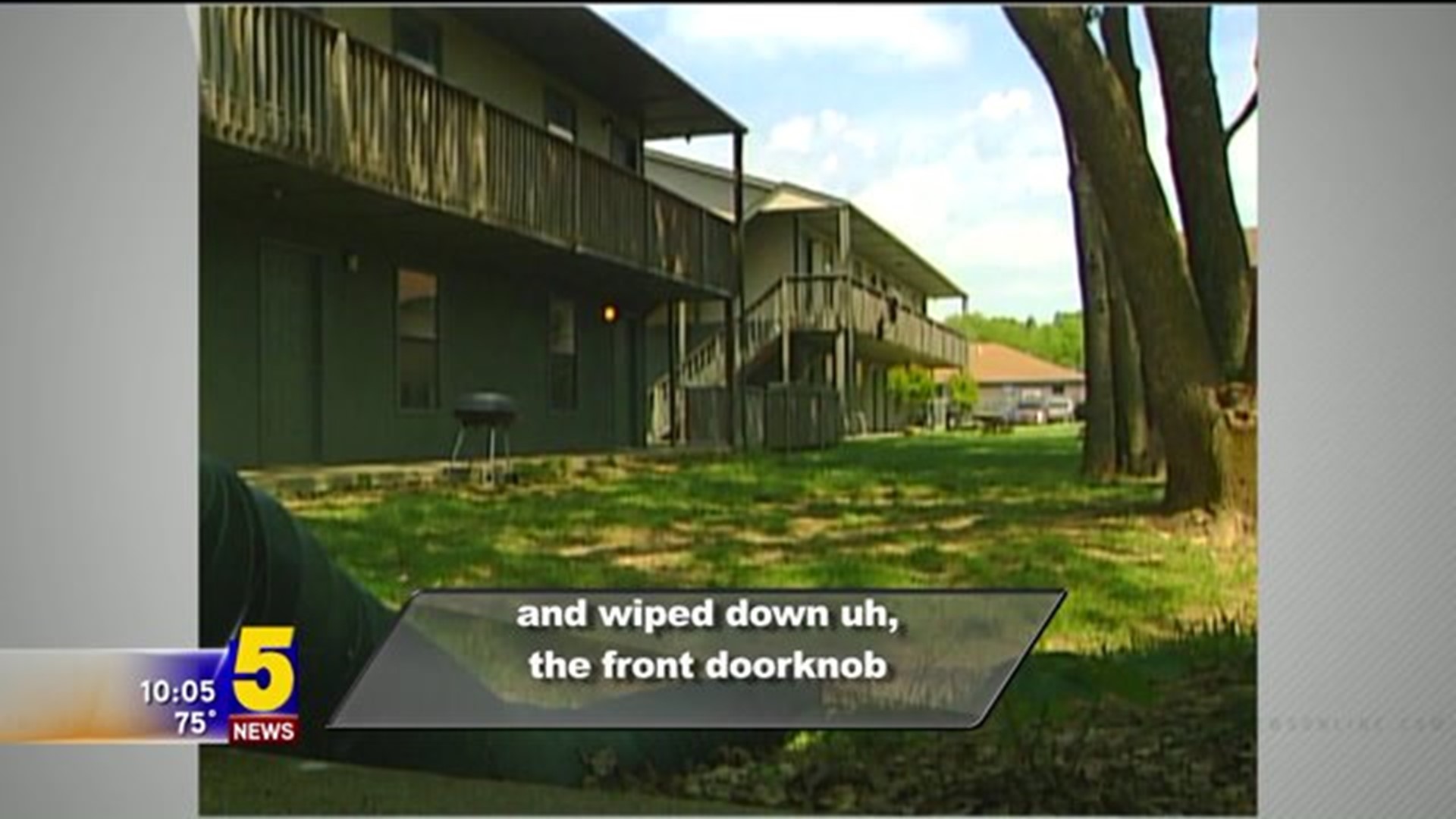 FAYETTEVILLE (KFSM) - The man accused of killing community college student Nina Ingram in 2006 felt disrespected by her, then later shoved his way into her apartment, choking her to death and wiping down the crime scene, according to an acquaintance of his.

Randee Applewhite, pictured, an acquaintance of former murder suspect Rico T.  Cohn, offered that description of the killing in recorded interviews with Scott Carlton, a Fayetteville police detective. (Click on the audio file below to hear the interview.)

The recorded interview, transcribed in April 2012, was obtained by 5NEWS through a Freedom of Information Act request submitted to the 4th Judicial District prosecuting attorney.

Cohn was arrested in 2012 and charged with capital murder in the case.

Applewhite was considered the key witness in the prosecution's capital murder case against Cohn, but after she recently died during surgery, the prosecutor's office dropped the charge against Cohn due to a lack of evidence.

Cohn was released last week from the Washington County Detention Center. He has since been reunited with family in Tennessee.

Matt Durrett, the 4th Judicial District prosecutor, told 5NEWS last week that the case into Nina Ingram's killing is closed for "all intents and purposes" now that the charge against Cohn, the only suspect in the case, has been dropped.

While Durrett considers his case essentially closed, the Fayetteville Police Department's investigation into the killing remains open, the prosecutor said.

Ingram, a business student at NorthWest Arkansas Community College, was found strangled April 22, 2006, in her apartment at what then was known as the Law Quad Apartments at 701 W. Sycamore St. The complex is now called Club At The Creek.

According to Applewhite, Cohn and some of his friends at the complex were coming on to women when Ingram dismissed him, embarrassing him in front of his friends. He returned to the complex a couple of days later to buy marijuana when he saw Ingram walking into her apartment. That's when he shoved his way into the apartment and killed her, Applewhite said.

Applewhite's recorded interview would not have been sufficient in a trial since criminal defendants have a right to confront their accusers in person, Durrett said.

He said there was no DNA evidence in the apartment linking a suspect to the killing because the apartment had been cleaned apparently by the killer. Ingram was strangled to death with a ligature that was not recovered, he said.

"We believe an innocent man had been locked up for over three years for something he did not do, and we do not believe that his justice for anybody," said Pirani, a former public defender now with the Nolan, Caddell, Reynolds law firm.

Pirani also said the defense team believes Applewhite, had she lived and had the case gone to trial, would have testified that Cohn did not tell her he killed Ingram.

"We had every reason to expect that her testimony was going to be quite different from some of the things that have been said in the past," Pirani said. "And in fact she has told us in no uncertain terms that she does not believe that Rico [Cohn] committed this crime."

Durrett said there are no other suspects in the case besides Cohn, but Pirani disagrees.

Pirani said his heart goes out to Ingram's mother, Judy.

"We also would like to see justice for her," he said. "And justice does not involve the wrong person being locked up for this crime. It involves finding the right person and we do not believe that is Rico Cohn."

Pirani said the defense has shared the results of their investigation with the prosecutor and police and plans to share it with Ingram's family at the appropriate time.

Durrett said he has a year to refile charges against Cohn if new information or evidence surfaces, but right now he does not expect that to happen.

Applewhite, who was 34, died of complications during surgery at Northwest Medical Center in Springdale on March 3, according to an obituary.

In a Facebook message to 5NEWS Managing Editor Larry Henry early Wednesday (July 8), a person identifying himself as Cohn wrote, "Please believe me. I am innocent and had nothing to do with this, and my heart mind and soul goes out to the Ingram family."