ROGERS (KFSM) — The 53rd annual Daisy National BB Gun Championship match draws the best of the best from around the nation. For Kayla Ressler competing at... 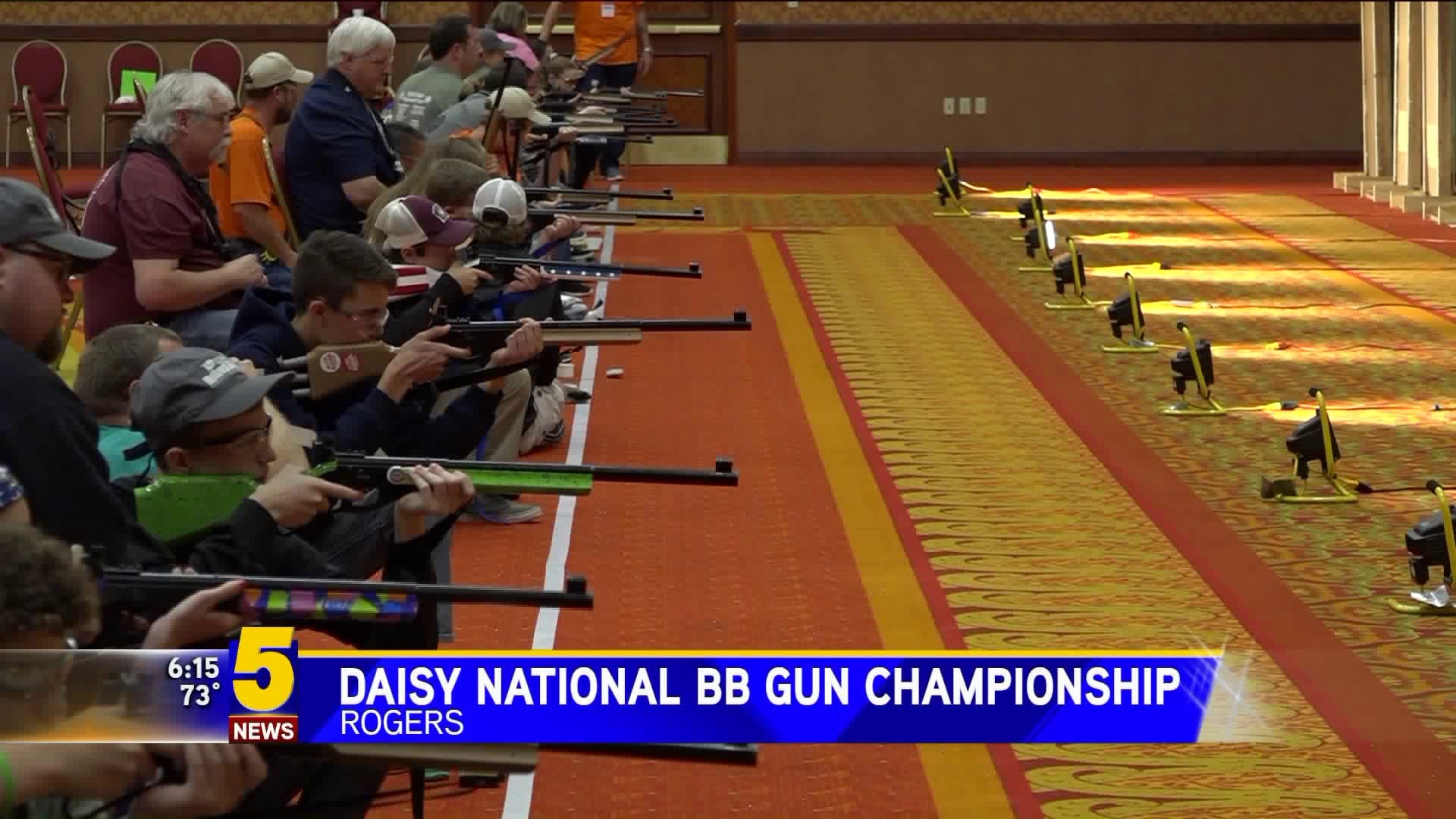 ROGERS (KFSM) -- The 53rd annual Daisy National BB Gun Championship match draws the best of the best from around the nation.

For Kayla Ressler competing at the Daisy National BB Gun Championship is exciting.

"Being up there in front of 500 people you know saying you’re the third best team in the country is exhilarating" the teen said.

Ressler, along with 55 teams of shooters and coaches are competing in the championship match. Competitors come from across the United States have traveled to the John Q Hammons Convention Center, in Rogers, for the big event.

‘’We are getting July 4th, kids, BB guns.I mean it doesn’t get any more American than that,’’ said Lawrence Taylor, Daisy public relations coordinator.

The competition is the largest BB gun match in the United States. To qualify shooters have to win their state’s competition.

‘’This is the most prestigious 5-meter BB gun championship in the nation,’’ Taylor said.

The young competitors ages range from 8 to 15, most of these kids coming to the championship said it is more about camaraderie than winning.

This year is Colby Briggs last year to compete in the competition. He has competed for seven years and said he is grateful for the opportunity he has had to meet new people,

"It’s a great experience to be as a team and make new friends from a lot of different states around the country.” Briggs said.