40 Arkansas School Districts To Get Over $100M In Repair Aid 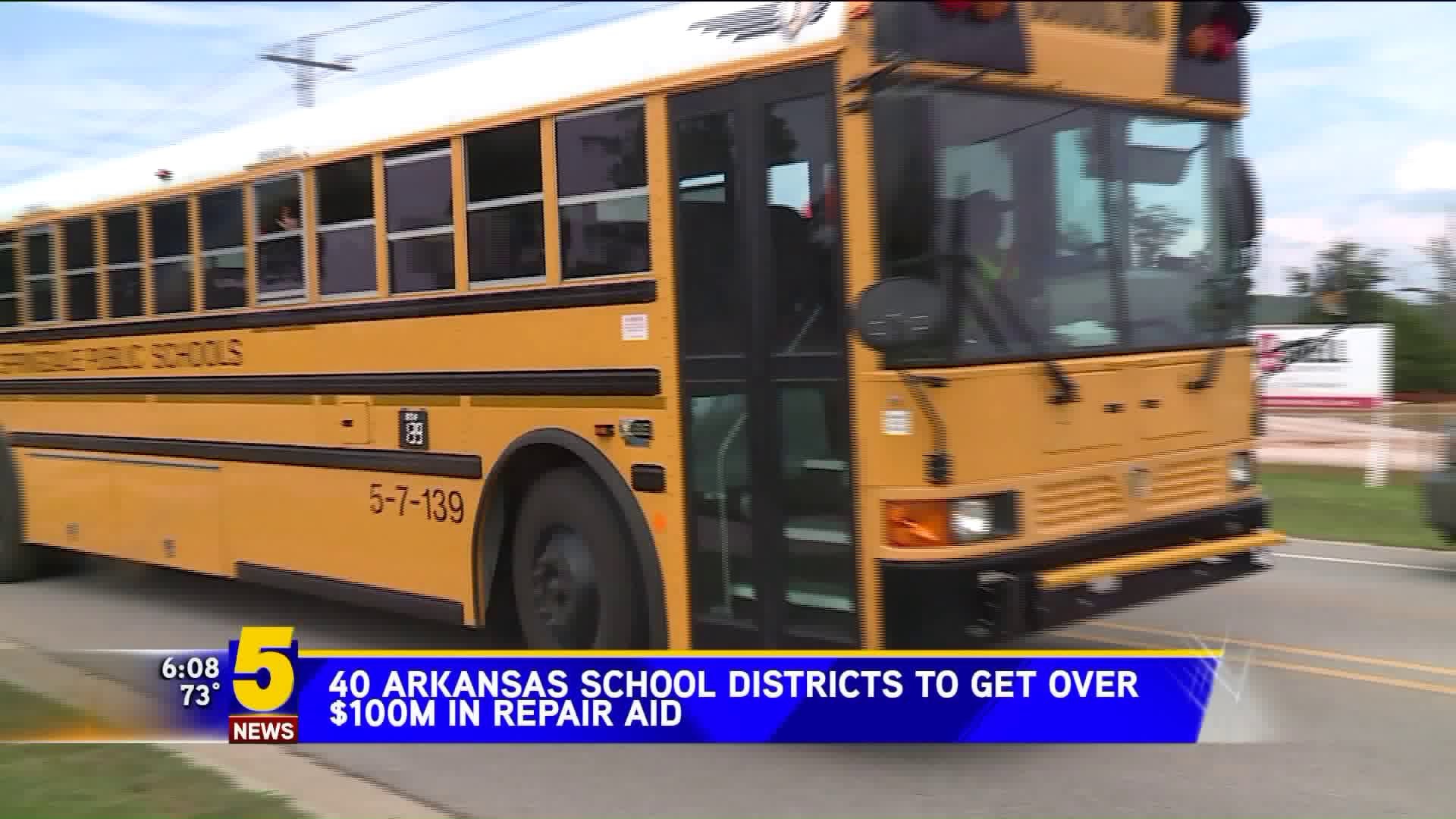 The West Memphis School District will get the most money in the first year of the state's two-year funding cycle, receiving more than $20 million to replace three junior high school buildings.

The funding comes from the Arkansas Academic Facilities Partnership Program.

The state's share of the costs is determined by a district's student enrollment and its local property tax wealth, with more affluent districts qualifying for smaller fractions of state building assistance or no building repair aid at all.