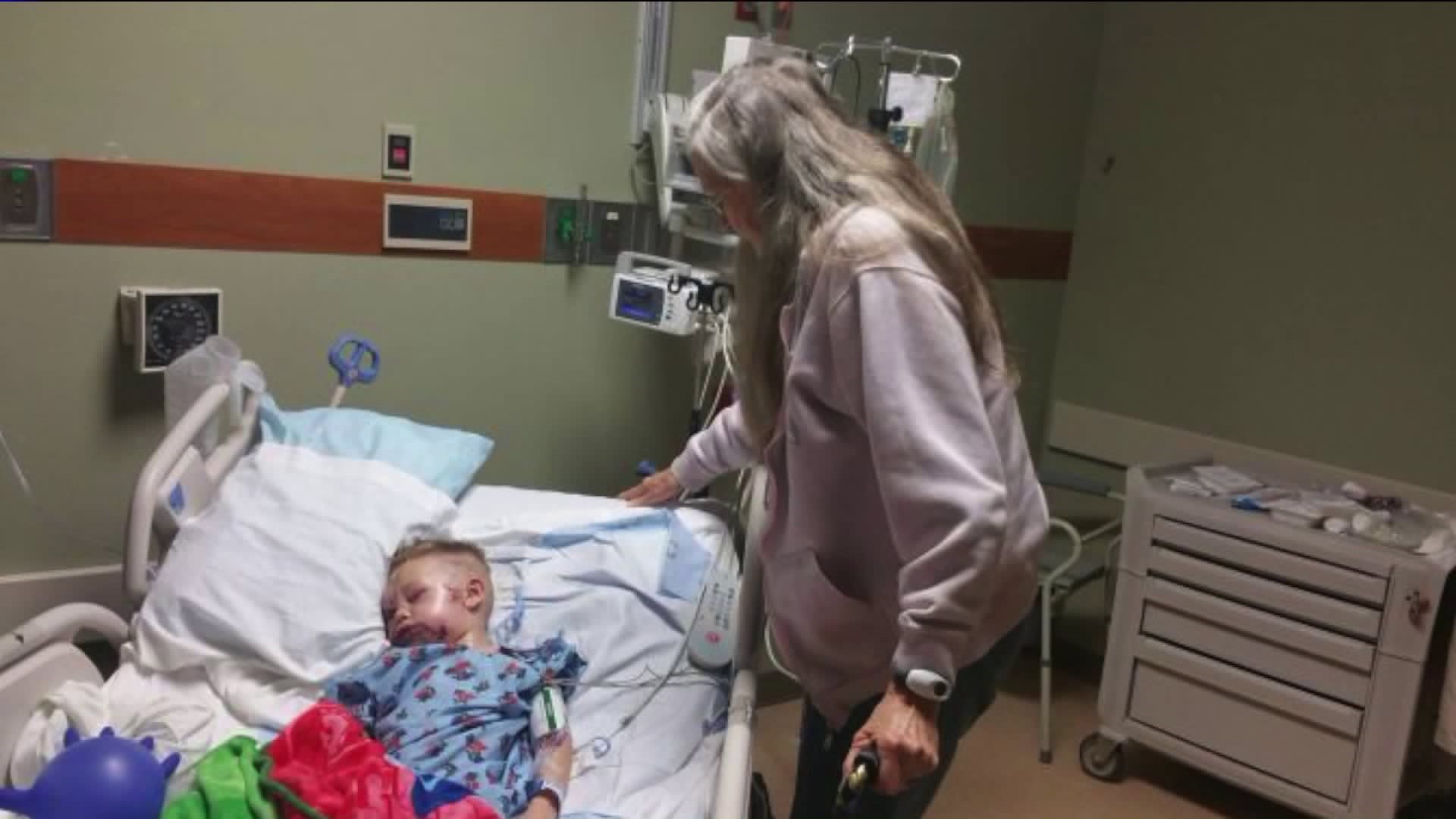 WEST FORK (KFSM) -- Matthew Guess, 4, is recovering at Little Rock Children's Hospital after being attacked by two dogs Thursday (April 6), according to his father, Dustin Guess.

Matthew had another surgery Saturday (April 7) morning and additional surgeries will be done to reconstruct his face.

Guess tells 5NEWS his son was walking between their home and their landlord's home near West Fork, when a neighbor's dogs attacked the boy.

Guess said he was outside at the time working on a hog fence when he saw the attack unfold.

Guess tells 5NEWS he ran as fast as he could to get the dogs off his son and bring him to safety.

Matthew suffered several injuries to his face and body in the attack. Per the owner's request, one of the dogs has been put to sleep. The other dog is on a 10-day quarantine.

The dogs are quarantined at a local veterinary clinic, according to the Washington County Sheriff's Office (WCSO) Facebook page.

Both dogs have been deemed dangerous and only one of the dogs had proof of rabies vaccinations, said WCSO.

"My son is the bravest, strongest human I have ever met," said Guess.

More than $6,000 was donated for a Facebook fundraiser for Matthew, which has now ended. The description read:

"Today Matthew was attacked by two pit bulls. His face was severely damaged, and his legs. He is going to have to have facial reconstruction surgery, and therapy. We would like to raise money to help with the expenses of the family. Anything will help!"

Below are pictures of Matthew and his family. Just a warning, some of the pictures are graphic.