VAN BUREN (KFSM)- What has become known as the Log Town Hill accident is one of the deadliest accidents to ever happen in the River Valley. On June 21, 1985, a ... 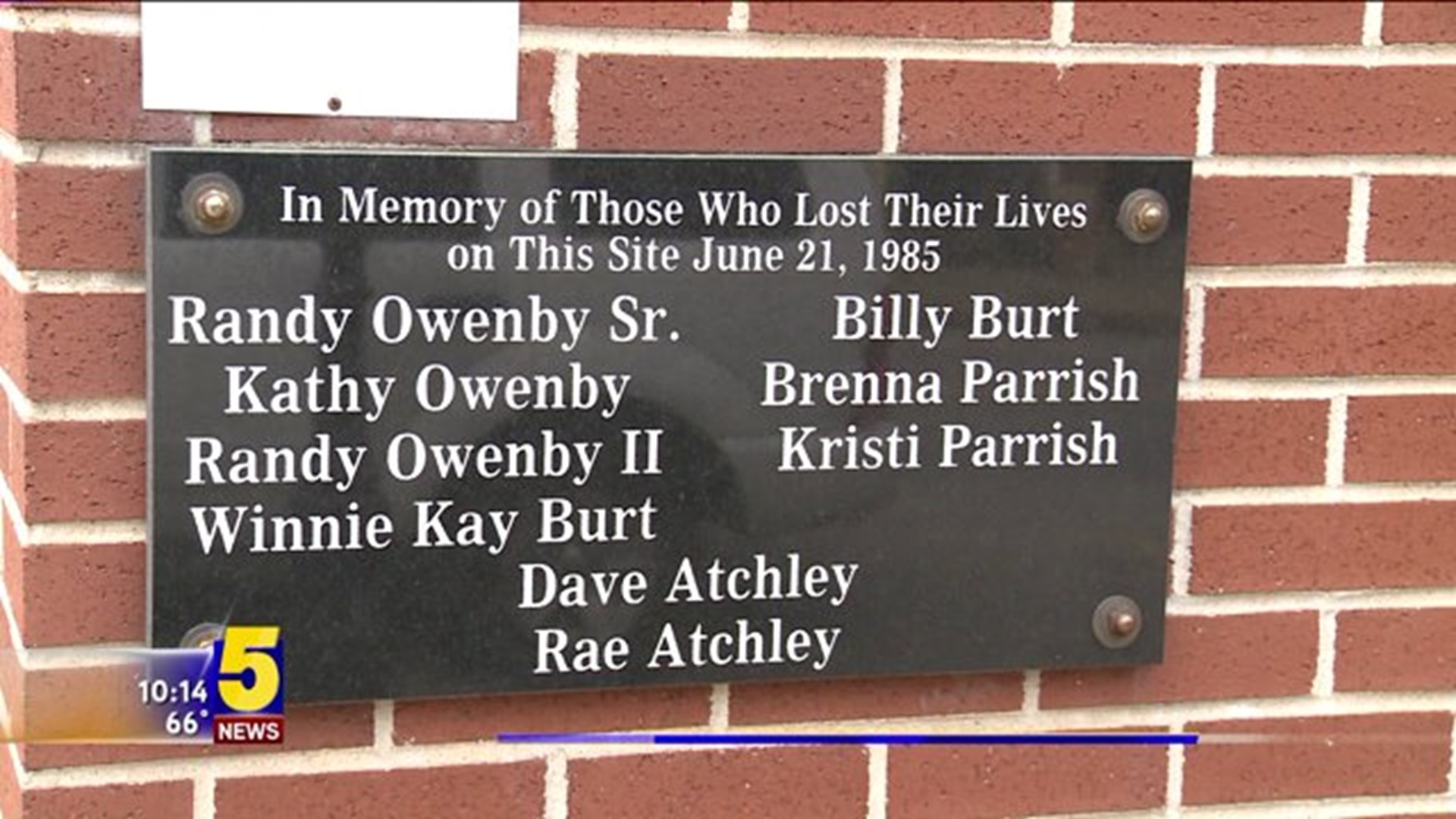 VAN BUREN (KFSM)- What has become known as the Log Town Hill accident is one of the deadliest accidents to ever happen in the River Valley.

On June 21, 1985, a little before 8 p.m. that Friday night, an 18-wheeler loaded with frozen pork steaks lost its breaks and barreled down Log Town Hill in Van Buren. The truck went airborne after hitting the railroad tracks at the train depot. It landed on top of a station wagon with seven people inside, including small children. Everyone and everything ended up in the basement of three businesses on Main Street. Then there was an explosion.

Linda Dickson had just passed the intersection where the collision happened and saw everything in her rear-view mirror.

"We tried to get in, but there was too much debris everywhere," she recalled.

Dennis Gilstrap was a firefighter for the Van Buren Fire Department back then. He was off duty that night, but was one of the first on scene.

"I was in there and it was so hot," Gilstrap said. "It felt like the hide was going to come off your arms. It was really, really a hot fire."

Gene Bell was the mayor of Van Buren and got a call about the accident while he was at a birthday party.

"When I got down there it was a mess of flames and everybody was helping," he said.

Gilstrap said he eventually realized there was a station wagon under the truck. Dickson and a friend were able to get close enough to see it.

"We heard a voice whimpering and it's a sound that will haunt me until the day I die," Dickson said. "What was actually several hours seemed like just seconds or minutes because you were so involved in what was going on."

It took several hours to put the fire out and several days to clean up the wreckage, but the former mayor said it didn't take long after that for Main Street to return to normal.

"The downtown people, the merchants down there had the support of the entire community," Bell said.

A small park now marks the site where the accident happened to honor the 9 people who died that night in 1985.

Not long after the accident, the Van Buren City Council passed an ordinance reinforcing a law banning all 18-wheelers from Log Town Hill. A report from the National Transportation Safety Board showed the driver of the truck ignored posted signs meant to keep tractor trailers off the road.