KANSAS CITY, Mo. (AP) — A federal grand jury has indicted two more employees of a company that owns a duck boat that sank on a Missouri lake last summer, killin... 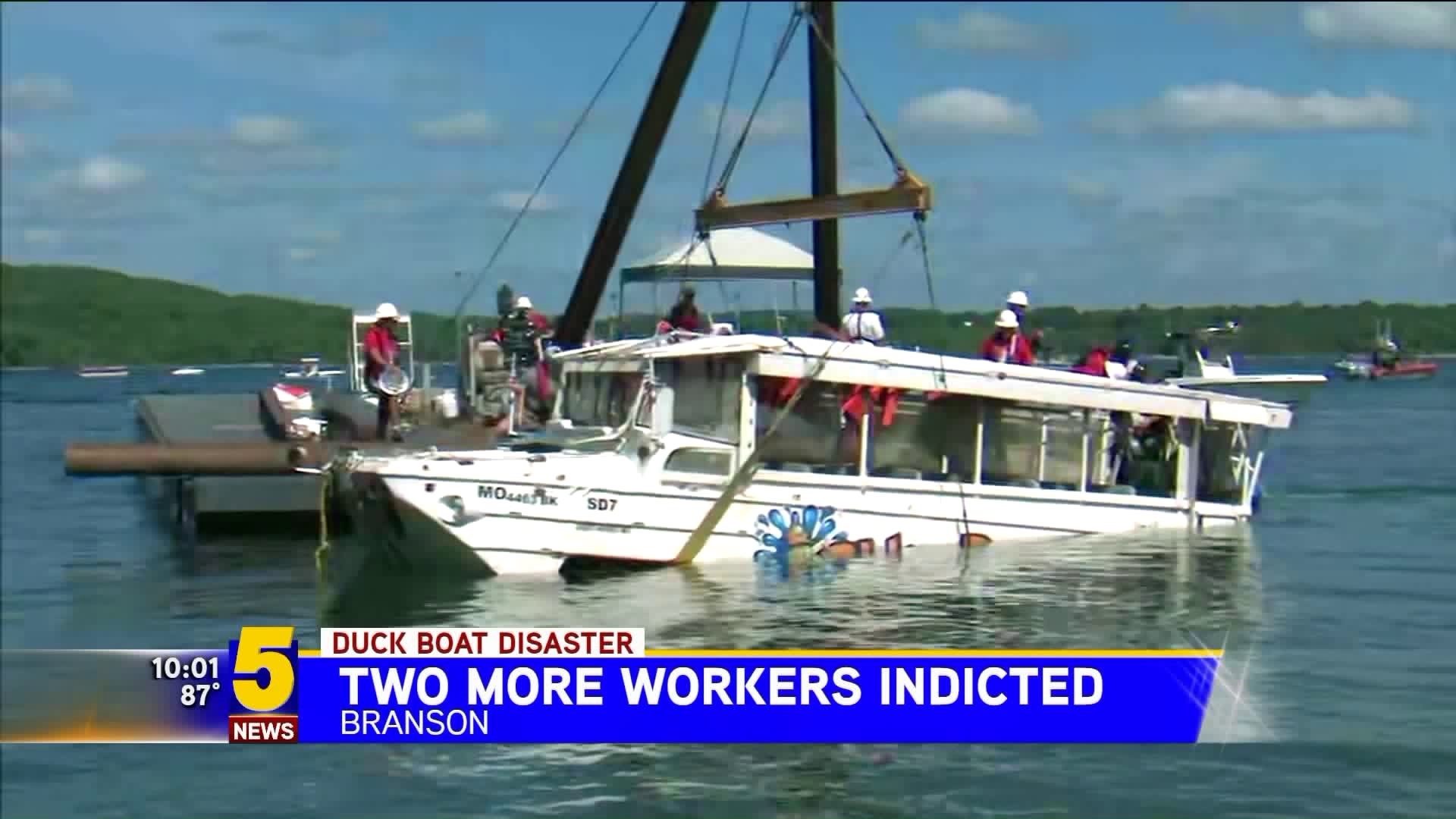 Curtis Lanham, the general manager at Ride the Ducks Branson, and Charles Baltzell, the operations supervisor, were charged with misconduct and neglect in a 47-count indictment that was unsealed and made public Thursday following their initial court appearances, the U.S. attorney's office said.

The boat's captain, Kenneth Scott McKee, was indicted previously on charges alleging that he failed to properly asses the weather and failed to tell passengers to don flotation devices as conditions worsened. The amphibious vehicle he was piloting sank at Table Rock Lake near Branson after it entered the lake despite severe weather warnings. Fourteen people survived.

"At no point between the departure of Stretch Duck 7 from the RTDB facility and its sinking, did Baltzell or Lanham communicate with McKee regarding the approaching severe thunderstorm," the indictment stated.

According to the indictment, Baltzell, 76, of Kirbyville, directed McKee to enter the vessel on the water when there was severe weather and lightning in the area. Baltzell also is accused of failing to communicate to McKee the nature of the severe weather.

Lanham, 36, of Galena, is accused in the indictment of failing to establish training and policies for monitoring for severe weather and allowed others responsible for monitoring weather to be distracted by other duties. The indictment said Lanham helped create "a work atmosphere on Stretch Duck 7 and other duck boats where the concern for profit overshadowed the concern for safety."

Phone and email messages seeking comment from attorneys for Lanham and Baltzell were not immediately returned.

Ripley Entertainment spokeswoman Suzanne Smagala-Potts said the company is cooperating with the U.S. Attorney's office and other agencies investigating the incident.

"We are committed to doing everything we can to help and support the community of Branson and those impacted by this accident," Smagala-Potts said in a statement. "While the United States Attorney has decided to bring criminal charges as a result of the accident, all persons charged are entitled to a strong presumption of innocence until proven guilty beyond a reasonable doubt. We have and will continue to offer support for all of our employees as this process moves forward."

Smagala-Potts said Ripley continues to work with the surviving victims and relatives of those killed "and have reached settlement agreements with many individuals and families, and we continue to work with others."