PEA RIDGE, Ark. (KFSM) — A mother and another female have been arrested after leaving an unsupervised infant locked inside a hot car without air conditioning on... 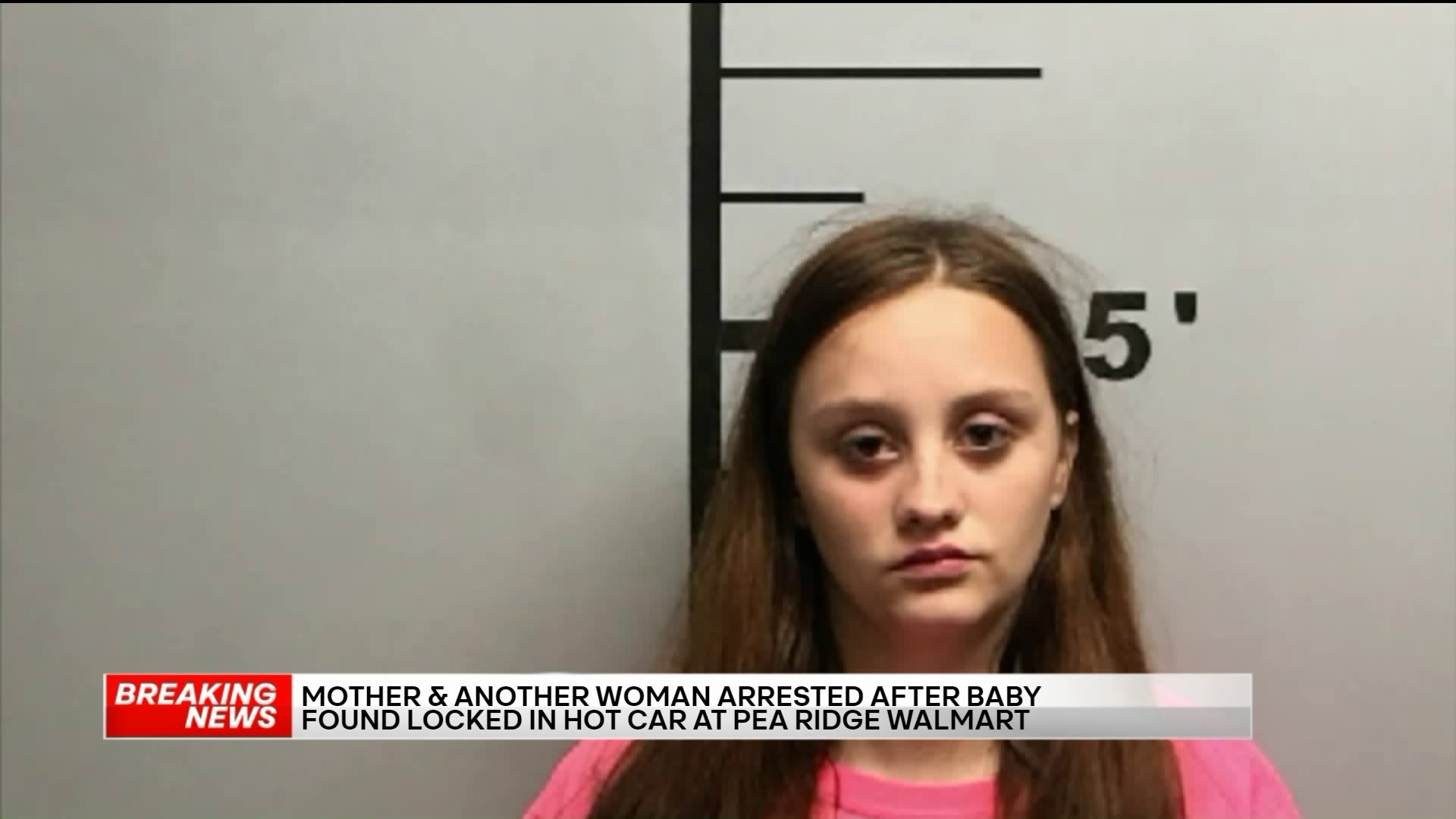 PEA RIDGE, Ark. (KFSM) — A mother and another female have been arrested after leaving an unsupervised infant locked inside a hot car without air conditioning on Sunday (Aug. 11) at a Neighborhood Market in Pea Ridge, according to the Pea Ridge Police Chief Lynn Hahn.

Around 2:30 p.m. the Pea Ridge Police Department received a call regarding the child locked in the hot car.

Prior to first responders arriving on the scene a group of concerned bystanders broke the window of the car and started working to cool down the infant, Hahn said.

"He was really hot. He had glass all over him but he wasn't crying," said Michelle Holt.

Michelle and her husband Nathaniel Holt said they helped remove the baby from the car.

Nathaniel used a brick from inside of his vehicle to break the car's glass.

"He was foaming at the mouth and he was spitting and I just kept telling him that he was really strong and just to stay awake," Michelle Nathaniel said.

The Holts said they took the baby inside of the store by the deli in hopes of trying to cool him down.

They waited for first responders to arrive.

"The whole time I was wondering where is his mom? Is his mom going to show up? She never did," Michelle Holt said.

Officers found the mother and her friend inside of the store and said they claimed to have forgotten the baby in the back seat.

"I'm just glad he's ok because as I was holding him I didn't know and it was the most terrifying thing I've ever been through," Michelle Holt said.

"The people that busted out that window to get the kid out of the car saved the kid's life," Lisenbee said.

According to a probable cause affidavit, it was approximately 87 degrees with a heat index of 98 degrees during the time of the incident. It also states that the baby was left in the vehicle for about an hour and 15 minutes.

The child was transported to Children's Medical Center and has been listed in stable condition.

Karlee Spear, 21, and Ashlee Danley,26, of Seligman, Missouri, were arrested for allegedly leaving the infant in the car unsupervised for 45 minutes.

Following an investigation, officers determined the two women would be arrested for endangering the welfare of a minor. Both were transported to the Benton County jail are awaiting a bond hearing.

Chief Hahn says a huge thank you goes out to the group of concerned citizens that took quick action to make sure the child was okay.

Both women were being held at the Benton County Jail on $2,000 bonds. They're due in Pea Ridge District Court on Sept. 10.