The first of the A-10 Aircraft left from the 188th Fighter Wing Tuesday morning (Sept. 10), according to Major Heath Allen. Allen says two of the aircraft are e... 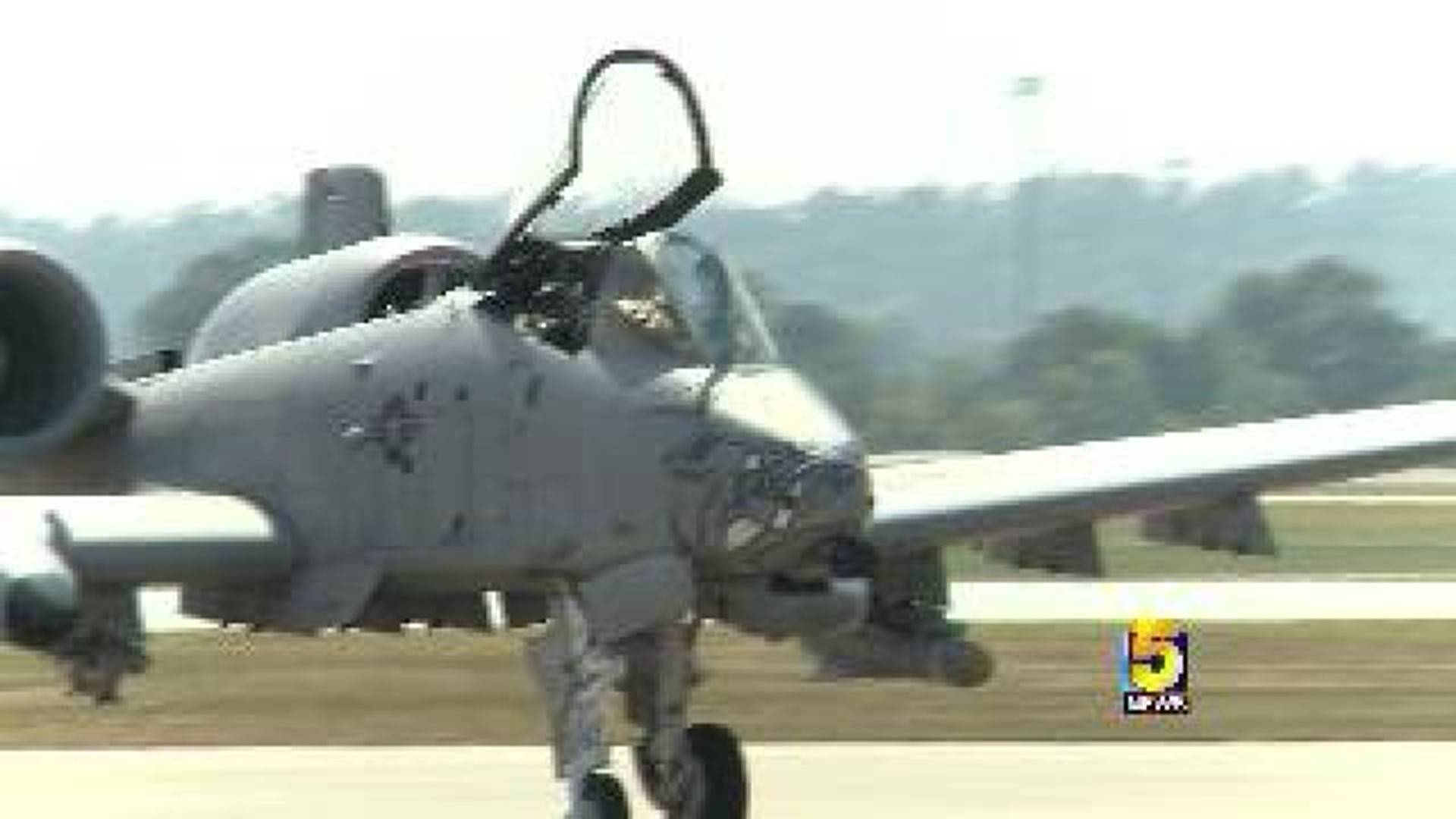 The first of the A-10 Aircraft left from the 188
th
Fighter Wing Tuesday morning (Sept. 10), according to Major Heath Allen.

Allen says two of the aircraft are en route to the Moody Air Force Base in Georgia, where they will become part of a squadron at the Air Force base.

"We've had them since 2007. We've deployed to Afghanistan twice with those. We've set all kinds of maintenance records and in those deployments we've saved countless people on the ground and coalition lives," said Col. Mark Anderson, 188th Fighter Wing Commander.

This comes just nine months after the Air Force announced that the 188th Fighter Wing would lose its 20 A-10 aircraft due to broad cuts in U.S. Defense spending. The unit is converting to unmanned Reapor Aircraft for future missions.

With the switch to drone aircraft, jobs are also changing at the 188th. Regardless, Allen says there are minimal jobs being cut. Instead, he explains that people are having to learn new skills as their mission changes.

"Well that's been our symbol, what we've rallied around," said Lt. Col. Anderson Neal Jr. "That's kind of our mark. Wherever we go in the world. And now we won't have that anymore."

Two planes are scheduled to leave every month while the Flying Razorbacks make the switch, according to Allen.