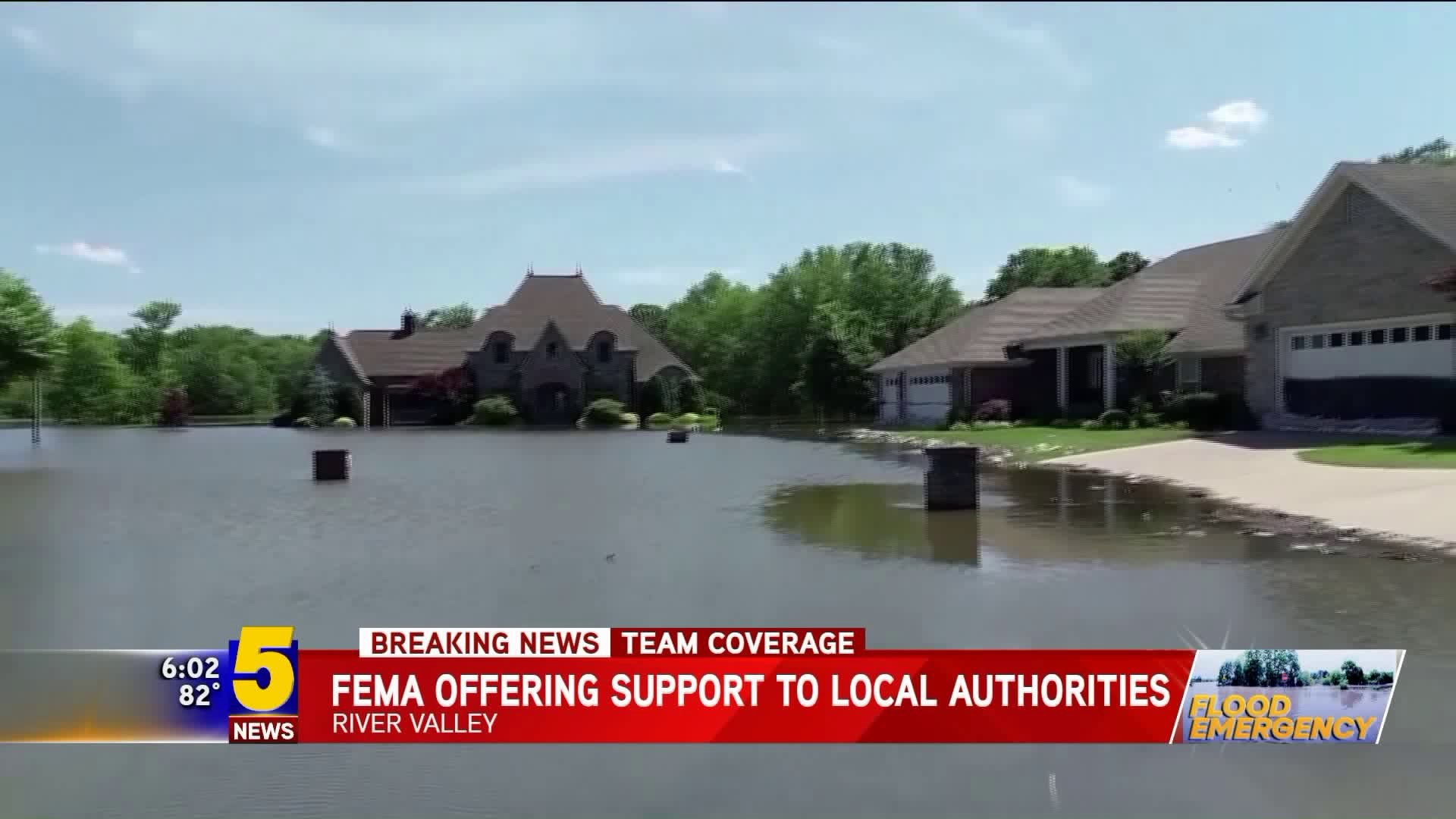 FORT SMITH (KFSM) — Sixteen counties in Arkansas have been named under the Federal Emergency Management Agency's disaster declaration, making them eligible for assistance during and after the flood emergency.

Daniel Green, external affairs officer for FEMA, said the declaration will allow the agency to work with state and local officials in the "flood fight."

The emergency declaration deals with alleviating the impacts of flooding, said David Hudson, Sebastian County judge. It doesn't deal with individual assistance for homeowners, which will come after the waters recede and damage assessments can be made.

"That hasn't happened yet, and we want to make sure that's clear," Hudson said.

Green said one of their biggest concerns at this point is keeping an eye on the levee system throughout the state.

That has proven a challenge. A section of the Yell County levee near Dardanelle collapsed early Friday morning, sending water pouring into the fields around Holla Bend.

The Yoestown levee in Crawford County has also been of concern, but after shoring up a weak section the last couple of days, Crawford County Sheriff Ron Brown said there had been no change in the levee's status, and that it was holding.

Maintaining the levees is going to be a big part of what FEMA will help state and local officials do, Green said.

"Our number one concern is keeping Old Man River inside his levees," Green said.

The next stage for FEMA will come after the water recedes when state and federal teams will go in to assess the damage. After that, state and federal authorities will work on getting the type of assistance needed for homeowners affected by the floods, Green said.

Also Friday, Fort Smith Mayor George McGill announced that a resource center would be set up in the next few days for those affected by floods.

The resource center will provide supplies people may need, as well as answers to any questions they may have. McGill said more details would come in the next couple of days.