SPRINGDALE (KFSM) – Students within the Springdale School District are being issued personal laptops. To date, the district has purchased 11,000 laptops. Fundin... 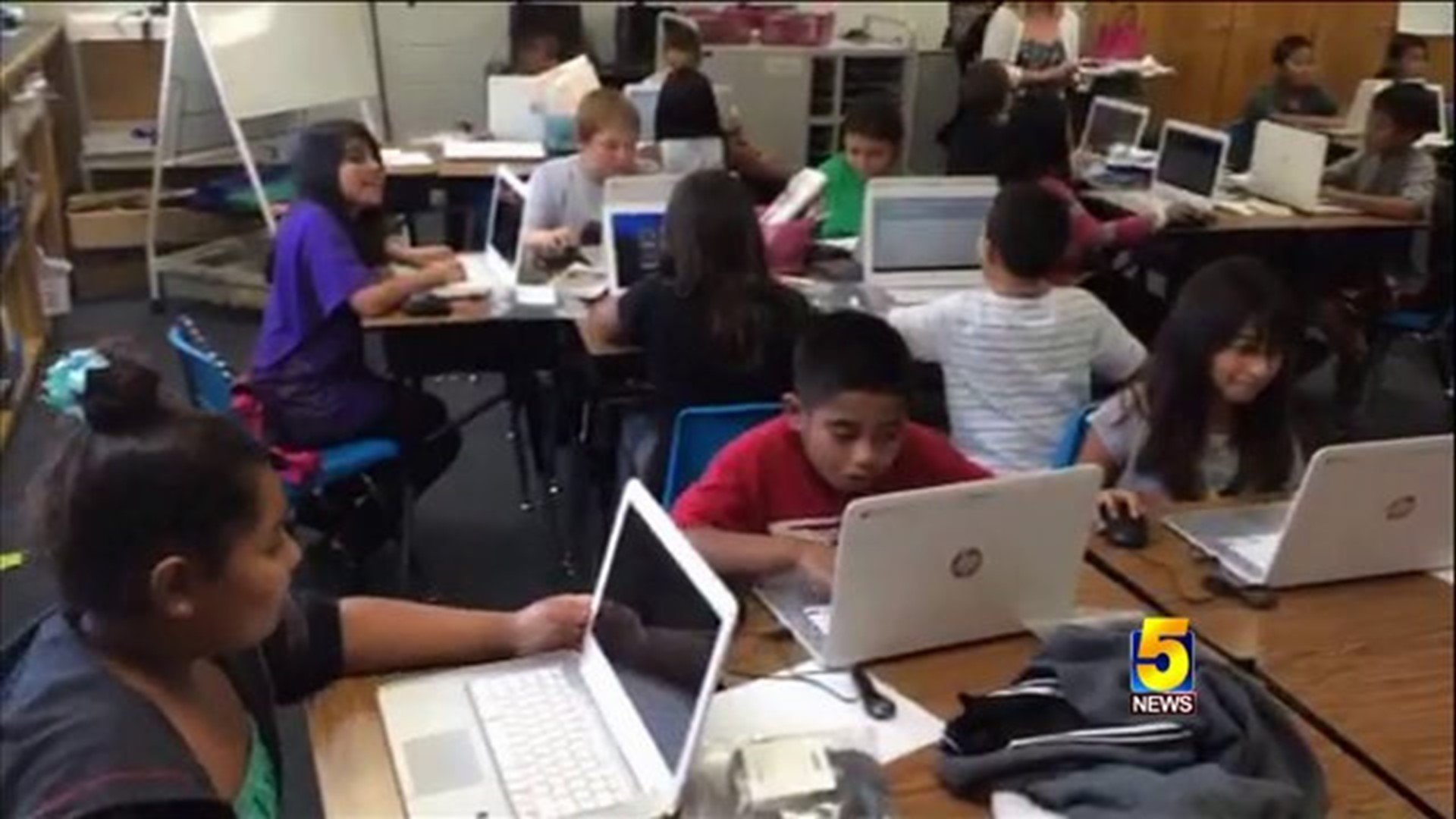 SPRINGDALE (KFSM) – Students within the Springdale School District are being issued personal laptops.

To date, the district has purchased 11,000 laptops.

Funding for the laptops is provided by the “Race To The Top” grant that the district received.

Fourth grade students in Ms. Carol Harkins’ class at Lee Elementary are some of those who have already received their personal laptops.

The district is one of five districts in The United States to receive the grant.

The district will receive $25.8 million throughout the next four years, with $17 million going towards purchasing electronics.

“It helps our students be able to research in a way that is more 21st century,” said Justin Swope, principal at Lee Elementary. “It is definitely more engaging for our students.”

Students in Ms. Harkins’ class were using the laptops to research for group projects.

“We are using them to look up the circulatory systems,” said Samantha Armirez, a fourth grade student at Lee Elementary.

“We get to research it on the computer, instead of having to look for it in books,” said Baltazar Mederos, a fourth grade student at Lee Elementary. “We research the questions that it [asks] us, and at the end we are making a brochure.”

Harkins said that the new laptops give her students an outlet to information that her generation did not have.

“We just had things that were in front of us, or what we saw on TV or in the movies,” Harkins said. “Now, they are able to see things across the world, different cultures.”

Administrators within the district said that implementing technology for each student was important to the success of each individual.

The district plans on issuing every student between the 3rd and 12th grades a laptop by the 2015 school year.

Students younger than the 3rd grade level will be issued tablets.