MULDROW, Okla. (KFSM) — One little boy was seen standing out in the heat selling his own toys for a good cause. For the past three days, 10-year-old Daniel Cras... 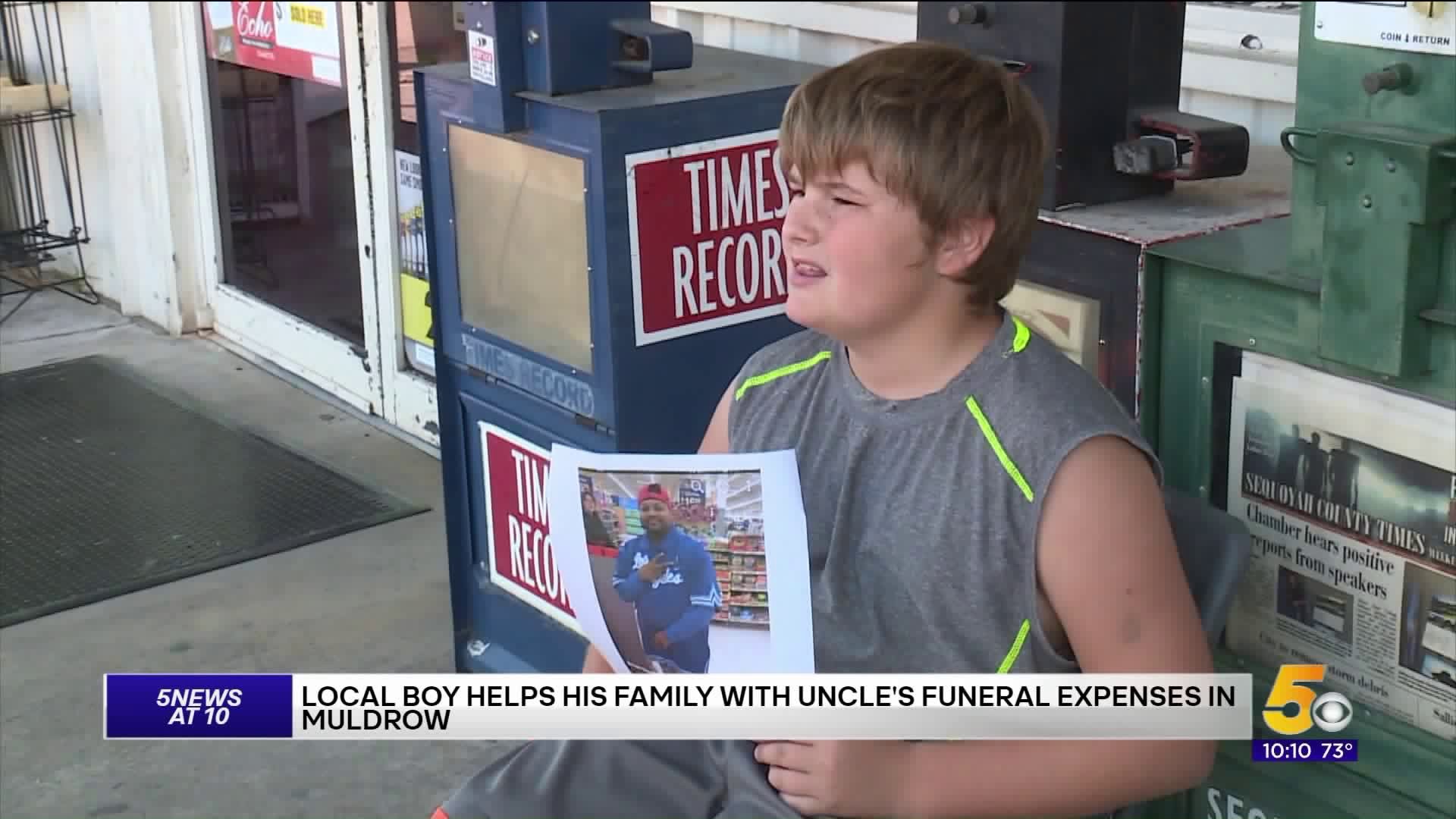 MULDROW, Okla. (KFSM) — One little boy was seen standing out in the heat selling his own toys for a good cause.

For the past three days, 10-year-old Daniel Crase has been standing outside of a Quick Way gas station selling his toys to help pay for his uncle's funeral.

He says he won't stop until he raises enough money.

"My uncle Brian was my bestest buddy," Daniel said.

Daniel and his uncle were inseparable, but when Brian suddenly died from a heart attack, Daniel lost his best friend.

Now Daniel is doing what he can to help pay for his uncle's funeral expenses.

"He said 'nana I want to raise money for my uncle Brian' and I said 'baby I don't know how to do that' and he said 'I do'," Brenda said.

Daniel first tried to raise money by selling his toys at their family's garage sale.

"He set out a yard sale in our yard, it didn’t work, so he said 'take me to the quick way because I’m going to raise money for my uncle Brian because that's what I need to do nana'," Brenda said.

Brenda says she's raised Daniel since he was brought home from the hospital and she's so proud of the young man he is today.

"It made my heart feel good because I know that I raised my baby the right way," Brenda said.

It was said that Brian had no insurance, so the cost of the funeral has fallen on to the family.

Donations can be made at any First Star Bank location using account number 40122442 or mailed to: