PRESCOTT, Ark. (AP) — A 14-year-old student opened fire inside an Arkansas school on Monday, shooting and wounding a fellow eighth grader in what appeared to be... 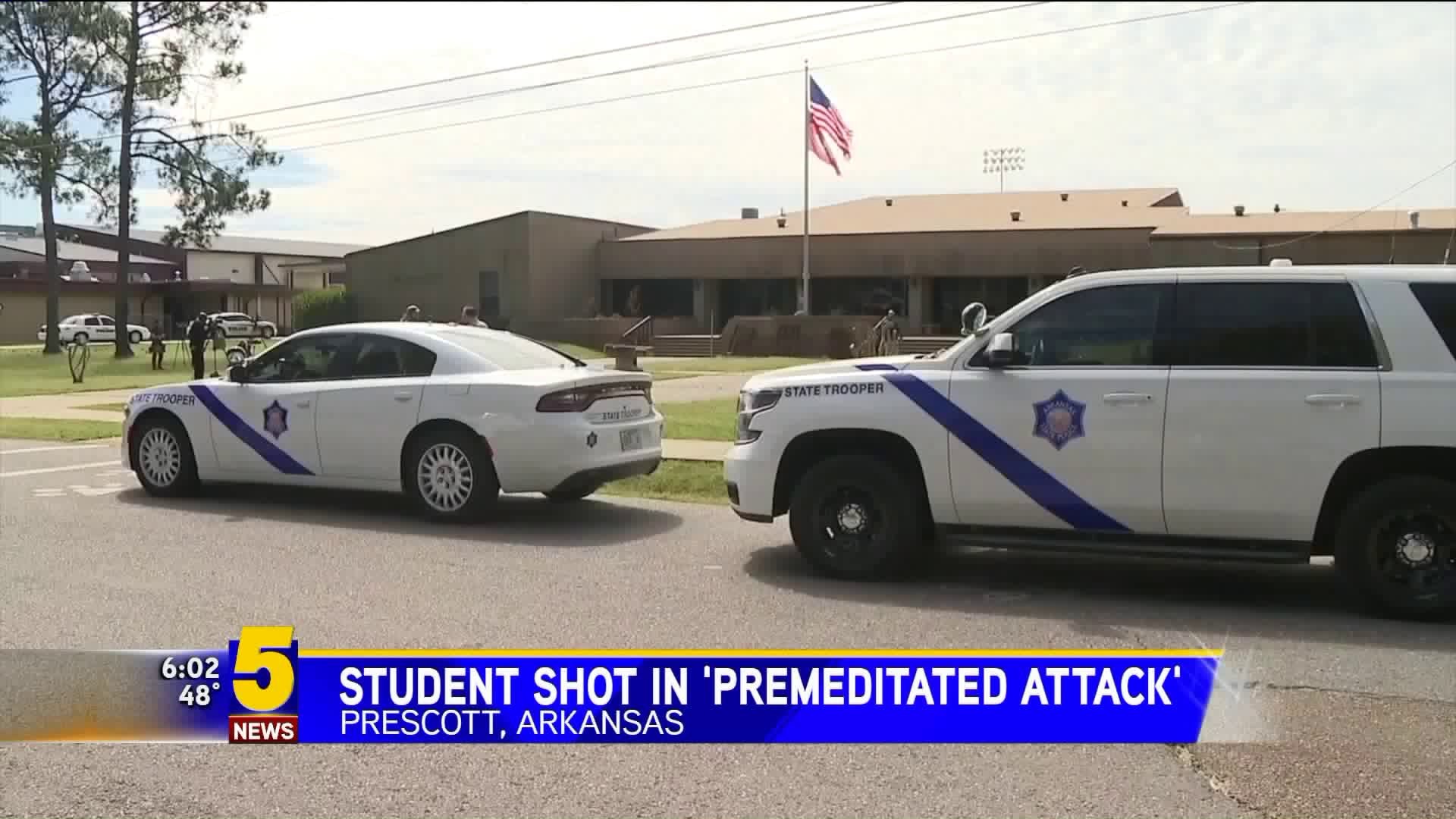 PRESCOTT, Ark. (AP) — A 14-year-old student opened fire inside an Arkansas school on Monday, shooting and wounding a fellow eighth grader in what appeared to be "a premeditated attack," according to authorities.

School resource officers responded within seconds, and the injured student was airlifted to an Arkansas Children's Hospital in Little Rock, according to Prescott Police Chief Joseph Beavers. The police chief said the suspected shooter was taken into custody.

The injured student was hospitalized in stable condition, Beavers said, though he declined to release other details about either student. He said the shooting occurred in a hallway at a school in Prescott, a city about 90 miles (145 kilometers) southwest of Little Rock.

The Prescott School District released a statement saying one student brought a concealed handgun onto campus and shot the other student. No other injuries were reported.

"It appears this was a premeditated attack specifically targeting the injured student," the school said in the statement.

Beavers said local police received an emergency call at about 9:15 a.m., but that school resource officers who were on campus at the time were able to contain the incident "in a matter of seconds."

A spokeswoman for Arkansas Children's Hospital in Little Rock confirmed that the hospital received a patient from the Monday morning shooting but said she could not release further details.

Local police did not immediately return a call seeking comment from The Associated Press.