One person who was riding an inner tube pulled by a van has life-threatening injuries after a hit-and-run in Fort Smith. 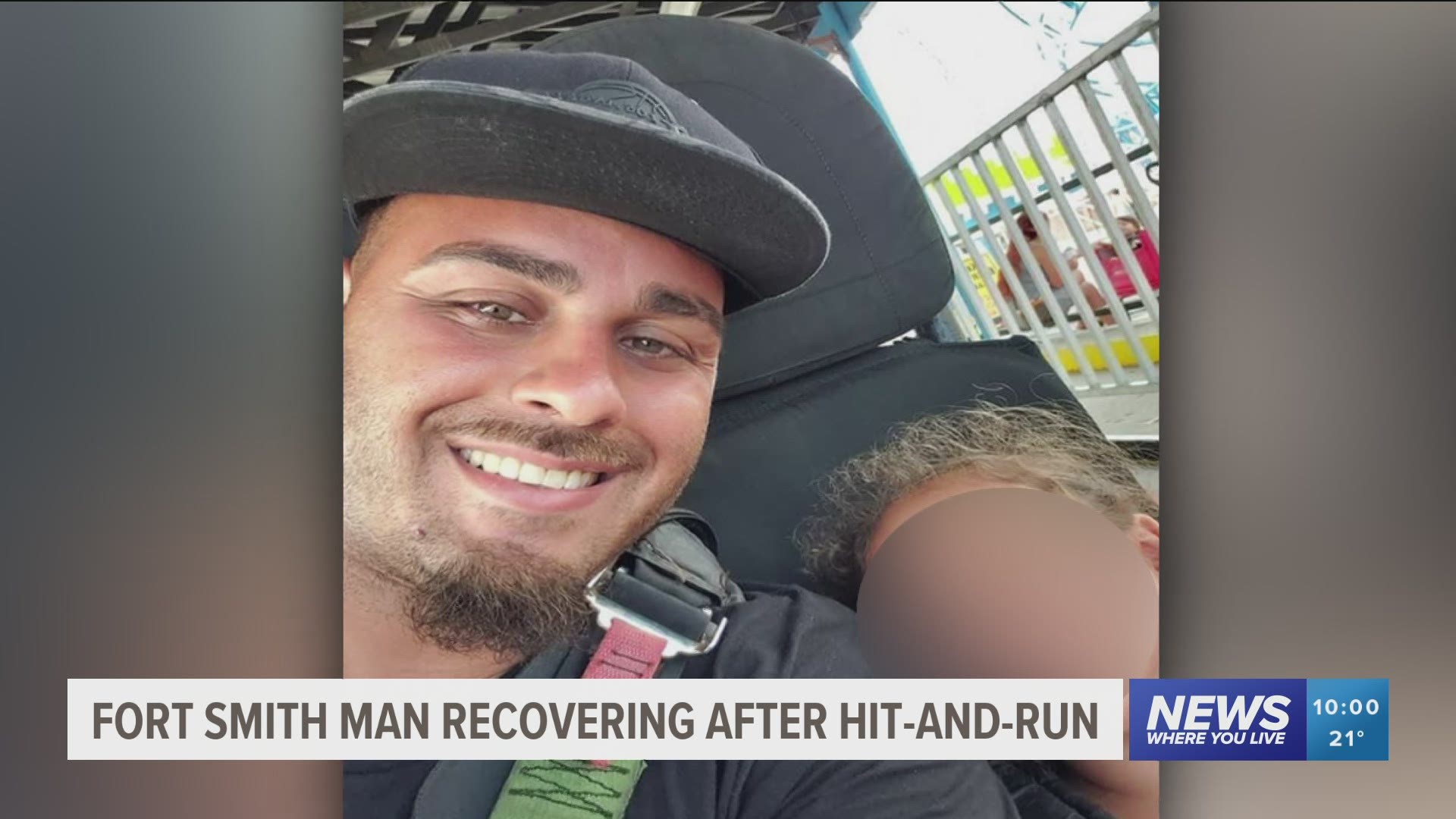 FORT SMITH, Ark. — One person has been arrested after a hit-and-run left a person riding an inner tube severely injured in Fort Smith.

The incident occurred at the intersection of N 45 and N J Streets around 3 p.m.

Police say Domingo admitted to driving the dark blue Chevrolet Malibu that struck 33-year-old Juan Antonio Castillo, who was being pulled on an inner tube by his father driving a van with the tube attached by a rope.

The Malibu, driven by Domingo, was determined to be traveling too fast for conditions as it came through the intersection, according to police. Breath tests were administered to both drivers in the incident but neither individual is suspected of being intoxicated.

Castillo was life-flighted to a Tulsa hospital with life-threatening injuries.

Domingo was booked on charges of leaving the scene of a personal injury accident, no driver's license, and too fast for conditions. He is being held on a $50,000 cash bond per the Sebastian County Prosecutor’s Office.

Anthony’s wife, Courtney Castillo, says he is now responsive after having surgery on his skull but is still on a ventilator and in very serious condition. She says parts of his skull were crushed, but doctors ran many tests and his brain scans are looking okay.

“He is still on a ventilator, they changed the settings to where he is having to do most of the work to breathe on his own," Courtney said "They had to do a pretty big incision on his head, he has 37 staples. The surgeon who worked on him did as much as he could, he does have a metal plate and some screws”

Castillo could be in the hospital for weeks, so his family friend and owner of Stu's Clean Cooking, Stuart Roland, is trying to help with the costs.

Starting now, if you purchase a frozen rack of ribs at any Stu's Clean Cookin' location, those proceeds will go to the Castillo family.

“We have $20 racks of ribs, you buy them in store, you take home, you reheat in 40 minutes and they are fantastic,” Roland said.

The Castillo family is staying in Tulsa while doctors continue to monitor Anthony's condition.

Roland wants to make sure Courtney, Anthony and their four children have nothing else to worry about.

“If people want to continue to donate more money, like throw an extra $20 in there, I’m going to match anything they donate in food for his family so they won’t have to spend that money on food, that money should go towards helping the kids," Roland said.

On Feb. 27, Stu's Clean Cookin' is hosting a drive-thru donation event at the location in Van Buren where you can pay $10 for a hot meal that day

RELATED: 3 arrested in connection to robberies in Fort Smith