Local restaurants react to Gov. DeWine's crackdown on businesses not adhering to guidelines 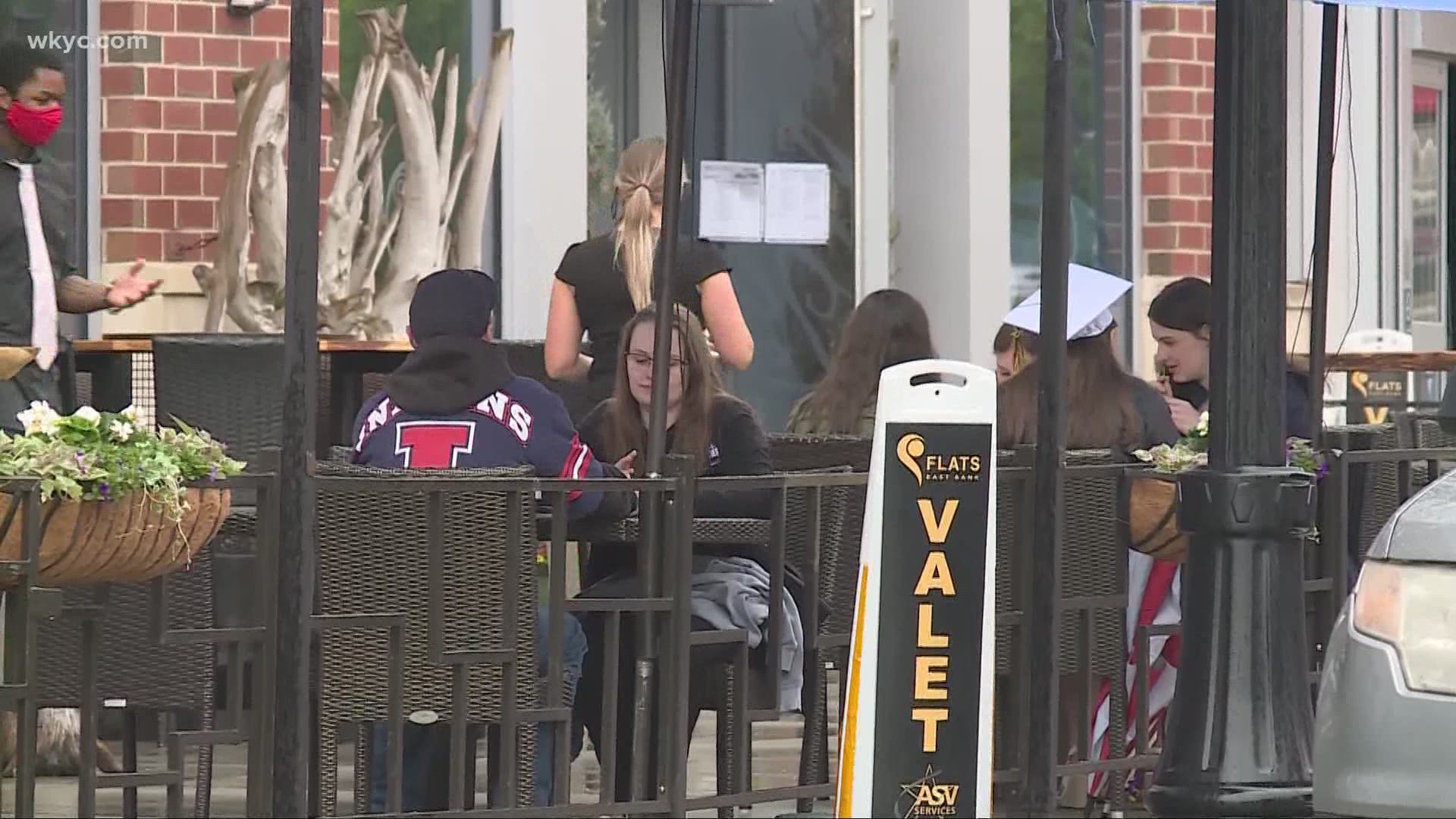 CLEVELAND — On Monday, Gov. Mike DeWine announced that he was mobilizing a task force that would work to enforce the state guidelines put in place for restaurants and bars amid the coronavirus outbreak.

As you can imagine local restaurants are having mixed reactions to the governor's new rules and task force.

The owner of True Cocktails & Bites, Brian Gresham, says he knows the changes are just to keep people safe.

“I’m sure when Governor DeWine rolled this out, he put his best foot forward,” says Gresham.

When inside areas of restaurants and bars re-open soon, customers have to be seated and there must be at least six feet between customers. At Chocolate Bar in downtown Cleveland, General Manager Shawn Freeman says the team immediately made sure to measure safe areas and put actual ‘x marks’ on the ground to indicate safe social distancing.

“I have no worries about it, we’ll be safe and we’ll be adhering to the governors guidelines,” says Freeman.

The Italian restaurant Lago has come under intense criticism after hosting a crowd on its patio this weekend. I asked Brendan Kearney, Lago’s Director of Operations about the governor’s new guidelines and task force.

“We think the Governor’s response is fair,” says Kearney.

If customers get impatient, just know that the owners and managers plan to enforce the new rules so the newly created task force doesn’t pull their license.

“If you cannot be patient, then we will respectfully decline your business, because we’re up under fire, we’re up under pressure, all of us are learning,” says Gresham.

RELATED: Cleveland Police respond to nearly 30 reports of mass gathers over the weekend

RELATED: DeWine: We will do 'whatever we have to do' in enforcing safety measures for businesses