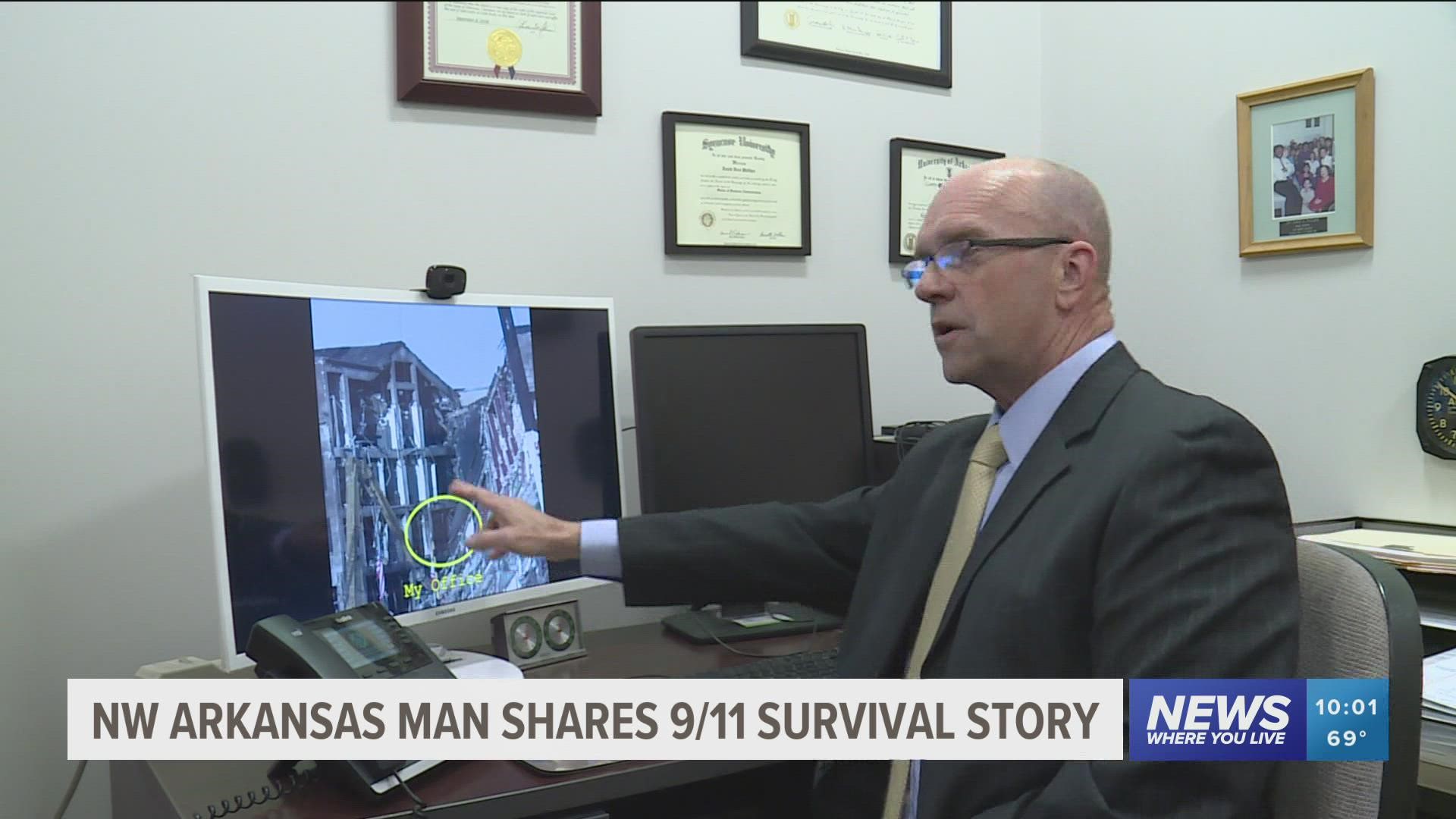 SPRINGDALE, Ark — Many remember where they were and what they were doing on September 11th, 2001; the day America changed forever. One Springdale native was just feet above where the plane crashed into the Pentagon that day. David Phillips was at the Pentagon on 9/11 found his wait out without a scratch. American Airlines flight 77 had been hijacked and crashed into the Pentagon the 64 people on the plane were killed, along with 125 in the Pentagon. Phillips recalls how quickly the atmosphere change when the plane hit the building. Phillips says he was eventually able to find a spiral staircase that led to doors to the outside. Usually, the doors were padlocked, but on September 11th the doors were blown off due to the plane’s impact. He was able to escape. Some may say it was luck, to others is divine intervention. After retiring from the military Phillips became an attorney. He now serves as the Deputy City Attorney for Springdale

RELATED: United Way of Fort Smith to host 'We Remember: A 9/11 Commemoration'