With no power or running water, Texas mother gives birth to healthy baby boy at home

With Feb. 17 as his due date, Clyde Joshua Passman decided he would come into the world a day early, and as fast as he could. 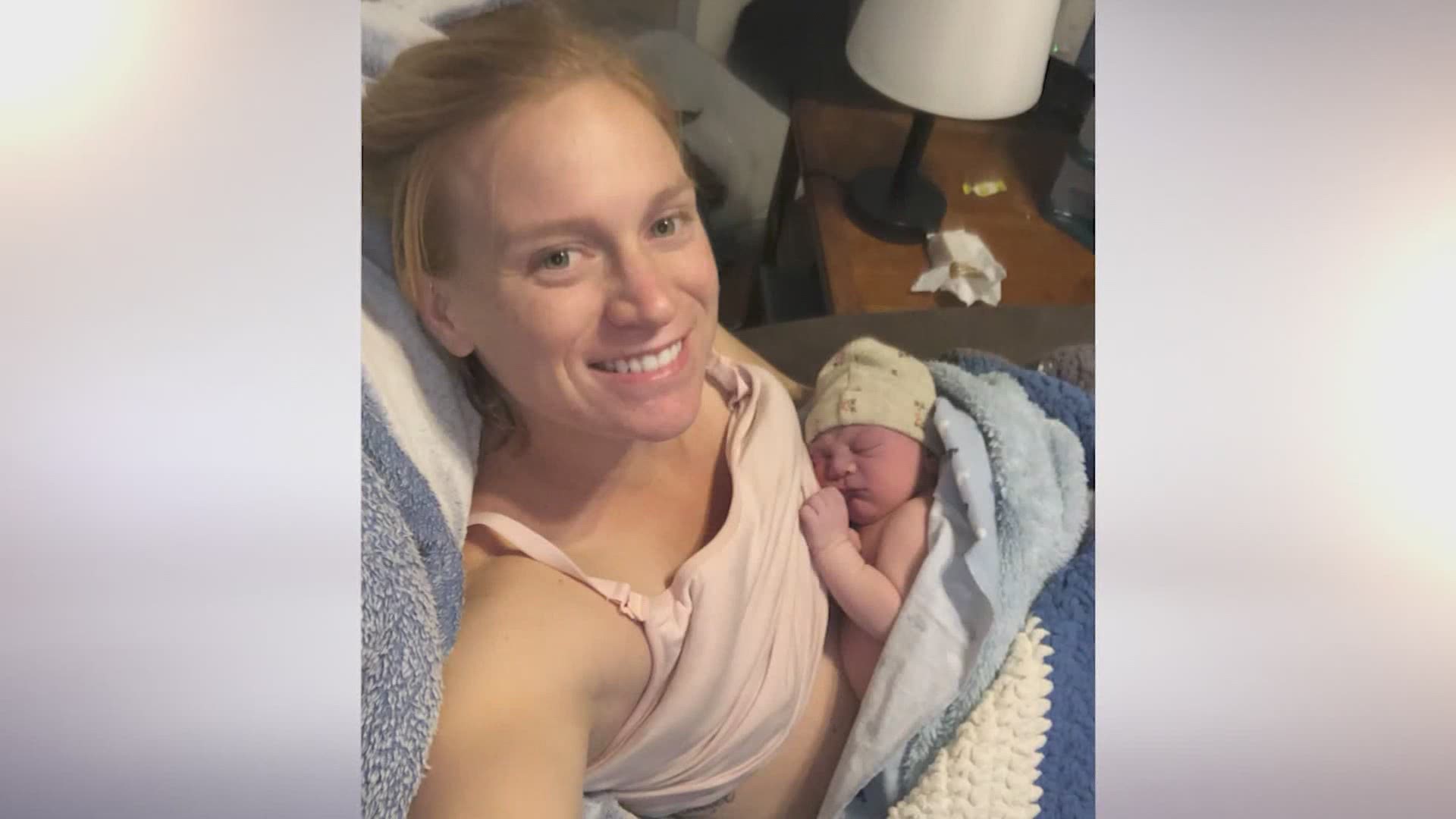 HOUSTON — A couple in Magnolia is sharing the incredible story of their fight to safely deliver their son into the world, all during an ice storm without power and water and no place to go.

With Feb. 17 as his due date, Clyde Joshua Passman decided he would come into the world a day early, and as fast as he could.

“It went just really fast. It was so shocking," Jenny Passman said.

But for mom, Jenny, and dad, Josh, the timing wasn’t the best -- in the middle of an ice storm.

“There wasn’t time to call an ambulance and hope they can get all the way out to Magnolia in the ice. It probably would’ve been birth at home no matter what," Josh Passman said.

So with no power, no running water and no midwife, Dad quickly went to work.

First he drove to pick up their midwife, and then siphoned gas for the generator to power the lights. The fireplace gave them heat.

And then Mom did her part.

“She gave birth, not even an Advil. 'Here’s some hot water, and here’s the midwife, and good luck, kid.' Pretty amazing stuff," Josh Passman said.

At 6 a.m. Tuesday, Clyde came into the world. In the middle of a powerful winter storm and a pandemic, the world got a beautiful, healthy baby boy.

“For Jenny and I, we’re just real grateful. I just, I've got to keep telling you that. We’re grateful," Josh Passman said.