Beverly Carter, a local realtor, was abducted then murdered in 2014 after showing a house in Scott. Today, realtors are using a new safety device in her honor. 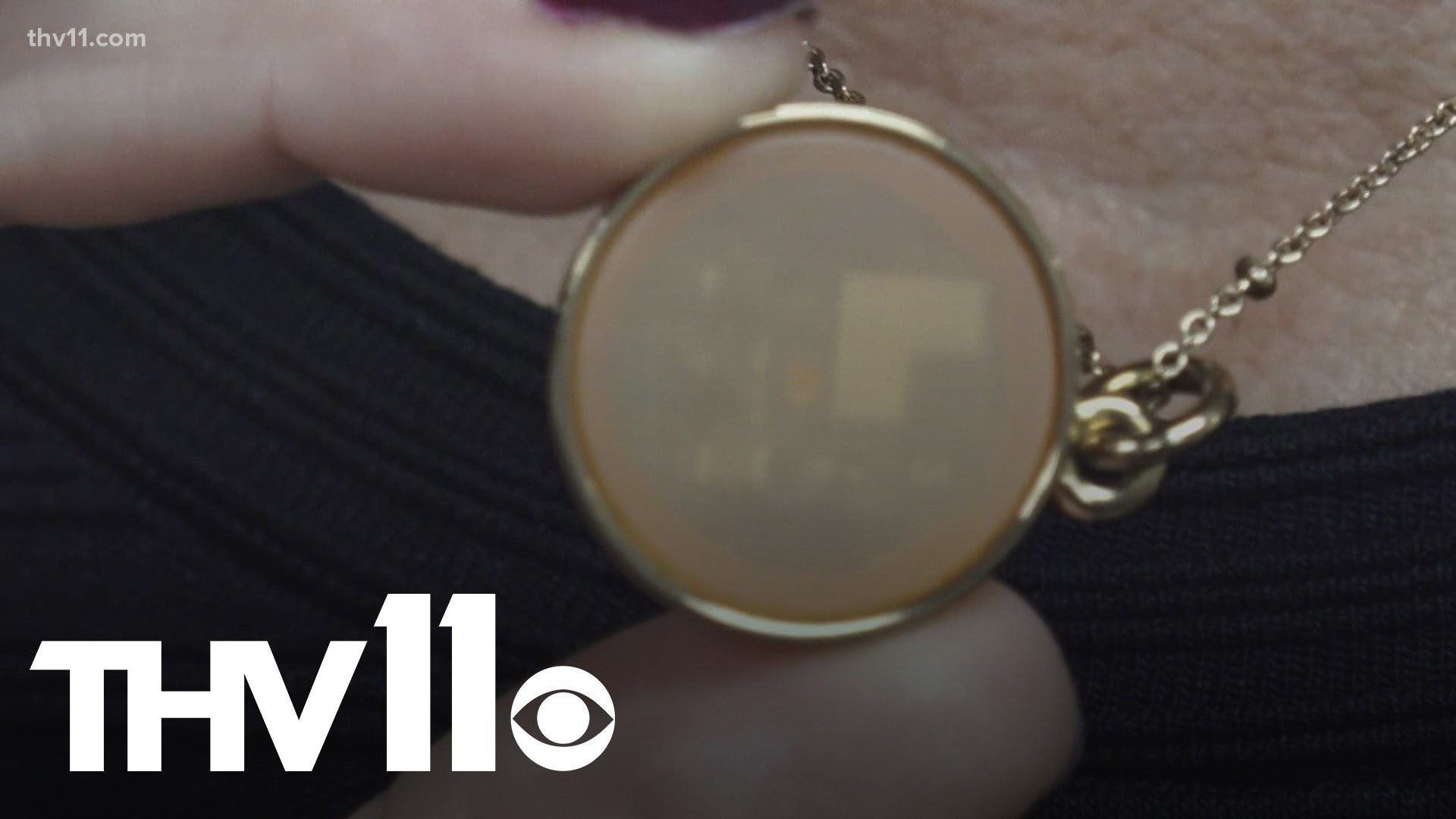 LITTLE ROCK, Ark. — Nearly 7 years ago, Beverly Carter, a local realtor was abducted then murdered by a couple after showing them a house in Scott.

"It's bittersweet. I wish that my mom had one that day,” Carl Carter, Beverly’s son, said.

Carl keeps his mom with him every day through a keychain with her initials on the back, but it’s not your typical piece of jewelry.

The jewelry made by Invisawear is actually a wearable safety device.

Invisawear designed the product in honor of Carl's mom.

"Since losing my mom in the Fall of 2014, we have seen great advancements in technology,” Carter said.

By double clicking the button located on the back, your emergency contacts are alerted and your exact location is shared.

"It's just a quick and easy way for them to discretely let their circle of people know that they need assistance,” Carter said.

Brittany Conley is a realtor with Re-Max in North Little Rock.

She owns the same Invisawear device and wears it as a necklace.

"You know how many lives you could save out there with this,” Conley said.

It’s a piece of jewelry she never knew she needed until she became a realtor where she works alone, especially now in a market that's booming and keeping her busier than ever.

"We try to work with people who we know, but often times we end up working with people we don't know,” Conley said.

Beverly Carter didn't know the couple she showed a house to. Unfortunately, they were the ones responsible for her death.

Carl believes with this new technology, others will have a fighting chance if ever faced with a situation like his mother's.

"It's so hard losing my mom, but there is that sense of peace knowing there's something good that can come from such tragedy,” Carter said.