The University of Arkansas continues the discussion of moving the statue of late Senator J. William Fulbright. A new law could be the determining factor. 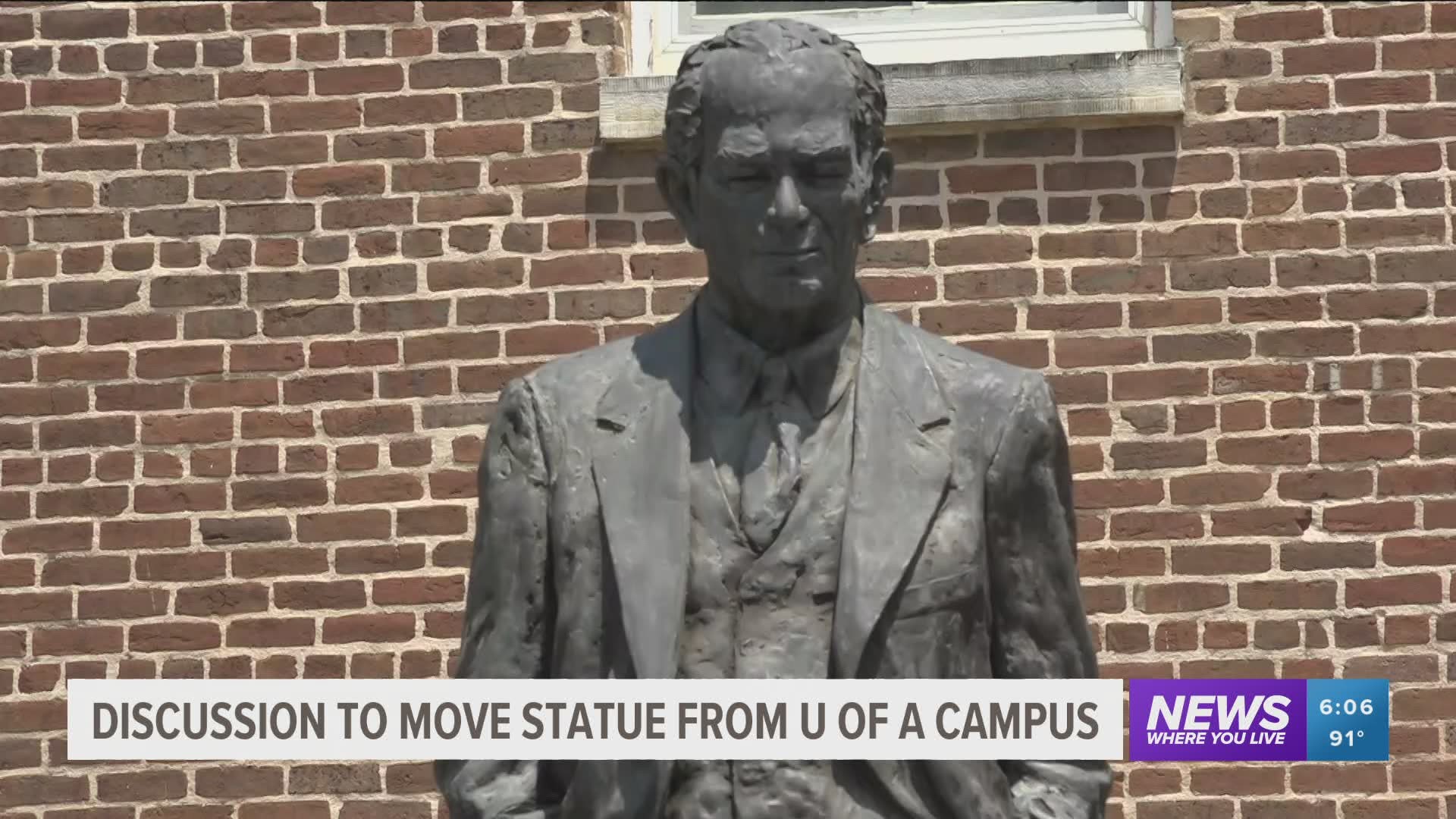 FAYETTEVILLE, Ark. — The University of Arkansas is continuing discussions of moving the statute of late Senator J. William Fulbright.

Talks of moving the statue from its original home on the University of Arkansas campus were heard by legislators in Little Rock this week.

The college of arts and sciences is named after Fulbright. His statue sits on the other side of Old Main, where it will likely stay because of new state law.

Fulbright signed the Southern Manifesto in opposition to Brown vs. the Board of Education and filibustered the Civil Rights Act of 1964. Chancellor Steinmetz and President of the U of A System, Dr. Donald Bobbitt, met with a senate and house committee this week. This discussion comes after recommendations came down last month from a university committee discussing Fulbright’s legacy on campus.

“I’m asking to preserve the statue actually and to move it to a location where it can create an educational environment where we are all about. We can tell the story about the Senator, the good things about the senator, and there are many of them,” Steinmetz said.

New state law prohibits moving statues like the one of Senator Fulbright. It’s called the Arkansas State Capital and Historical Monument Act and prohibits moving historical monuments. Senator Jason Rapert was part of the discussion and disagreed with moving the statue.

“The fact is, it was a different time, a different context of what was going on in people’s minds and thoughts as the country dealt with these issues, and we did deal with them. And Senator Fulbright ended with a career which is very well known,” Rapert said.

Just across from Fulbright’s statue is a fountain also named after the senator. It’s called the Fulbright peace fountain. He also was a recipient of the Presidential Medal of Freedom. Rapert thinks it’s time we not be triggered by everything and move past cancel culture.

“We need to learn how to discuss things, be able to disagree, but be able to get along in a civil manner, and I believe the University of Arkansas would be doing a disservice to allow themselves to cave into the woke culture,” he said.

Some of the other recommendations the committee made to the chancellor were changing the name of Brough hall, which he agreed with, and stripping Fulbright’s name from the college, which he disagreed with.

The statue of Senator Fulbright was installed in 2002, and President Clinton came to campus for its dedication.