Locals say water covers the bridge during heavy rains, but this time, part of the bridge is washed out, and they don't know who will fix it. 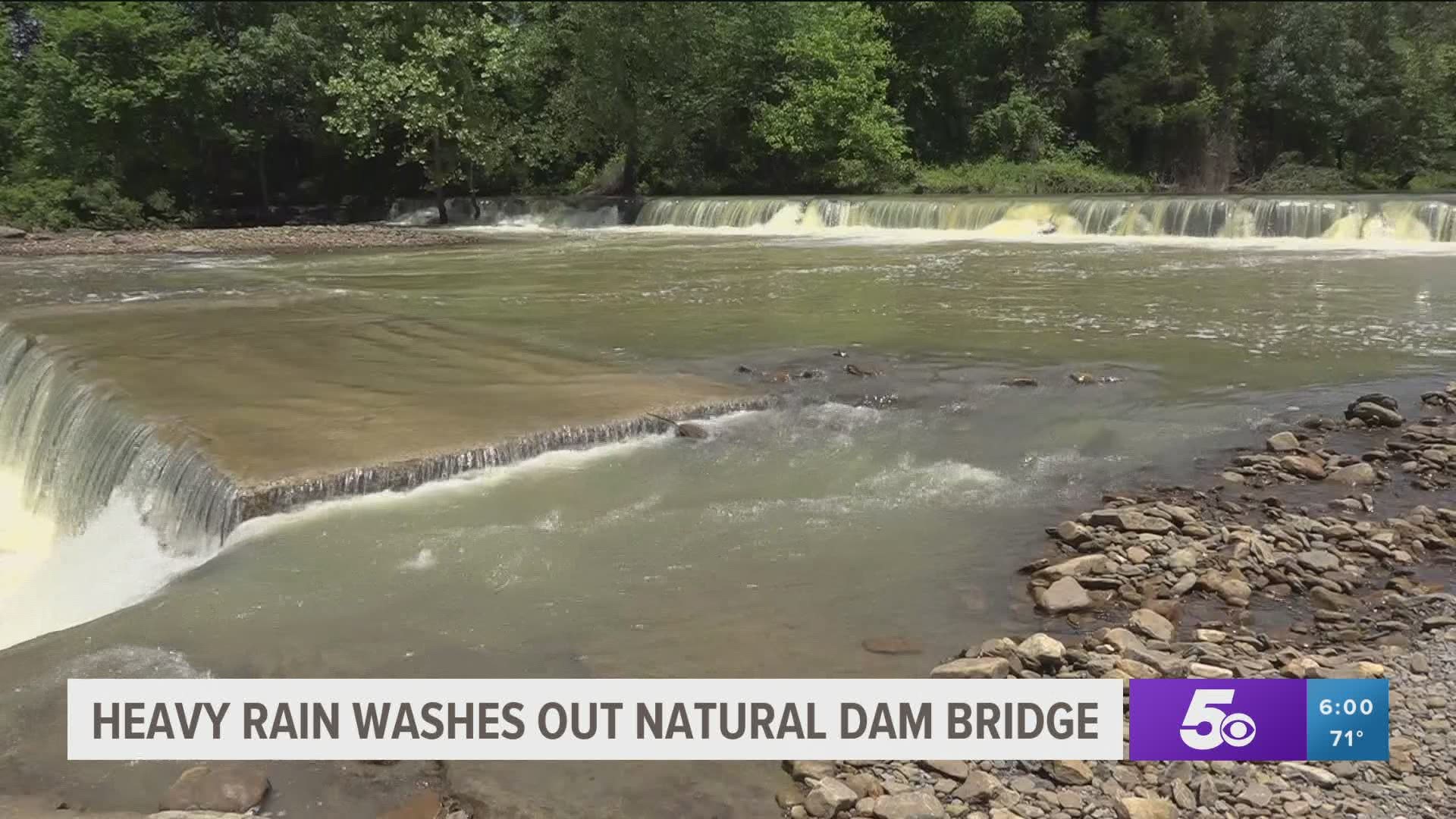 CRAWFORD COUNTY, ARKANSAS, Ark. — A washed-out bridge in Crawford County means some residents are stuck at home, and others can’t get home.

“It’s really frustrating. I’d like to either go home, and I’ve got neighbors over there that would like to come out,” Lawrence Swaim said.

Lawrence Swaim is one of the more than two dozen people who live across the Natural Dam bridge. Part of the bridge washed out after Thursday’s (May 27) rain, but he says the bridge has been really deuterating for the last few years. He says the U.S. Forest Service owns the land, but it’s a county road.

“10 families back there, our tax dollars are what’s supposed to be paying for this road. We aren’t complainers. We need to get something done because we’ve dealt with it for a long time, it’s just gotten to where we can’t deal with it anymore, and they won’t let us do anything ourselves,” he said.

Residents say in years past, neighbors with heavy equipment have moved the rocks from the road after rain washed them up on it, but the U.S. Forest Service gave them citations. They say something has to be done.

“My husband and I actually slept in our car thinking in a couple of hours maybe it would be okay, but it never did go down enough and what we discovered this morning is that even if the water had gone down, we couldn’t cross,” Vena Thompson said.

Vena Thompson says not only does she and most of her neighbors have jobs they need to get to, but some older adults are stranded in their homes.

“If they needed 911, if there was an emergency issue, it’s going to be a helicopter only to be able to get to them when you could just need an ambulance, and that’s not possible, there is no way for an emergency vehicle to get over there, and people are missing work,” she said.

5NEWS reached out to Crawford County about the issue, and they told us when the bridge floods, the road department goes out and removes the rocks from the culverts, but they didn’t comment further on the bridge being out. We also reached out to the U.S. Forest Service but haven’t heard back.