Native Americans have been protesting for years to get the statue of Christopher Columbus removed. Friday, it was finally removed after it was vandalized 3 times. 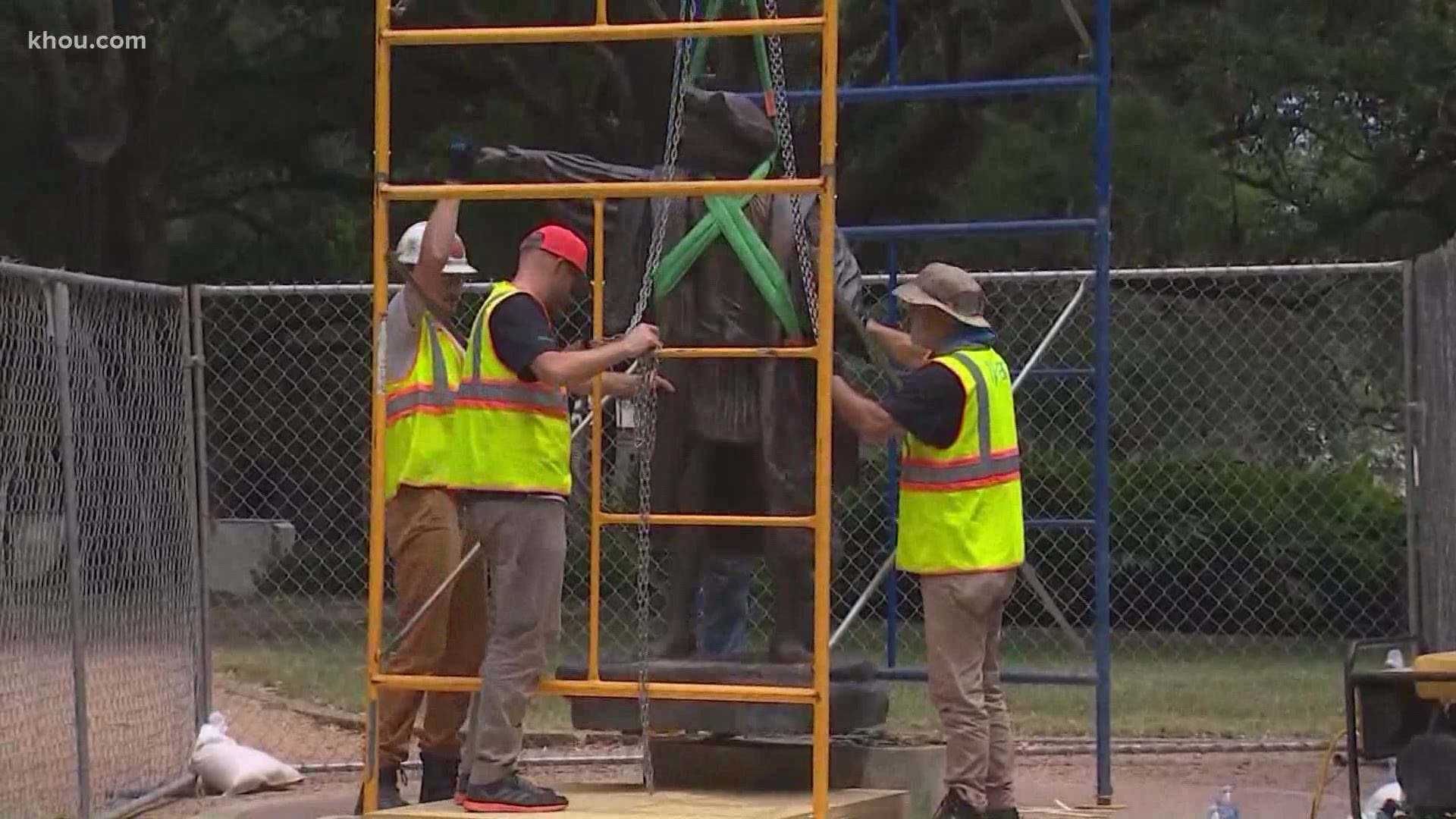 HOUSTON — A local statue of Christopher Columbus has sparked some controversy in the last few weeks. The statue finally came down. It was a sight some feared they would never see.

“Finally its coming down it came down I couldn’t believe it,” Chance L. Landry, a local Native American from the Lipan Apache tribe, said.

Landry, along with others, had been demonstrating for years to get the Christopher Columbus statue removed from Bell Park in the Montrose neighborhood.

“It’s a slap in our faces really every time, every year we have been demonstrating peacefully out there. Making people aware that its not right to have Columbus as a hero,” Landry said.

The statue was donated to the city in 1992 by the Italian-American Organizations of Greater Houston. But in the past week the statue had been vandalized three times. Someone threw tomato sauce on it, painted it red and cut off 1 of its hands.

RELATED: Houston's Christopher Columbus statue vandalized for a third time in one week

During Tuesday’s Houston City Council meeting, numerous people spoke out to get the statue removed.

On Friday, crews went out to the park and removed the statue. Putting it in the back of a truck.

“And, therefore, we believe that to vandalize and remove the Columbus statues is culturally insensitive and divisive. These statues were paid for through the donations from Italian immigrants in the 19th and 20th centuries. Although these new Americans had little in the way of monetary resources and were part of a marginalized community, discriminated against and exploited for their labor, they wanted to give what they could to have a statue of Columbus, representing their hope that one day they could be part of American life, achieve at higher levels and contribute to society.” 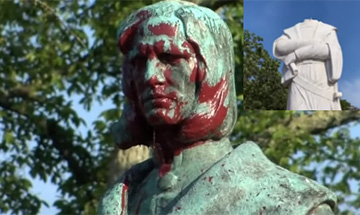 NIAF Protests the Destruction of Christopher Columbus Statues - The National Italian American Foundation
FOR IMMEDIATE RELEASE CONTACT: Natalie Wulderk nwulderk@niaf.org +1-202-939-3117 - The Foundation condemns the defacement and removal of Columbus statues across the nation.- (Washington, D.C. - June 12, 2020) - The National Italian American Foundation (NIAF) Board of Directors are united in their protest of the vandalization of the Christopher Columbus statues in Boston, Mass.; Minneapolis, [...]

But for local native American’s this statue was a symbol of genocide. A hurtful reminder of their past.

“It’s a drop in the bucket but still it’s the beginning. It’s like saying 'OK we can start healing now.' These people recognize this man should not be up there,” said Landry.

Council Member Robert Gallegos has started the process to rename Columbus day in the city of Houston. He is working with other members to change the name to indigenous people day.

Great news if you watch TV with an antenna

KHOU has just upgraded its technology. If you were unable to receive KHOU with your antenna in the past, try again on channel 11.11. You may have to rescan your channels for it to work – if that’s the case, we’ve got some instructions at KHOU.com/antenna. If you already see KHOU on 11.1, you may now ALSO see it on 11.11 – it’s the exact same programming. We’re really excited to be able to bring our KHOU 11 News, CBS shows and sports, Wheel of Fortune, Ellen and Great Day Houston to more homes around the area. If you’re still having trouble, please contact us here and we’ll try to get you set up.