The project could begin construction as early as 2027. 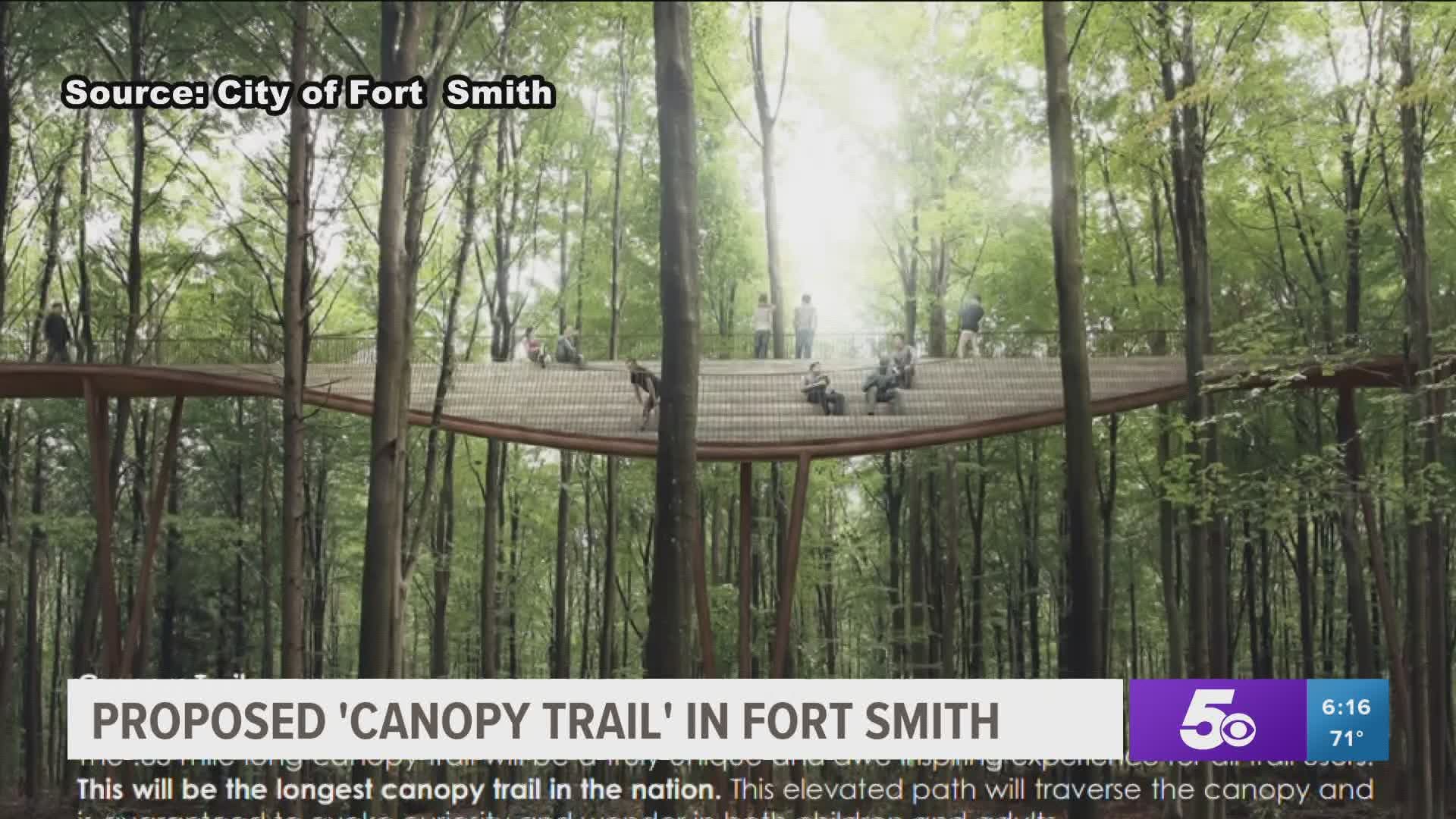 FORT SMITH, Ark. — The nation’s longest canopy trail could be coming to the Natural State. Fort Smith would be the home of this project.

Last Wednesday (May 12), conceptual designs were submitted to the Fort Smith Park and Recreation Commission. Included in the designs is a canopy trail stretching over three-quarters of a mile.

Planning for the trail began in 2018.

The original plan was for engineers to design soft surface trails. Those plans morphed into planning something outside the box.

The trail concept now includes the longest canopy trail in the United States, an elevated viewing area, and much more.

Fort Smith Board of Directors member Robyn Dawson voted for the trail system in 2018 and said things like this are needed to attract people to Fort Smith.

“We have to look at long-term growth for our city,” said Dawson.

Reinert agrees but says it won’t be cheap.

“Engineers estimate [it will cost] about $4.8 million, and they could be more could be less,” said Reinert.

The City is looking for possible ways to pay for the project but is still in the conceptual phase.

The project could begin construction as early as 2027. The trail will be used for running, walking, mountain bike and much more.