The artists who go by Dabsmyla painted the mural as part of OzArt’s ArKanas initiative in October. 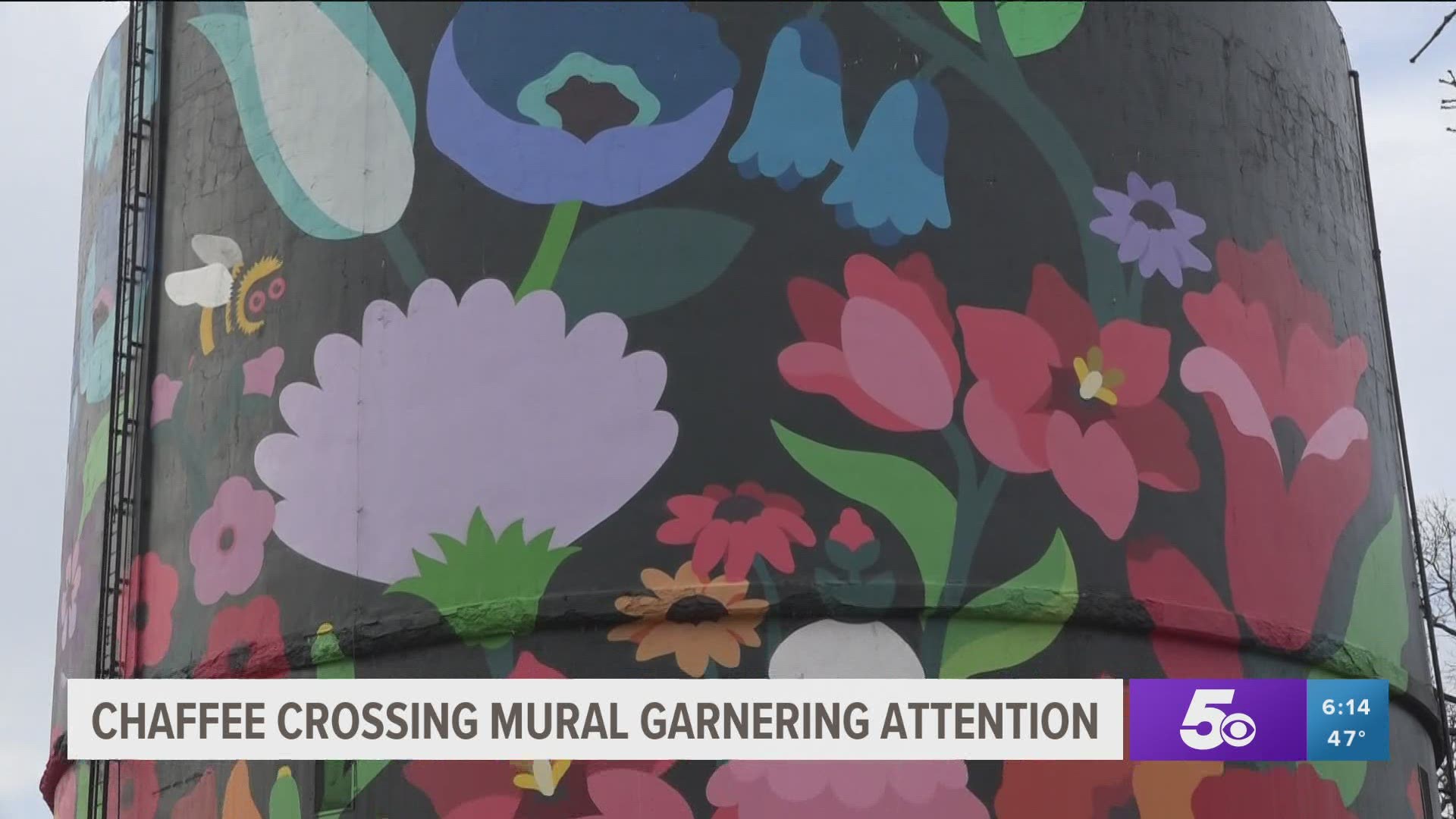 FORT SMITH, Ark. — A water tower that has been transformed into a work of art in a growing area is catching people’s attention.

“We wanted to create something that was really bright and colorful,” artist Myla said.

The mural is called "magical unity" and is painted on the once red and white checkerboard water tower on Wells Lake Road at Chaffee Crossing.

The artists who go by Dabsmyla painted the mural as part of OzArt’s ArKanas initiative. Dabsmyla say when they were painting the mural back in October it was great to have people stop by who were interested in the transformation.

“I think a lot of people weren’t that happy with what it looked like before hand. I think it had a checkerboard, it might have been painted that way in the 50’s, who knows how long it had looked like that. It seems people were really happy to see it transformed into something much more vibrant,” Dabs said.

With the water tower getting international attention, the Fort Chaffee Redevelopment Authority says it’s exciting to know that the murals are attracting tourism to our area especially with all the growth at Chaffee Crossing.

Lorie Robertson with the FCRA says the feedback from the community has been very positive and this mural is just another quality of life factor.

“There are about 35 residential neighborhoods across our development and there are getting to be more commercial opportunities for shopping and dining and services, so the people who live in this area of the city are able to do business close to home,” Robertson said.

This water tower is one of 12 murals that were painted across Arkansas as part of ArKanvas, but was the only one painted in Fort Smith. There are several in Northwest Arkansas and the rest are in Central Arkansas.