A local woman is dead following a house fire in Mulberry. An investigation is still underway to determine what caused the flames. 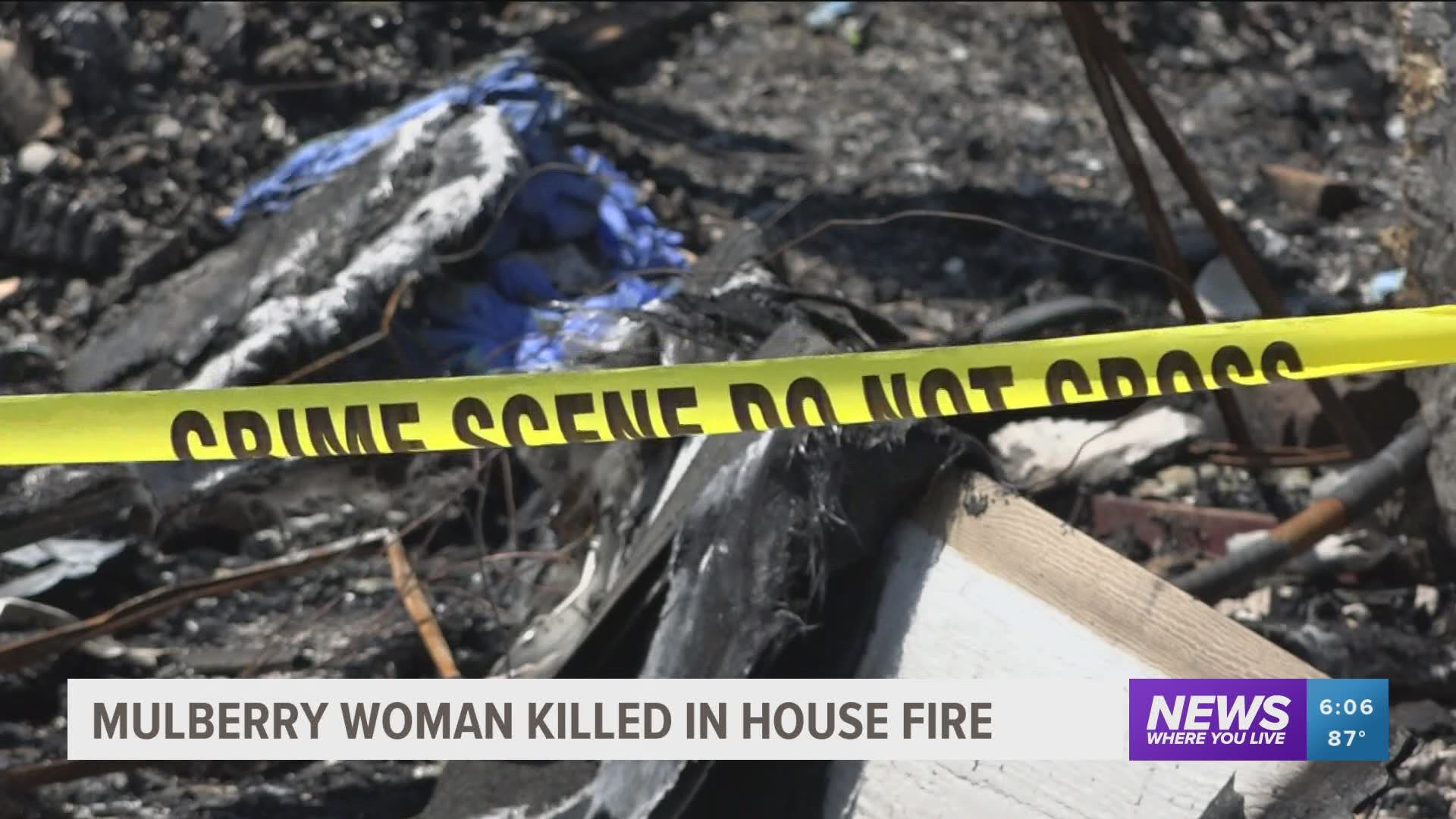 MULBERRY, Ark. — A local woman is dead following a house fire in Mulberry over the weekend, and authorities are still working to determine what sparked the flames.

Standridge's body has been sent to the Arkansas Crime Lab for a full autopsy.

Investigators have not yet released the official cause of the fire. The Franklin County Sheriff's Office told 5NEWS they are not ruling out any leads into what caused the flames.

RELATED: Russellville woman charged for a murder-for-hire plot involving her own son

RELATED: One person dead after car crashes near Ozark home