The Mulberry Fire Dept. was dispatched to the apartments Tuesday (May 4) night. Upon arrival, the fire was already coming out of the roof of the west end units. 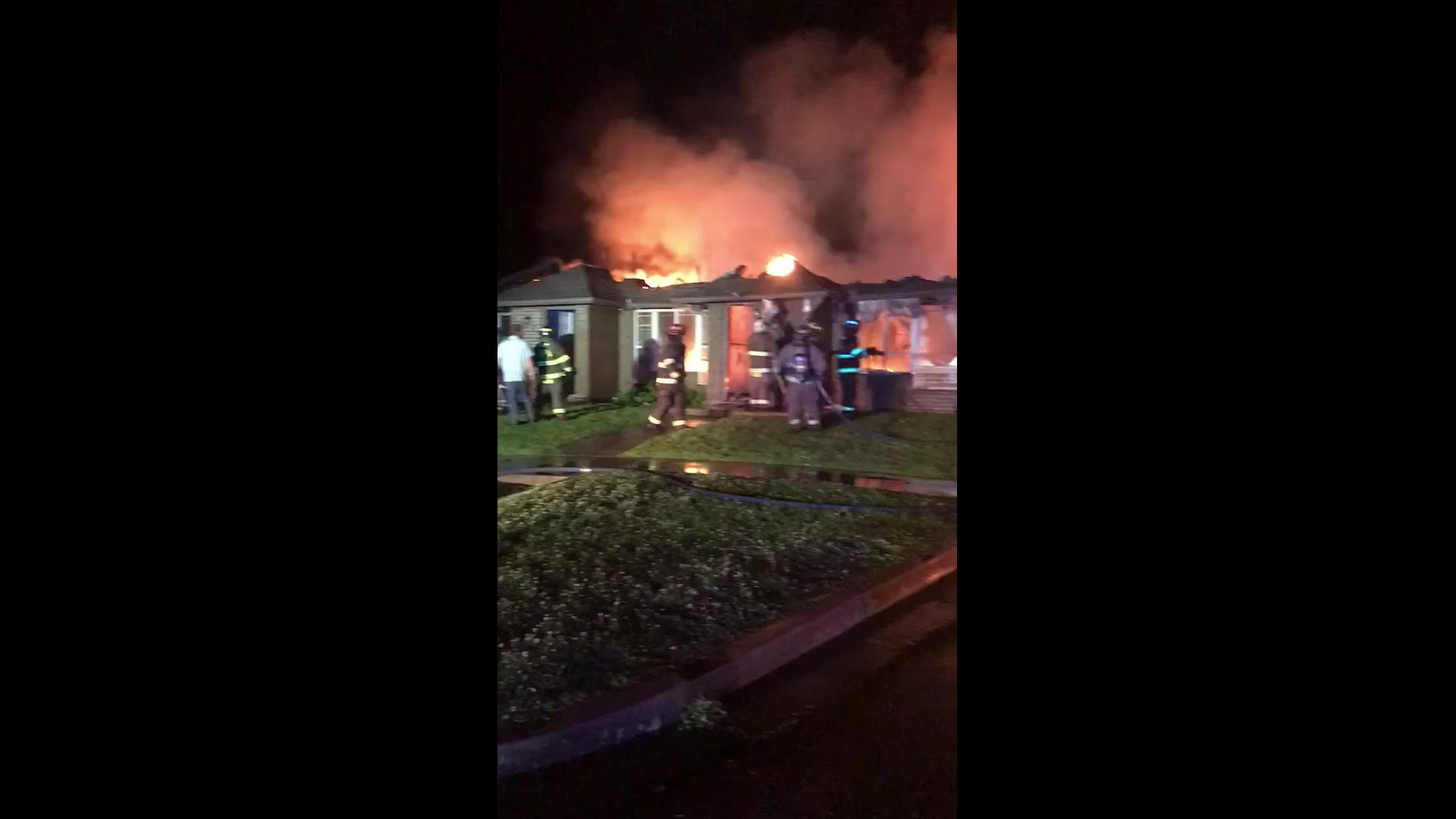 MULBERRY, Arkansas — The Mulberry Fire Department (MFD) was dispatched to the Quail Run Apartments at 9:40 p.m. for a four-unit structure fire.

When crews arrived on the scene, the fire was already coming thru the roof of the west end of the units, according to a Mulberry firefighter.

The fire was extinguished, but all four of the units received extensive damage.

According to Mulberry Mayor Baxter, there were no injuries reported, and the cause of the fire is still under investigation.

Red Cross was called for the families who resided there.

The MFD was assisted by the Dyer Fire Department and the Crawford Sheriff's Office.