40-year-old Tara Strozier was listed as missing by police on July 19, 2021. Her body was located in a pond near Rock Island on Thursday. 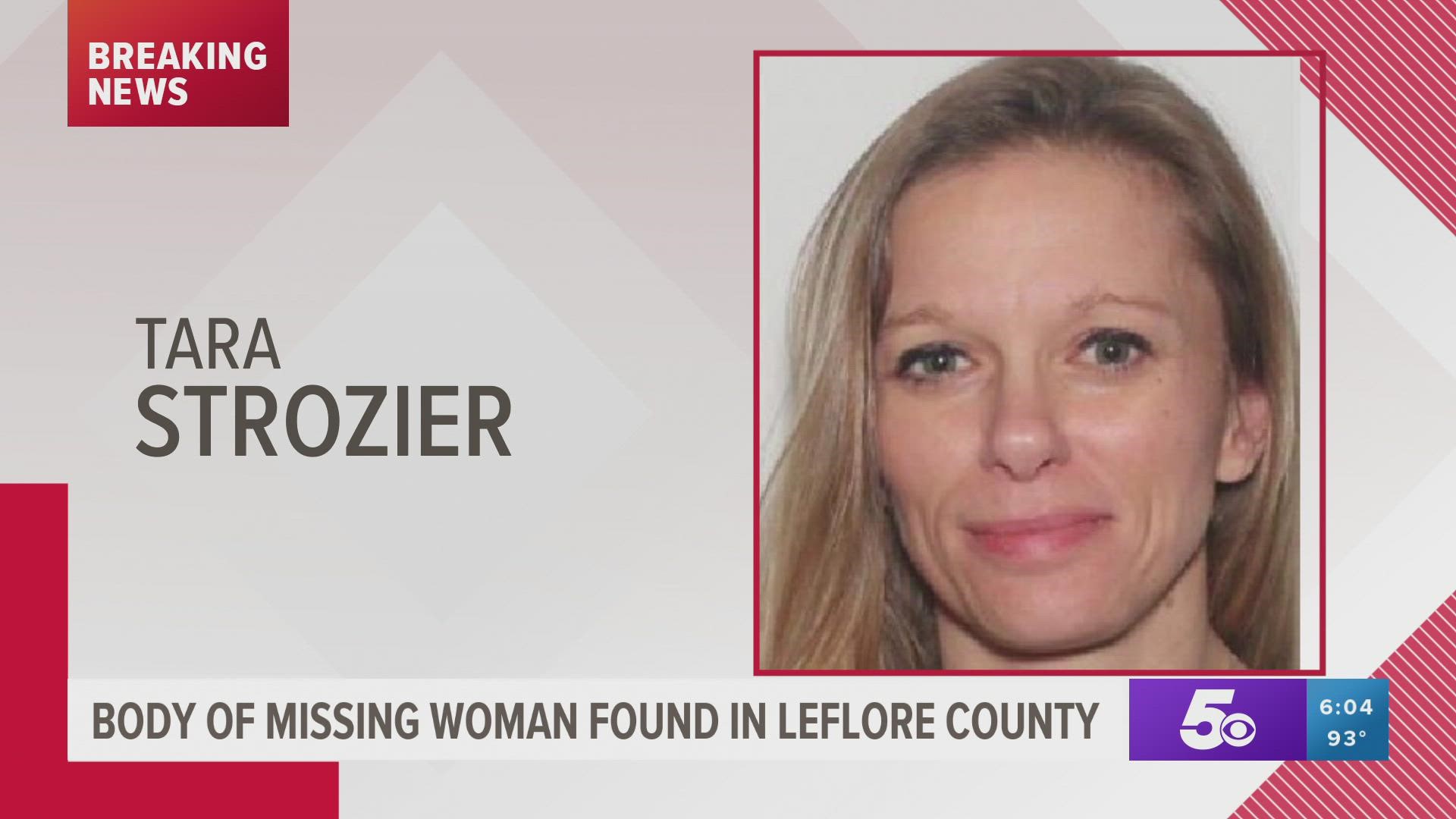 FORT SMITH, Ark. — Three men are behind bars after the body of a missing Fort Smith woman was located in a pond near Rock Island in LeFlore County, Oklahoma.

40-year-old Tara Strozier was listed as missing by police on July 19, 2021. She was last known to be driving a black Volkswagen Jetta with a Florida license plate.

The LeFlore County Sheriff's Office assisted the Fort Smith Police Department to search for Strozier following a tip that she was possibly last seen in the Cameron, Oklahoma, area.

According to the Oklahoma State Bureau of Investigation (OSBI), a black Volkswagen Jetta was found abandoned in a private drive in Cameron. Due to the car being located without Strozier, foul play was suspected. The LeFlore County Sheriff's Office requested OSBI's help in the investigation.

Based on a joint investigation between OSBI, the LeFlore County Sheriff's Office and Fort Smith Police Department, authorities believe Strozier was tortured at a mobile home off Neblett Ridge Road in Cameron before being murdered by a pond near Rock Island.

Three suspects have been identified in the disappearance and murder of Strozier. Alex Nathaniel Davis, 30, Austin Johnson, 23, and Kaelin Hutchinson, 24, have all been arrested for Strozier's death. They all face first-degree murder charges, and Hutchinson has also been charged with obstruction of an officer.

OSBI says Davis admitted to killing Strozier while Johnson was present. They say the men killed Strozier by the pond, weighed her body down and threw her into the water.