Milt Earnhart, a beloved figure in the Fort Smith Community, and first Channel 5 Weatherman, passed away on June 6, 2020. 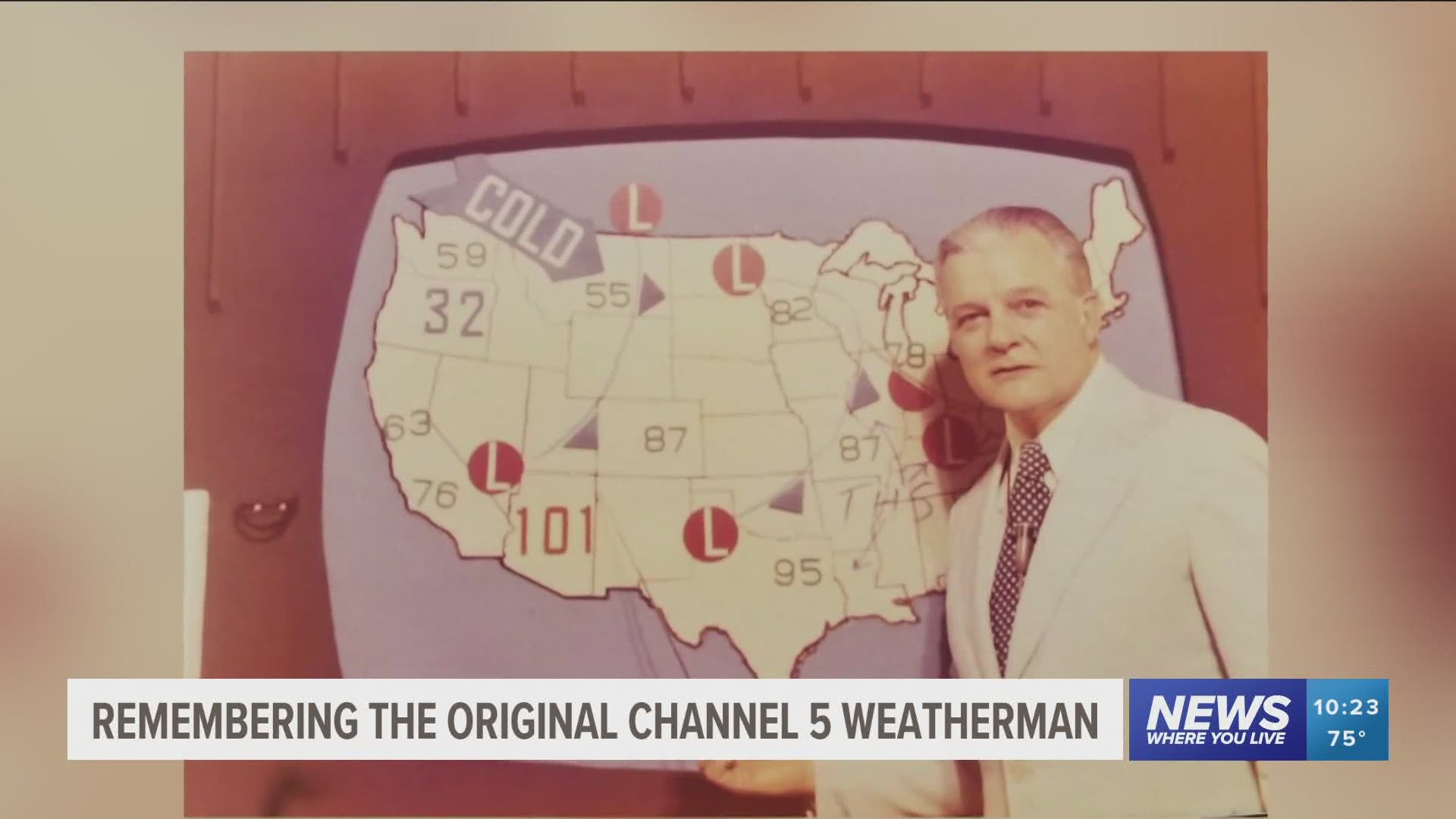 FORT SMITH, Ark. — Milt Earnhart, a beloved figure in the Fort Smith Community, and first Channel 5 Weatherman, passed away on June 6, 2020. He was 102-years-old. Those who knew him spoke up about his impact on the greater area.

Jim Kell, one of the other original members of the Channel 5 news team shared what it was like working with Earnhart back in the 50s.

"He was nicely dressed, he often had a flower in his lapel. No one looked better on camera than Milt, and that was before color television. I used to kid with him and say 'Milt, you care more about your looks than what you sound like,'" Kell said.

People who knew Earnhart say he was a gentleman, who lightened up whatever room he was in. His friends fondly remember his 100th birthday party, his old coworker saying he hadn't aged a day.

"His attitude at his birthday party was indicative of who he was, he was active and he loved being around people," former Fort Smith Mayor Sandy Sanders said.

"Milt up until the last time I saw him I could never tell any difference that he had aged or shown any signs of getting old. He looked and acted the same at 100 as he did when he was 50," Kell said.

Earnhart served in the US Army during WWII.

"The fact that he died on D-Day (June 6) really speaks volumes to his time serving during WWII," Sanders told 5NEWS.

He also served as an Arkansas State Representative from 1959 to 1980.

Our thoughts go out to Milt's friends and family, and we say thank you to Milt for his time here at Channel 5 KFSM.