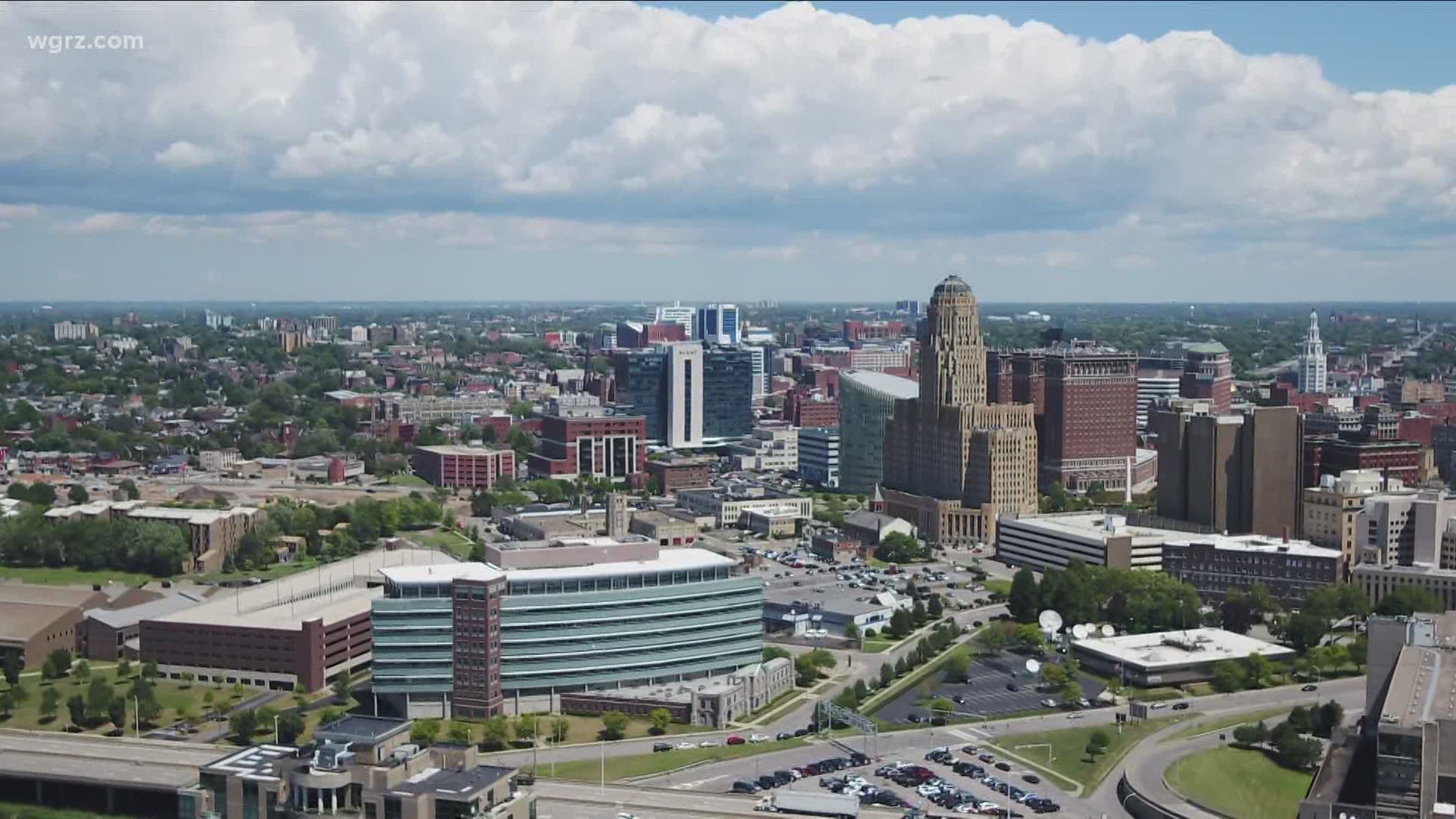 "The team will be comprised of six police officers, two lieutenants, three clinicians and the clinicians' program supervisor," he said.

However, on Thursday, several social workers and mental health advocates gathered on the steps of City Hall voicing their strong opposition to the idea.

They believe it's putting a band-aid on a larger problem.

Prior to addressing the media Thursday evening, the group wrote a letter to Mayor Brown and Buffalo Common Council Members.

In just one day, it got more than 160 signatures.

Another speaker who is also a social worker said, “Social workers are not gonna get behind elected officials saying black and brown people do not deserve protection.”

One of their primary concerns is that they believe social workers should not be embedded into police departments.

"When you do that, it's not the social workers' structure and rules that are determining that situation. Police are the ones with more power in that situation. They have the guns for starters. So I don't think that situation is gonna be managed in a way that a social worker can fully exercise the skills and the tools that we have," said Nancy Smyth, the Dean of the University at Buffalo School of Social Work.

Smyth added, "And let me just imagine for a moment that you are a black or brown person, who is feeling very scared and threatened because of your mental health issues and a police officer shows up with guns. Probably a white police officer, but regardless, you've been watching not just on TV but in your own community, watching what happens when that happens. Is that gonna make you feel less threatened? Absolutely not. It's actually gonna escalate the situation."

Last year the Cheektowaga Police Department adopted a similar program to the one proposed in Buffalo and organizers there said it's been successful.

Learn more about that program here.

Still, Smyth told 2 on Your Side, "Overall nationally the data doesn't support it. So if we've had great results so far, that's great. I say we're gonna get better results with independent."

Rodriguez said, "We are asking specifically to re-allocate funding from the Buffalo Police Department's budget because this is not police work. Mental health is not a police issue. It is a public health issue and it deserves to be funded as such."

A group of social workers and mental health advocates sent a letter to Mayor Brown and Buffalo Common Council Members. The letter is in opposition to the mayor’s announcement earlier this week about the police department partnering with mental health professions. pic.twitter.com/bEhpIDmYdL

We received this statement from a spokesperson with the City of Buffalo in response:

“From research it is clear there is a place for cooperation between social workers and law enforcement when we are responding to people experiencing emotional distress. Many situations require both a trauma informed care approach by a social worker and the presence of police because the individual may still be a danger to themselves or others, including the social worker who is responding. It is important to note that mental health professionals routinely request assistance from the Buffalo Police Department when they receive a call for service for a situation involving a person experiencing a mental health crisis. This joint approach to assisting people in distress has been most recently endorsed by the National Association of Social Workers in an op-ed the organization published in the Wall Street Journal on June 15th of this year.

The officers and social workers of the BHT aim to get people in distress the assistance they need, produce a better outcome for that individual, and ensure the safety of everyone involved. The funding for this new initiative went to Endeavor Health Services and not to the Buffalo Police Department, so it cannot be allocated for a different purpose or to a different organization. And most importantly, the BHT will mean more social workers in the field helping people and more tools for police to peacefully resolve these situations, which are goals we all want to achieve.”

To read the letter in its entirety, click here.