Mayor Frank Scott Jr. walked around a Southwest Little Rock neighborhood Monday to talk with residents about what can be done to better the community. 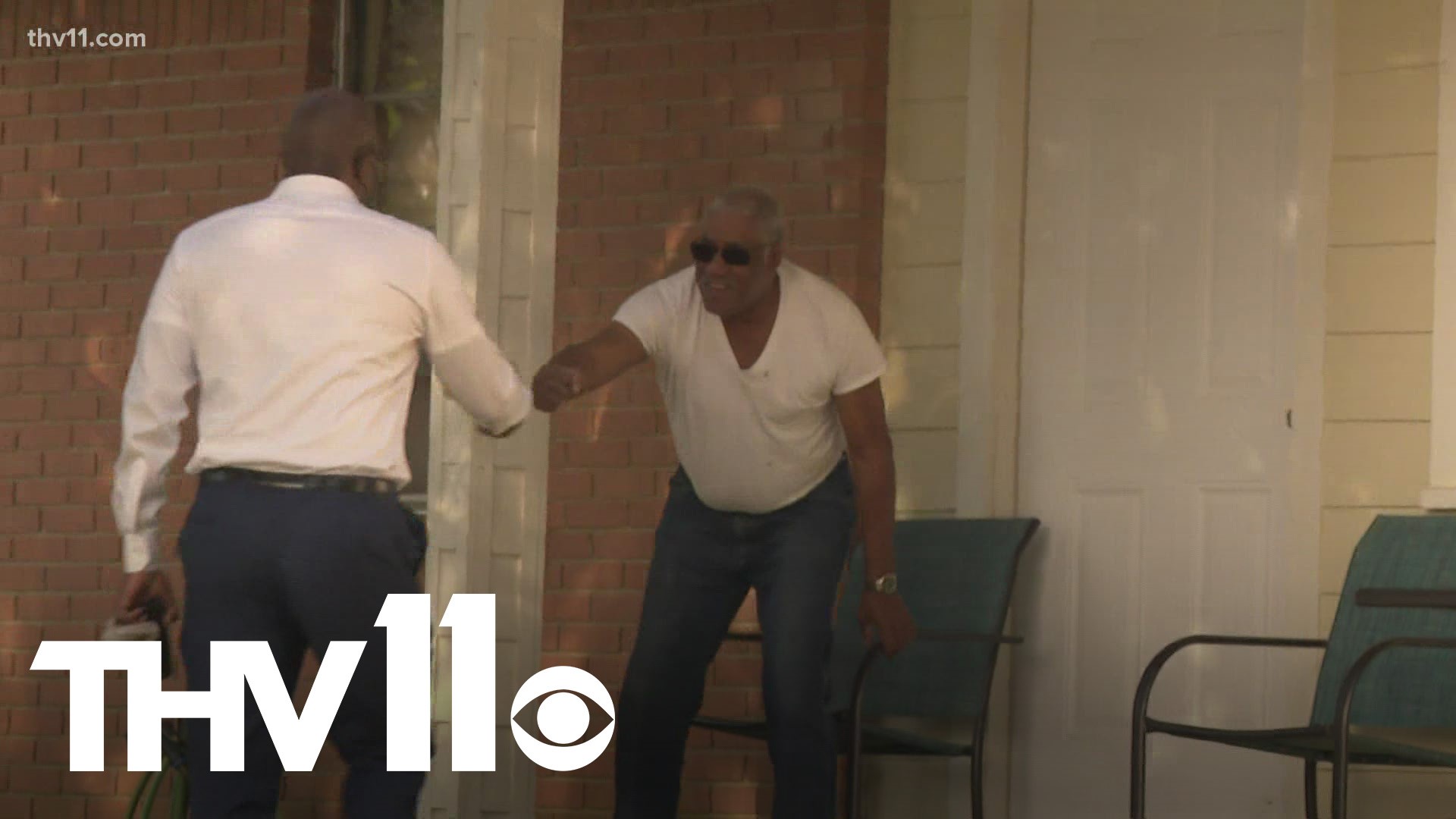 LITTLE ROCK, Ark. — Mayor Frank Scott Jr. walked around a Southwest Little Rock neighborhood Monday to talk with residents about what can be done to better the community.

Called "Scott Strolls," this walk is the first of many. Mayor Scott plans on walking around every neighborhood in Little Rock. The walk around Wakefield Park Monday was his first.

"Just have a chance to show him some of the improvements we've seen and some of the things we need in Southwest…it's unbeatable," she said.

"If there’s something that needs to be done or needs to be had, we all out here in Southwest come together," she said.

Mayor Scott is trying to get the word out about his penny sales tax proposal. That money would go towards things like parks, education, and affordable housing.

"Going to their porch stops and seeing exactly what they need. So, that's the whole point. It's for me to get to the people," he said. "We want to continue to invest in the community from a public infrastructure standpoint as well our parks and recreation."

Improvements like new sidewalks have already come to the Wakefield Park area thanks to the last sales tax increase.

O'Neal believes that money can make a big difference for her neighborhood.

"Streets. There's a lot of roads that need to be fixed. Housing… I can go on and on," she said.

Coming off another homicide this weekend, Mayor Scott also wanted to check in with how people are doing.

"Anytime that we're out in the community whether it's myself or the men and women of the Little Rock Police Department that's always great," he said.

The next "Scott Stroll" will start in War Memorial Park and walk through the Hillcrest neighborhood. That's next Monday, April 19, at 6 p.m.